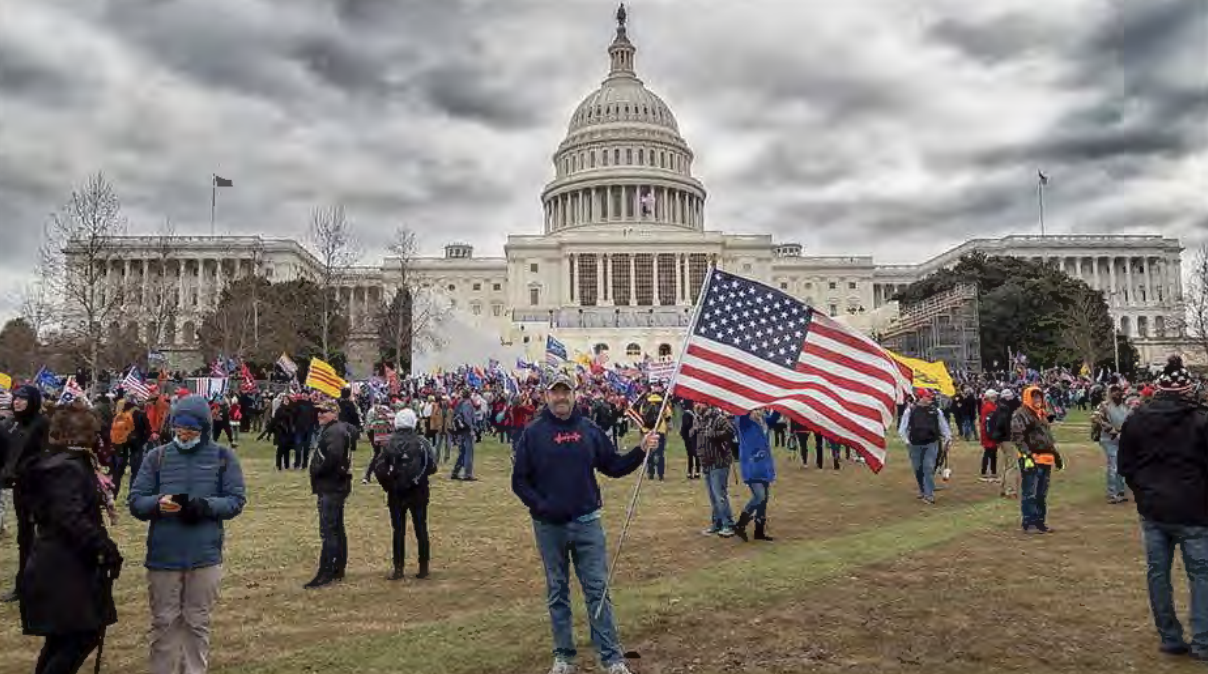 In a first among the January 6 cases, the government has moved to dismiss the trespassing and obstruction charges against Christopher Kelly, a New Yorker whose arrest documents quoted Facebook postings saying that he was going to the riot with a former NYPD cop believed to be his brother and some Proud Boys.

The Kelly Facebook Account also shows that on January 4, 2021 another Facebook user (User 2) asked KELLY, “How are things there?? Gonna be crazy on the 6th eh?” KELLY responded, “Yea Im leaving tomorrow in the afternoon to gey there early.” He added, “Yea driving its only 250miles.” User 2 stated, “Enjoy the occasion, hope it all goes to plan. Stay safe, Antifa will be out in force.” KELLY responded with, “No worries, I’ll be with ex NYPD and some proud boys. This will be the most historic event of my life (emphasis added).”

And unless there was a horrible mistake, his Facebook posts also show that he entered the Capitol and was enthusiastic about the results.

At 2:22 pm EST Chris Kelly posted the photograph in Figure One. A chat participant asked, “You’re there, @Chris Kelly? What’s really going on?” At 2:25pm EST, KELLY responded, “MAGA is here full on. Capitol building is breached.” At 2:30pm EST KELLY added, “Tear gas, police, stopped the hearing, they are all headed to the basement,” and, “Fuck these snakes. Out of OUR HOUSE!” (emphasis added).”

One possibility is that he didn’t enter the Capitol, his brother did, and that because Kelly sent the picture the government believed he had been inside.

I had pointed to his case back in April as one where the defendant, by proximity to the Proud Boys but not one of them, might have enough to offer to get a cooperation agreement.

As of less than a month ago, his excellent attorney, Edward McMahon, was still discussing a plea, not outright dismissal.

Since that time, counsel have engaged in substantial plea discussions that would, if successful, render moot the current hearings. Both parties agree that a continuance of the preliminary hearing and status conference date is warranted to allow for the continuation of plea discussions with an eye towards a resolution of this case.

But instead, his case will be dismissed and his record will remain clear.

There are a couple of things — aside from any cooperation he already provided — that might explain the dismissal.

First, as noted, the former NYPD he was traveling with was his brother, and no one resembling his brother has shown up in arrest records. If his brother had ties to the Proud Boys, then it might be more important to pursue him than Kelly. So maybe that’s what’s happening in lieu or prosecuting Kelly.

A far more interesting possibility would involve the established informant who first provided the tip turning Kelly in.

On or about January 9, 2021, CS-1 identified a Facebook account as being utilized by “Chris Kelly.” CS-1 provided to the FBI screenshots containing content posted to and sent and received by this account. The materials provided by CS-1 included a screenshot of the account’s profile picture.

1 Since in or about 2019, CS-1 has provided information to FBI in exchange for monetary compensation. CS-1 has no criminal record and the information provided by CS-1 has been proven to be reliable in the past.

There were maybe five established informants involved in the original tips out of all the January 6 defendants (and the case of one of the others, Timothy Hale-Cusanelli, also has problems). But informants in the vicinity of the Proud Boys pose particular problems, because there are reports that a whole slew of them were feeding tips to the FBI before January 6. And if one of them had his own involvement in January 6, but decided to narc out Kelly for cash or to divert attention from himself, that would make a case against Kelly unsustainable.

Another possibility, again, is that he didn’t enter the building. The pictures he posted of himself show him well outside the boundary of the restricted zone.

Whatever it was, the government wants to dismiss the case without prejudice.

The defendant was arrested on a Complaint in this matter on January 20, 2021, and he had his initial appearance before this Court on February 9, 2021. The matter has been continued several times and the next date is June 2, 2021 for preliminary hearing and status conference. The government and defense counsel have discussed the merits of the case, and upon reflection of the facts currently known to the government, the government believes that dismissal without prejudice at this time serves the interests of justice. The defendant consents to this motion to dismiss the Complaint without prejudice.

By dismissing the case “without prejudice,” the government could bring it back if circumstances change. But for now, Kelly becomes the first charged January 6 defendant to walk.

Update: Josh Gerstein gets confirmation that DOJ dismissed this because they have no evidence that Kelly entered the Capitol.

However, subsequent inquiries indicated that Kelly never actually entered the Capitol, according to a law enforcement official.

Prosecutors maintain that breaching the police lines outside the building is illegal, but few if any people have been charged in federal court solely for that.

“Since he was not inside, in the interest of consistency in the investigation, the charges were dropped,” the official said.