Wegman and NYT on Judge Katzmann 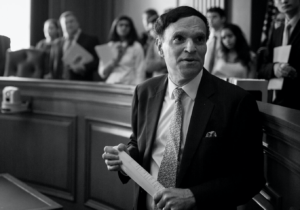 I noted this on Twitter, but there is a really important opinion piece at the NYT by Jesse Wegman on Judge Robert Katzmann, who passed away this week far too early at age 68. Usually, when NYT or WaPo etc. are brought up they are being bashed, but not today. Jesse Wegman has penned a magnificent, and compact, honor to Judge Katzmann, and you should read it.

I will not overly quote it because I want you to go read Jesse’s work. Suffice it to say that most of the world knows Robert Katzmann as the dissenting judge in a 2-1 2nd
Circuit opinion on Brady v. NFL, the Deflategate opinion, that got it right. But he was so much more than that. One of the most brilliant of judges, and best writers, of a couple of generations. Yes, the exact kind of judge you want on the bench. As Mr. Wegman intones, we need more Katzmanns on the bench. Even under Dem Presidencies, the country is not getting enough of them.

Without further adieu, here is a taste:

“The complicated humanity of others — whether judges, litigants, citizens or lawmakers — was at the heart of Judge Katzmann’s understanding of the world. He saw it in the work of Congress, where laws that are supposed to serve as clear guideposts are often vague, ambiguous or self-contradictory, like the people who wrote them. Some jurists see all that messiness as irrelevant if not dangerous, and steer as far from it as possible. Supreme Court Justice Antonin Scalia was the leading advocate of this approach, known as textualism, and refused to consider anything that was not in the black-and-white text of the law in front of him.
…
Judge Katzmann, the first ever federal judge with a Ph.D. in political science, worked from a more balanced perspective. Laws are “expressions by the people’s representatives of this nation’s aspirations, its challenges, and approaches to those challenges,” he wrote. “When judges interpret the words of statutes, they are not simply performing a task. They are maintaining an unspoken covenant with the citizenry on whose trust the authority and vitality of an independent judiciary depend.”

Go read the whole thing. It is a portrait of what you want a judge to be. Katzmann was superlative. But he is not alone, there are many judges out there trying to do the right thing, and not getting enough credit for it. I see them in court, and have for a very long time. Even know a few. But it is harder to see from the 30,000 feet airplane view of the internet. Robert Katzmann was special, but there are others too.