On Helmets And Vaccinations 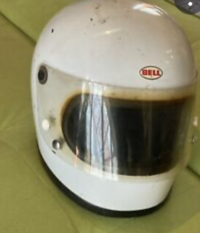 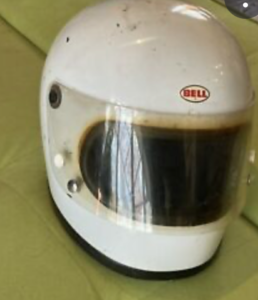 Okay, so I told an old war story from the motorcycling days of my youth in an earlier thread. In response to a Raven Eye comment, I said:

“Your story of father and BB guns really holds water though. A friend and me, pre driver’s license, used to ride dirt bikes all over what is now suburbia. We would take 410 shotguns out quail and dove hunting. They seemed, shall we say, not very effective at range. So, one day with leathers and helmets on, we paced off, maybe 50-75 yards and shot at each other. We each took some pellets but no harm. And that is the kind of stupid your father foresaw.”

As stupid as it sounds on the surface, it was fine. We were both wearing motorcycling attire and full coverage helmets. Looking back, it still falls in the “things you ought not do” department. But we were in no real danger, just young and stupid.

I’ll get to the “vaccinations” part of this post in a minute, but back to helmets. I never even thought to wear a bicycle helmet, whether riding on the streets of Tempe in college (hey, I got sideswiped once!), or on those of Santa Monica in the summers. Literally never crossed my mind. Now they are ubiquitous on almost every bicyclist you see.

Back to the helmet thing. I wore a Bell Star, with flip down visor. It cost an insane amount of money at the time, but my mother paid it in a heartbeat, as my friends and I did not just ride to hunt quail and dove, we raced motocross and hare and hounds. It was the classic white Bell Star one, with a flag decal on each side. My friend in this story did not wear a Bell, but, I think, a Shoei. There were not that many full coverage helmets that early. Either way, we were pretty safe for the 410 test.

That Bell helmet later saved my life. I had done some wrenching on a friend’s Yamaha 250 (close to what I had raced earlier), and was taking it home to him. Doing 30-40 mph on a large street with a palm tree median when a little sports car made a left turn in front of me. The bike collapsed into the side, and I was catapulted over it and landed 20-30 yards on the other side, on my knees, elbows and head. The elbows were skinned, the knees really hurt, and the trusty Bell Star was cracked in the cranium section. Cracked. That would have been my head. I went to the hospital for a checkup, but was released within a couple of hours. Concussions were not yet a thing.

Such is the value of helmets. But how many people out there now, without a thought, wear bicycle helmets, but ignorantly refuse to get vaccinated? I honestly do not know the answer, but it strikes me that it may be a quantifiable amount. And how is that exactly? Here is an NFL player, once “hesitant” that found the vaccine jesus. Good for Travis Kelce. For one and all, PLEASE go get fully vaccinated; it is good for you, your family and society. It, like helmets, can save lives. Do it.

Tucker Carlson and Glenn Greenwald Are Outraged that Bill Barr Set Up Antifa!!!!... PCLOB: The Essential Oversight Link Designed to Be Inadequate