On the Missing Inspector General Report[s] about Wilbur Ross’ Lies 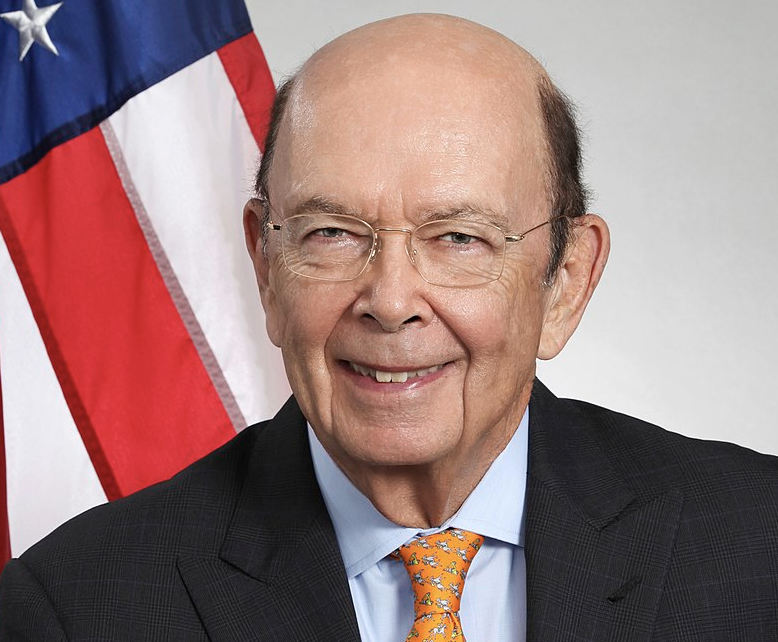 There was a big news blitz yesterday on the news that the Commerce Department’s Inspector General had concluded Wilbur Ross twice misled Congress about the rationale for including a citizenship question in last year’s census.

The claim was based off a letter from Inspector General Peggy Gustafson — who was nominated under President Obama — explaining what had become of a 2019 request to investigate whether Ross had lied. In her letter, which was publicly released, Gustafson revealed the outcome of her investigation.

This investigation was presented to and declined for prosecution by the Public Integrity Section of the DOJ’s Criminal Division.

She sent the report to Congress along with her letter. But the report itself has not been released publicly or, best as I can tell, even leaked with those who wrote stories on the letter.

Reports on DOJ’s declination created a great deal of outrage that Merrick Garland had declined to prosecute the case. Only, as an AP correction revealed, Garland’s DOJ hadn’t declined prosecution. Barr’s DOJ did.

This story has been corrected to reflect that the decision not to prosecute Ross was made by the Department of Justice during the Trump administration, not the Biden administration.

But corners of the media blitz left out a lot more details about the context of the original request. It came after a Republican strategist, Thomas Hofeller, died, leaving his Democratic daughter to go through his papers, only to discover he, and very racist plans for gerrymandering, were behind the census question. After that smoking gun was discovered, House Oversight (starting under Elijah Cummings before he died) did more investigation and then a bunch of Senators asked for an investigation.

And after DOJ kept appealing a District Court ruling on the question in NY, even the Supreme Court found that Commerce had misrepresented the reason for the question.

Finally, we have recognized a narrow exception to the general rule against inquiring into “the mental processes of administrative decision-makers.” Overton Park, 401 U. S., at 420.

On a “strong showing of bad faith or improper behavior,” such an inquiry may be warranted and may justify extra-record discovery. Ibid. The District Court invoked that exception in ordering extra-record discovery here. Although that order was premature, we think it was ultimately justified in light of the expanded administrative record. Recall that shortly after this litigation began, the Secretary, prodded by DOJ, filed a supplemental memo that added new, pertinent information to the administrative record. The memo disclosed that the Secretary had been considering the citizenship question for some time and that Commerce had inquired whether DOJ would formally request reinstatement of the question. That supplemental memo prompted respondents to move for both completion of the administrative record and extra-record discovery. The District Court granted both requests at the same hearing, agreeing with respondents that the Government had submitted an incomplete administrative record and that the existing evidence supported a prima facie showing that the VRA rationale was pretextual.

That evidence showed that the Secretary was determined to reinstate a citizenship question from the time he entered office; instructed his staff to make it happen; waited while Commerce officials explored whether another agency would request census-based citizenship data; subsequently contacted the Attorney General himself to ask if DOJ would make the request; and adopted the Voting Rights Act rationale late in the process. In the District Court’s view, this evidence established that the Secretary had made up his mind to reinstate a citizenship question “well before” receiving DOJ’s request, and did so for reasons unknown but unrelated to the VRA. 351 F. Supp. 3d, at 660.

John Roberts laid out the evidence that Commerce’s IG must also have relied on.

[I]t was not until the Secretary contacted the Attorney General directly that DOJ’s Civil Rights Division expressed interest in acquiring census-based citizenship data to better enforce the VRA. And even then, the record suggests that DOJ’s interest was directed more to helping the Commerce Department than to securing the data. The December 2017 letter from DOJ drew heavily on contributions from Commerce staff and advisors. Their influence may explain why the letter went beyond a simple entreaty for better citizenship data—what one might expect of a typical request from another agency—to a specific request that Commerce collect the data by means of reinstating a citizenship question on the census. Finally, after sending the letter, DOJ declined the Census Bureau’s offer to discuss alternative ways to meet DOJ’s stated need for improved citizenship data, further suggesting a lack of interest on DOJ’s part.

Altogether, the evidence tells a story that does not match the explanation the Secretary gave for his decision. In the Secretary’s telling, Commerce was simply acting on a routine data request from another agency. Yet the materials before us indicate that Commerce went to great lengths to elicit the request from DOJ (or any other willing agency). And unlike a typical case in which an agency may have both stated and unstated reasons for a decision, here the VRA enforcement rationale—the sole stated reason—seems to have been contrived.

After SCOTUS ruled Commerce could not include a citizenship question in the census, the plaintiffs asked the judge to sanction DOJ and Commerce officials who made misrepresentations to the court. Judge Jesse Furman made the government pay fees but did not further sanction the government witnesses in question.

That is, the underlying record has been known for some time. The only thing new in the record, as far as we know, is that — after a bunch of Senators asked for an investigation into this — the Commerce IG agreed with John Roberts and referred Ross for prosecution, only to have Barr’s hyper-politicized DOJ — a DOJ that was itself caught making untrue statements to the District Judge in the NY case — decline prosecution.

Which makes it all the more curious that Commerce didn’t publicly release the report along with the letter. The report is done. Why not release it publicly, as past derogatory reports about Ross were released?

One more detail that may explain DOJ’s silence in response to this news. The original letter from a bunch of Senators requesting the investigation wasn’t addressed just to Commerce. It was also addressed to Michael Horowitz, DOJ’s Inspector General. There’s no sign of such an investigation on their site (and I have thus far gotten no response to a question about this from them) — but they don’t include all their investigations.