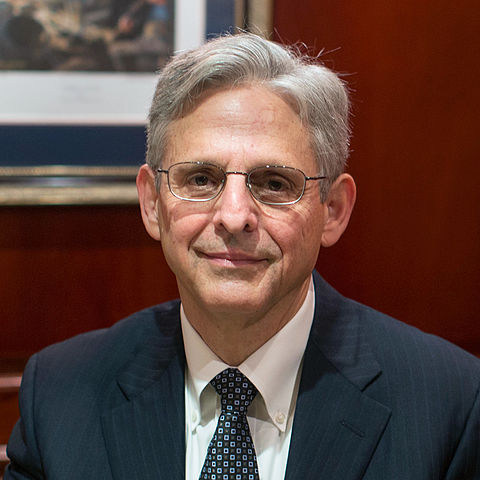 I’m waiting for the arraignment hearing for the Chair of the former President’s Inauguration Committee, which I thought would be a good time to respond to this Jennifer Rubin column that starts by discussing whether DOJ will rule that Mo Brooks’ actions related to the insurrection are his job (and therefore DOJ must substitute themselves for Brooks as a defendant); as Michael Stern laid out, that question is actually a complex one legally.

We are not talking only about Trump’s actions on Jan. 6 or about possible misconduct (e.g., obstruction of justice, misleading courts) in the Justice Department that Garland seems determined to sweep under the rug. Trump’s attempts to strong-arm Michigan and Georgia election officials after he lost the 2020 election were not only a violation of his oath but also may have violated state and federal law prohibiting election fraud and manipulation.

In the case of Georgia, we have Trump on tape telling the secretary of state to “find” enough votes for him to win. What stronger indication of a serious election crime could possibly exist? So far the Justice Department seems to have left any investigation to the Fulton County prosecutor, who unsurprisingly has more pressing priorities. There is no legitimate reason for the feds’ refusal to investigate and, if warranted, prosecute Trump for conduct that no other president in history ever contemplated. If any other American’s participation in this set of facts would prompt a serious federal investigation, Garland must not exempt the former president. That is the meaning of “no one is above the law.”

Garland may think he is attempting to avoid politics by refusing prosecution of controversial cases stemming from the Trump years. If so, he has it backward. If the current president wants to pardon individuals from the previous administration for political reasons, that is his prerogative — not Garland’s. Especially when it comes to any post-election conduct abetting sedition and attempting to corrupt the ballot tabulation, we need an attorney general to aggressively pursue facts and bring actions against Trump and his supporters where warranted. If not, Garland would have inadvertently affirmed Trump’s argument that he was above the law.

As noted above, I’m on hold awaiting the arraignment for Tom Barrack, believed to be worth around a billion dollars and someone whose business ties to Trump go back four decades, on charges that he served as an agent (not a lobbyist!) for the United Arab Emirates to change the policy of the United States to benefit that country.

Now’s a good time to respond to this column, I guess, and all the hundreds like it, not least because it’s insane to say that Garland is refusing controversial prosecutions when he is prosecuting this one (and investigating Rudy Giuliani, in spite of serving as the former President’s lawyer while he was President).

Not only is the fact that this case is being prosecuted evidence that Garland is not shying away from such prosecutions, but it tells us two more things about any hypothetical controversial prosecutions.

First, even for a prosecution that was largely set to go over a year ago, those cases might not be charged — for whatever reason — yet, 137 days into Garland’s tenure. (It’s worth noting that grand juries have been backed up on account of COVID.) So it’s too early to say whether Garland is refusing to prosecute other controversial cases, in addition to this one, because for any such prosecution that wasn’t all wrapped up in a bow over a year ago, it might still take some investigative work.

Additionally, this case didn’t leak!! Unlike Billy Barr’s hyper-politicized DOJ, we’re not getting leaks about what’s coming via Sidney Powell or other Fox News talking heads.

So even if there were ten more similarly controversial prosecutions coming down the pike, we might not know about them. Which is how it’s supposed to be.

Both item one — prosecutions take time — and item two — with the exception of Michael Sherwin’s public support for sedition charges, in response to which Garland referred him to OPR for investigation, Garland’s DOJ is not leaking like a sieve — presumably also apply to any investigations involving Trump and those close to him that didn’t take place 4 years ago.

What I do know is that Garland has repeatedly told prosecutors to go wherever the evidence leads on January 6. What I also know is that the complex militia conspiracy cases most likely to lead in that direction (as well as the one defendant who was discussed by the President’s lawyer) are making progress, in the Oath Keeper case, at a faster clip than many of the other prosecutions. What I also know is that complex conspiracy cases take time, more than seven months.

I get that people have gripes about the decisions Garland made about sustaining the Barr DOJ’s position on civil cases. But you simply cannot draw conclusions from that about whether Garland is opposing certain prosecutions. The only evidence we have so far — in cases taking aggressive actions against the former President’s lawyer and the former President’s long-time friend — is that Garland is happy to let prosecutors pursue cases for which they have evidence.

Update: I want to add one more point because people seem to believe that unless Garland appoints a Special Counsel, there’s no way DOJ is investigating the controversial cases. That misunderstands why Special Counsels get appointed: not because cases are important, but because DOJ or a particular prosecutor has a conflict that must be managed in some other way. There’s no known conflict for any potential Trump investigations, so we shouldn’t expect a Special Counsel.

Update: Thanks to those who pointed out I had made Rudy Trump’s client instead of his lawyer.

Update: Because a bunch of people on Twitter appear to continue to believe the false claim that Garland declined Wilbur Ross’ prosecution for lying to Congress, I’m going to link to this post noting that the declination happened under Billy Barr and also noting that DOJ IG likely had their own investigation into the allegations the outcome of which is not yet public.

The Significance of Tom Barrack’s Obstruction and False Statements Ch... Dinesh D’Souza and the GoPro: The Import of the Disorganized Militia Conspiracy...