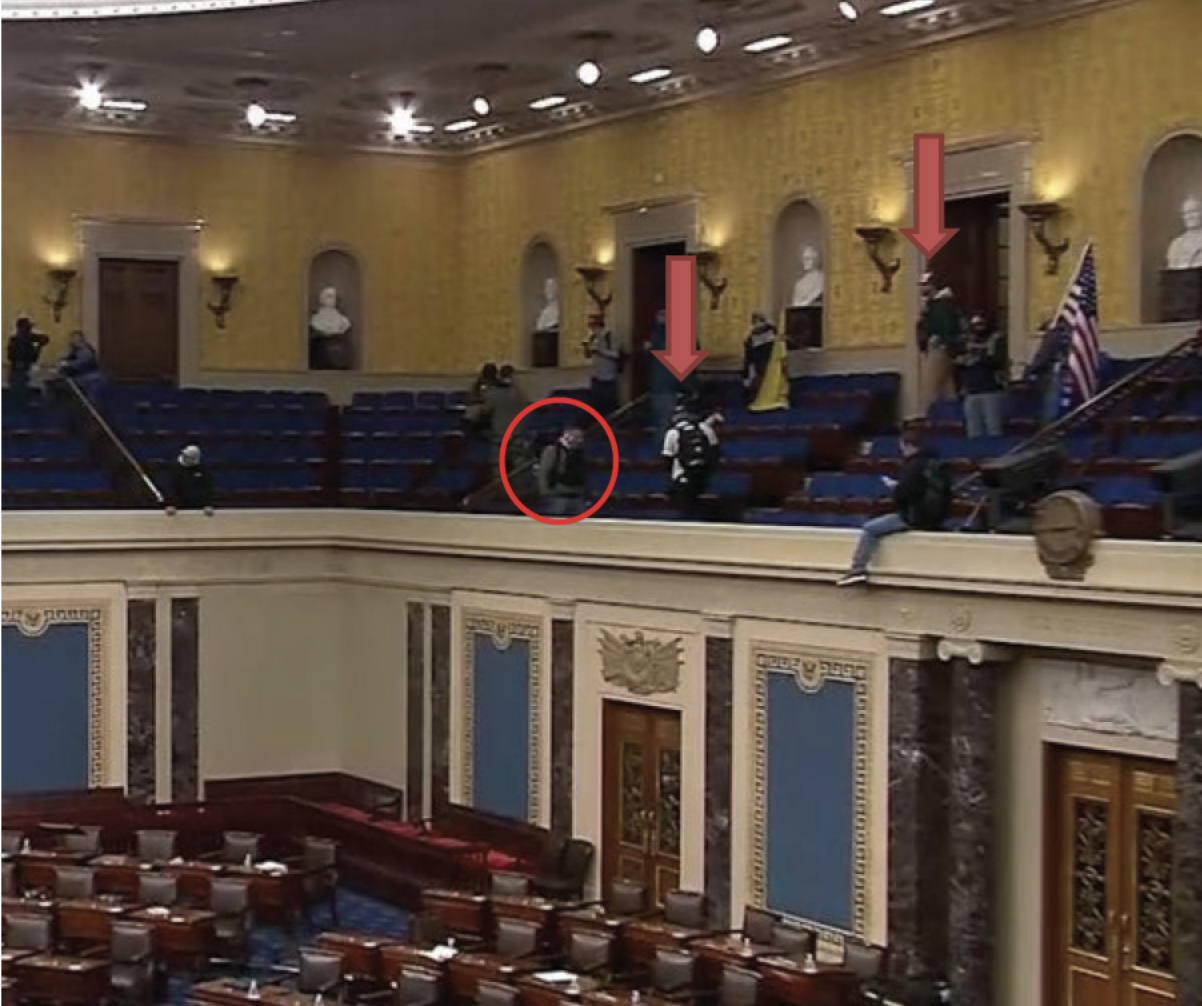 Judge Randolph Moss just held a very thorough hearing for one of the first challenges to DOJ’s use of obstruction to charge felonies against January 6 defendants, which I live-tweeted here. Knowlton’s lawyer Ronald Sullivan started by making the argument in their brief — which is that the January 6 vote count doesn’t count as an official proceeding the obstruction of which would be a felony and even if it does, Knowlton had no way of knowing that it did. James Pearce, arguing for the government, laid out why the vote count is an official proceeding and would even qualify under the more circumscribed definition Knowlton adopted.

Along the way, Judge Moss asked a lot of questions that make it clear he understands how complex this question is — and even the possible unintended consequences. He wanted to know what distinguishes events on January 6 from protestors who interrupt a Congressional hearing. He wants a sober answer to the question, what distinguishes January 6 rioters from protests against Brett Kavanaugh (which DOJ bolloxed last week). Moss even suggested that, procedurally, the government should attempt to get the inevitable Supreme Court review before it creates double jeopardy problems with charging the most serious defendants with something like insurrection or seditious conspiracy.

For well over an hour, this was the hearing I’ve been expecting since DOJ first rolled out this unprecedented use of the obstruction statute months ago. This is a hard question, and I’m not sure DOJ has made its case.

And then Knowlton attorney Brent Mayr stood up to rebut. Eventually, he got around to arguing — in a challenge that says his client, who apparently is studying law, could not understand that interrupting the vote count would be felony obstruction — that they shouldn’t use the lay definition of “official proceeding,” but instead use a narrower legal one that treats only judicial proceedings as official proceedings. That is, he argues Knowlton couldn’t know this was a crime, even while insisting that’s true by applying a non-obvious legal definition he wants to use for what Knowlton did.

Crazier still, Mayr tried to distinguish the kinds of proceedings one can obstruct and those one cannot based on whether people risk harm based on the outcome. He explained that the hearing before Moss was obviously an official proceeding because Knowlton and co-defendant Patrick Montgomery’s liberty was at stake.

Mayr: Not abt formality. Not abt seriousness. What it’s about is consequence of proceeding. This makes it clear easy way to understand. At very core, it affects these two gentlemen we see on screen.

An insurrectionist’s lawyer claimed there were no victims on January 6 nor could be were the attempt to prevent the certification of the 2020 Presidential election successful.

He doesn’t think that Kamala Harris, who was present that day, would be victimized if she never got sworn in as Vice President.

He doesn’t think that Biden’s 81 million voters would suffer any harm if their votes were nullified.

Crazier still, Mayr doesn’t think anyone was victimized by what happened that day, by the people swarming the hallways threatening to assassinate Mike Pence and Nancy Pelosi while people hid under tables. Mayr doesn’t think the four cops who have taken their own lives were victims of the events of January 6.

He doesn’t think that his client, who wanted his candidate to remain in power even after losing an election, and “came here for change,” victimized the 81 million voters who voted for the successful candidate.

DOJ has, in my opinion, not done enough to explain how the intimidation inherent to the entire event proves its corrupt intent. Whether Congress counted as the jury or the witnesses here — or both — not only were they intimidated, not only were they all chased away under threat of physical harm, but that intimidation worked so well that some number of Republicans voted against impeachment out of fear arising out of the events of January 6. These people took our democracy hostage for several hours on January 6, and Brent Mayer believes there were no victims as a result.

As it happens, though, Judge Moss has already spoken about the lasting harm of this event. In the Paul Hodgkins sentencing, Moss described how both Americans and people around the world can no longer be sure of the peaceful transfer of power. That harms all Americans, and the notion of democracy itself.