The End Of Roe v. Wade 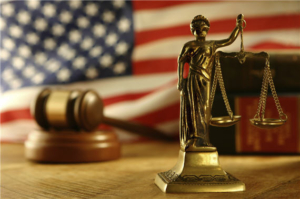 Is the title of this post alarmist? No, not really. That is effectively what the new Texas law has done, and has now been fulsomely endorsed by the Supreme Court, without even the courtesy of full briefing, oral argument and a merits decision. It was known this was coming when SCOTUS let this bunk take effect yesterday morning without action, it was just a question of what the backroom dynamics were in that regard. Now we know.

Here is the “decision”. As anti-climatic as it is, it is important. This is decision on a law, and the words count.

It is madness upon not just in Texas, but the entire country. These earth shattering decisions used to come only after full briefing and argument. No longer, now the shadow path is supreme.

Agree with Mark Joseph Stern in Slate when he says this:

At midnight on Wednesday, in an unsigned, 5–4 decision, the Supreme Court effectively overturned Roe v. Wade. The five most conservative Republican-appointed justices refused to block Texas’ abortion ban, which allows anyone to sue any individual who “aids or abets” an abortion after six weeks, when the vast majority occur. There is no exception for rape or incest. The decision renders almost all abortions in Texas illegal for the first time since 1973. Although the majority did not say these words exactly, the upshot of Wednesday’s decision is undeniable: The Supreme Court has abandoned the constitutional right to abortion. Roe is no longer good law.

Texas’ ban, known as SB 8, constitutes a uniquely insidious workaround to Roe. It outlaws abortion after six weeks, but does not call on state officials to enforce its restrictions.
Instead, as Justice Sonia Sotomayor wrote in dissent, the law “deputized the state’s citizens as bounty hunters, offering them cash prizes for civilly prosecuting their neighbors’ medical procedures.” Random strangers can sue any “abettor” to an abortion anywhere in Texas and collect a minimum of $10,000, plus attorneys’ fees. The act’s language is incredibly broad, encompassing any friend, family member, clergy member, or counselor who facilitates the abortion in any way. Every employee of an abortion clinic, from front-desk staff to doctors, is liable as well. And when an individual successfully sues an abortion provider, the court must permanently shut it down.

What other questions does this action, really inaction, by SCOTUS generate? A lot. Peterr asked this elsewhere:

Next up, perhaps, in the Texas legislature, now that SCOTUS has affirmed (5-4) their new approach to enforcement of state laws . . .

Texas declares that black and hispanic people shall not be allowed to vote, and delegates enforcement to any citizen, allowing them to sue for at least $10,000 if they can prove a black or hispanic person voted.

Texas declares that marriage is reserved to one man and one woman, and delegates enforcement to any citizen, allowing them to sue any same-sex couple who presents themselves in any form or fashion as “married” for at least $25,000 . . .

Again, not hyperbole. For now though, it is crystal clear that Roe is gone. There will be different laws in different states, at best. That is it.

What happens when states like Texas/their citizen plaintiffs start trying to enforce their craven law as to conduct occurring in other states? I don’t know, but that is the next horizon.

At any rate, this is going to be a problem for a very long time. If SCOTUS will do this though, given their clear previous precedent contrary to today’s order, means you can kiss voting rights cases goodbye.

It is a not so brave, nor honorable, new Supreme Court world.