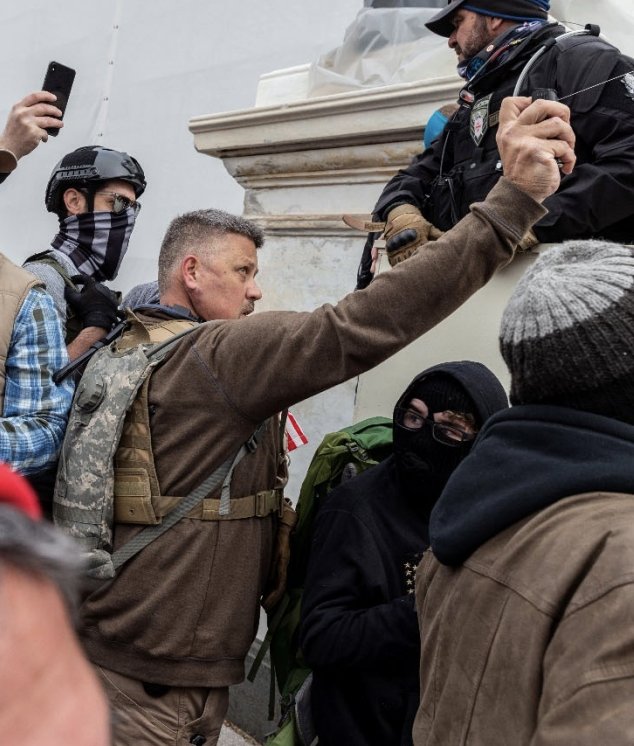 As I’ve noted, because of Christopher Worrell’s claims he has been denied medical treatment (many claims of which don’t match his own medical record), Royce Lamberth held the Warden and the Director of the DC jail in contempt, leading to a Civil Rights Division investigation.

I’ve also noted Nate DeGrave’s fantastic complaints about jail conditions, including that he has to eat baloney sandwiches.

Yesterday, the Marshal Service revealed that, seemingly in response to Lamberth’s Worrell order, it did unannounced visits at several DC jail facilities. It determined that one DC jail facility was not fit to house inmates.

But that was the other DC jail facility — not the more modern one where all the January 6 defendants are housed.

The USMS inspection was prompted by recent and historical concerns raised regarding conditions at the DC DOC facilities, including those recently raised by various members of the judiciary.

The U.S. Marshal’s inspection of CTF did not identify conditions that would necessitate the transfer of inmates from that facility at this time. CTF houses approximately 120 detainees in the custody of the USMS, including all the defendants in pre-trial custody related to alleged offenses stemming from events that took place on January 6 at the U.S. Capitol, as well as other federal detainees. Housing assignments for detainees are determined by the DC DOC.

The U.S. Marshal’s inspection of CDF revealed that conditions there do not meet the minimum standards of confinement as prescribed by the Federal Performance-Based Detention Standards. CDF houses approximately 400 detainees in the custody of the USMS.

Too be clear: The conditions the January 6 defendants are held in are still inadequate, at least with respect to their access to discovery and the limits on video conference rooms (which limit how quickly judges can schedule hearings, one of Judge Lamberth’s underlying complaints).

Or, in some cases, those other detainees were experiencing significantly worse conditions.

Update: Judge Lamberth ordered Worrell moved to Alexandria jail immediately, and released to home detention in Florida once Pre-trial services vets someone to take over his custody.

Bullshit Brigade: State and Local Election Day Edition [UPDATE-1] This Is the Morning After: Virginia Isn’t the Whole Story