This Is the Morning After: Virginia Isn’t the Whole Story 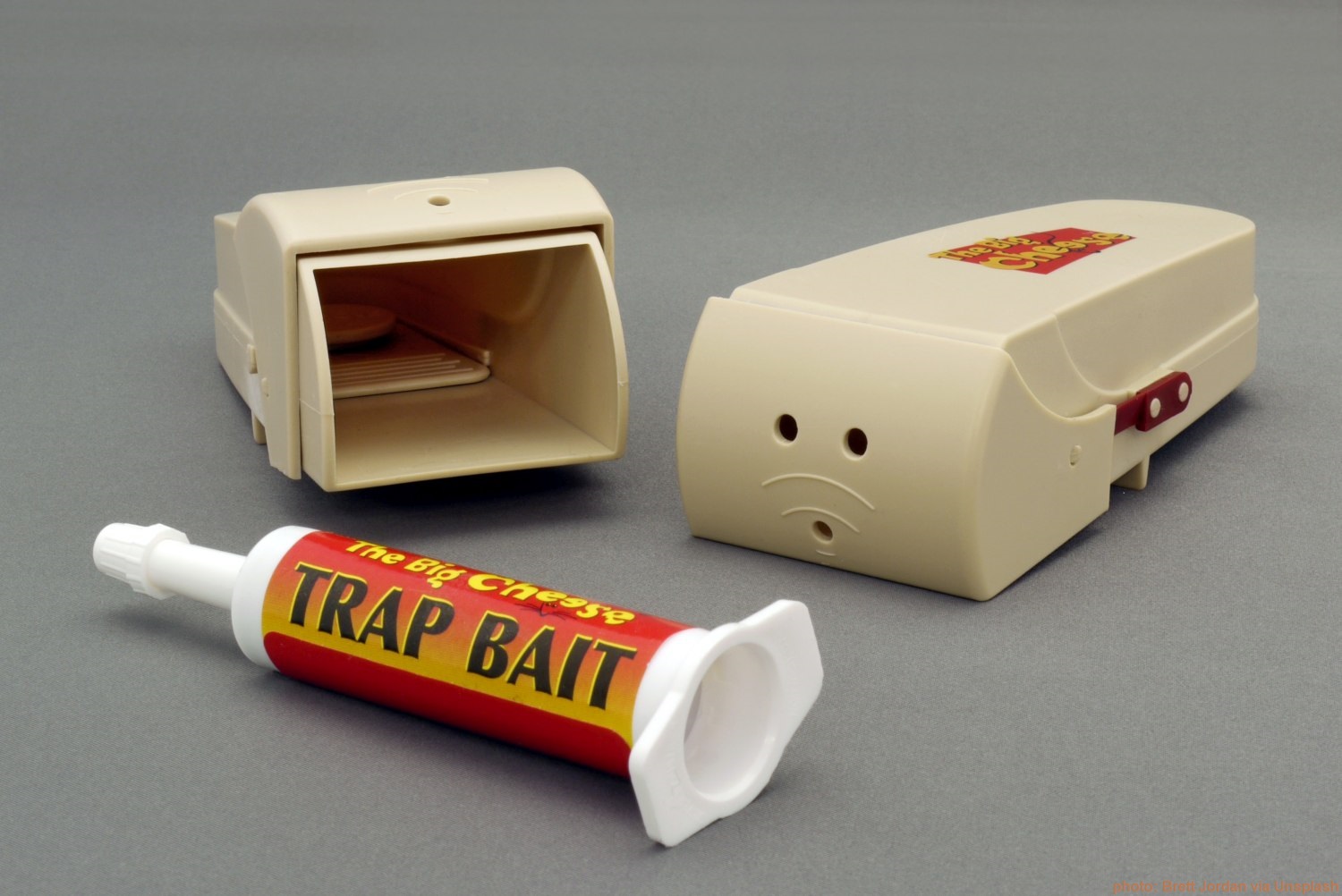 Snap the fuck out of your funk and get over yourselves. You’ve fallen into the bloody trap the Trumpy GOP set for you; they even told you they were going to set it.

Take a deep breath and shake it off. Chew off your foot if needed to get out of the trap.

This is what they did — they made critical race theory toxic.

It’s SOP with the right-wing to poison terms aligned with liberal democracy. They even poisoned the word “liberal” throughout the 1980s, ramping up the toxicity once Fox News emerged.

Which is when the tables should have been turned on them, forcing the right-wing to acknowledge they were killing democracy itself OR embrace true liberal democracy by stepping away from authoritarianism.

Once the GOP revealed CRT was going to be poisoned, it was up to the Democratic Party high and low to flip the tables and develop a positive message which didn’t lead into that trap.

The trap was sprung every time CRT was explained.

Every single GOP candidate should instead have been asked on camera, “Are you a racist? Are you ashamed of being an American? Why won’t you allow our teachers to teach America’s history just as they have been, making this country great? Why are you bullying teachers? Don’t you want our children to learn and succeed?”

That’s what the GOP and its shadowy oligarch funders are doing — holding back the progress of America by damaging its education system, bullying anyone who gets in their way of destroying our commons to extract more wealth.

CRT wasn’t the only messaging failure. I hope to hell Democrats across the country take a deep breath and look at their reflexivity, the way they have been played repeatedly by both foreign and domestic influence operations to react at gut level in ways their opponents can predict.

Just like the GOP predicted CRT could be blown up into a massive mess because Democrats would reflexively fall back into explaining instead of focusing on delivering.

And after delivering, messaging strongly and loudly about delivering for the people.

Incumbents need to look to Rep. Ocasio Cortez’s end-of-term review of what she did during her first term in office as an example of both delivering and messaging.

Last January I was sworn in for my first term in Congress.

So, what have we accomplished since then?

Every incumbent needs to be able to tell their constituents what they did for them in clear, concise language, and they need to do this regularly.

Every candidate running for office needs to do similar messaging: what is it they want to do for their constituents which isn’t being done? This requires them to know their audience.

McAuliffe failed on this point; he ran what looked like a national campaign when he needed to be more focused on what the people of Virginia needed. His opponent seized this lack of focus to make it about CRT in VA schools.

Candidates whether incumbent or first-time opponents also need to reach constituents where they are. Turnout for Dems was weak compared to the opposition; was it because the media used didn’t reach target audiences? Don’t show up on public radio or stultifying policy-focused podcasts if the audience you need is watching TikTok clips in their Twitter timeline.

But Virginia wasn’t the only story of this election; as noted last night, there were a wave of firsts among winners who are both persons of color and more progressive than incumbents or opponents.

This is where the media failed us all: they blew so much energy on Virginia when there were big stories elsewhere.

And there’s no one news site to see all the election results in a comprehensive manner.

CNN did a crappy job with this site, imposing its editorial opinion at the top of the page: “Virginia’s race for governor is the main event of the 2021 election, acting as a temperature check on the national environment for the 2022 midterm election in a state that has moved strongly in Democrats’ favor for both statewide offices and in presidential contests over the last decade. …” and then posting the maps of election results with Virginia races first.

The rest of the country could give a flying fig about Virginia but CNN insists it’s super relevant because it matters to their long-established calculus.

In spite of the opportunity to obtain traffic, even Google failed to provide a comprehensive page for these elections. It’d be so much easier to see there’s some big shift brewing out there if the public could see it in one big easily scanned picture but it’s not possible.

Pulling together the biggest city mayor races, one can see a trend:

Atlanta GA’s mayoral race will go to a run-off — the seat is non-partisan though all three candidates in the run-off are identified as Democrats.

Incumbent GOP mayor Francis Suarez won another term in Miami FL; he’s been critical of Gov. DeSantis and Trump, sucked up to Nikki Haley as a possible running mate in 2024.

Miami Beach FL mayor Dan Gelber won his third term; this will be the Democrat‘s final stint due to term limits.

Democratic candidate Bruce Harrell won his race in Seattle WA, becoming yet another mayor of color. Harrell is Black-Japanese American.

Elaine O’Neal won the mayor’s race in Durham NC, becoming the city’s first Black woman mayor. Though the seat is non-partisan, O’Neal is a Democrat.

Former Obama senate intern Justin Bibb won the Cleveland mayor’s race, replacing term-limited Frank Jackson. Both are Democrats; Bibb is the first new mayor since 2005 and at 34 the second youngest mayor ever.

Both Pureval in Cincinnati and Hammoud in Dearborn are Democrats.

Mayoral races saw quite a few firsts with more Black and Asian representation, and as a whole were far more Democratic. This is not what the Virginia governor’s race reflected — a nationally more diverse and more Democratic electorate in a wide range of urban centers, from Boston to Seattle.

Why is the media not looking at this from a national perspective, instead focusing on one governor’s race in what was once a Confederate state?

Some of the media coverage is just plain bad, rancid, awful — like CBS’s article,

Victories, plural, when the article focused primarily on Virginia with New Jersey’s race treated like a throwaway? Plural altogether inappropriate now that the governor’s race is a projected win for the incumbent Democrat Phil Murphy.

That’s the second trap, laid this time by media: do NOT believe all the hype when the media can’t be bothered to tell the full story. You may need to look wider and deeper.

(Don’t feel comfortable about this point? Ask yourself why.)

Ask people of color especially women what the hell happened. 40% of Virginia isn’t white but all we’re hearing from about that state is white men.

If you’re a candidate or a candidate-to-be you had better make sure you’re talking to a broader spectrum of people than folks who look like the talking heads on television and news feeds.

Look at those mayor’s races. Those people won by not listening to bloviating white male pundits who are stuck in old school horse race politics.

One thing we haven’t seen yet even in the excessive coverage of Virginia’s gubernatorial race is whether outreach to non-white groups helped, and whether Spanish and Asian language messaging make a difference. You’d think a race as tight as that one would see minority outreach as critical, but you’d never know it based on all the yapping by white male pundits.

You can bet your ass it will make an enormous difference in Florida and Texas in 2022, as well as other states with greater numbers of non-white ESL speakers. It already did in 2020.

Speaking of ESL, one of the sites with a decent lineup of election stories is Univision. No excuses in the age of Google Translate and other free translation applications not to check Spanish language sites since Spanish is the second most common language spoken and read in the U.S.

I could go on but I’m just plain damned tired of watching well-meaning people stuck in a rut of their own making, complaining that somebody needs to do something when the somebody is them.

Virginia’s Democrats need to do some serious soul searching about their choice for this gubernatorial election. That’s on them, not on the DNC, nor Democratic voters outside Virginia.

But each of us needs to do our own soul searching about this next year, what is likely the only one chance left to stop this descent into fascism. Who are the candidates we’ll support and what can we do to ensure they win and that everyone who wants to vote can do so?

Further, we and our candidates of choice must be able to make the case that the U.S. stands for common values:

Every citizen has the right to vote.
Every human has the same unalienable rights.
Racism and prejudice against LGBTQ+ and disabled persons is wrong and denies humans’ rights.
Every worker deserves a living wage for a fair day’s work.
Public education is a public good which benefits us all.
Our shared environment is critically important to our mutual survival and must be protected.
Domestic tranquility and the general welfare of the entire nation are more important than profits for a few.
Shared efforts and resources help us reach a more perfect union.

Welcome to the morning after. Dust yourselves off and grab your gear. We have a lot of goddamned work to do.