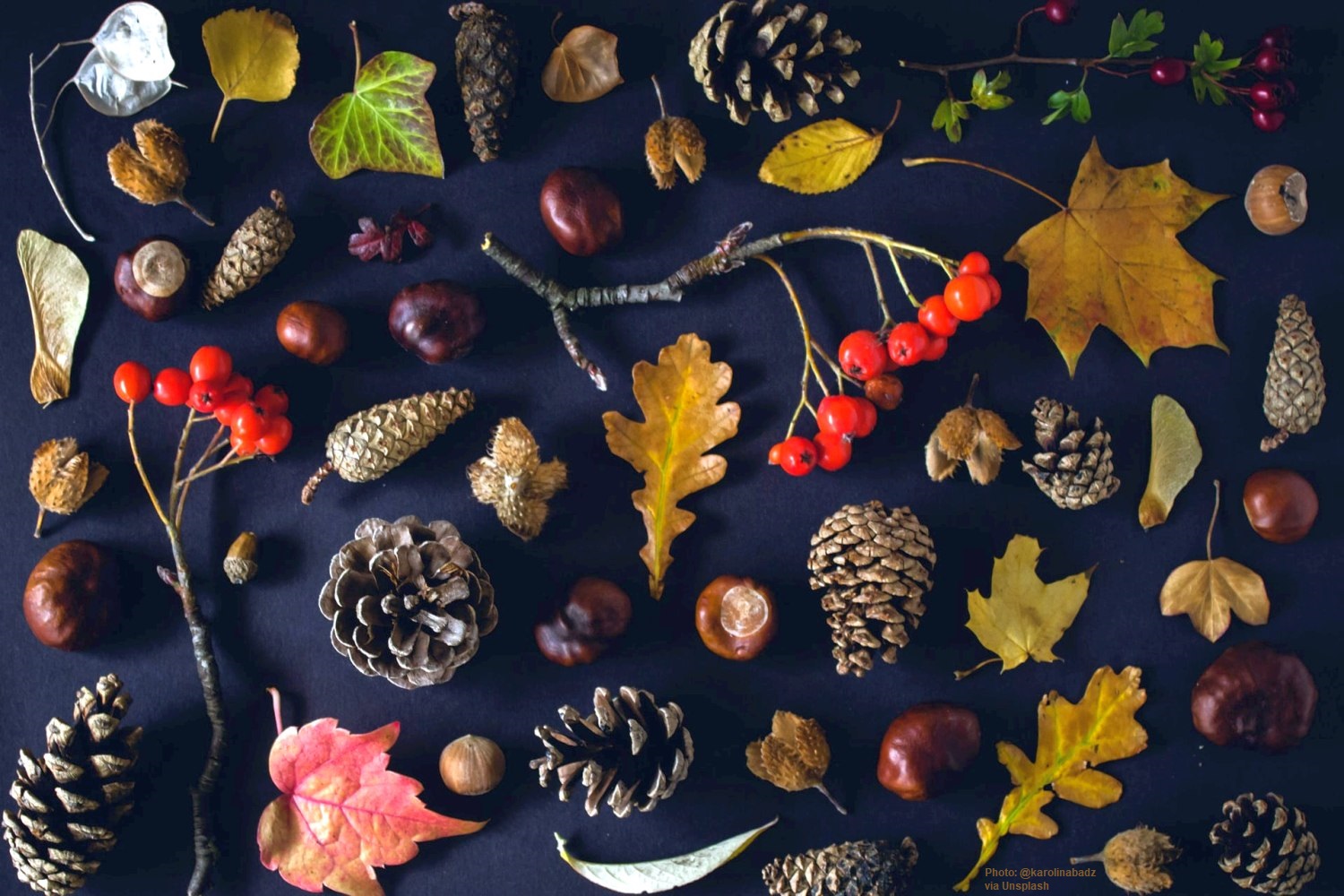 I’m once again up to my elbows in another Thanksgiving turkey, preparing  the annual feast. My two adult children are home to observe this holiday, bringing with them a new challenge: four dogs.

I swear this is payback for not letting them have pets when they were younger.

My canine guests range in size from a dainty 30 to a hefty 90 pounds and exhibit varying degrees of nervousness. Two of them are here because my eldest is dogsitting.

And one of these dogs suffers from ADD as does their owner.

I really need more than a continuous stream of alcohol to get through this day.

But I wouldn’t have it any other way. We are all of us healthy, we’ve all been vaccinated and don’t need to wear masks or to ventilate the house. Three of us have had our boosters with the remainder to get theirs very soon.

Last Thanksgiving we looked for places to have an outdoor picnic in the cold halfway between my place and my kids’ places, because we didn’t want to risk being cooped up inside not knowing if any one of us had been exposed to COVID.

This holiday is better; we are living far more freely than last year.

For this we give our thanks.

Putting aside the pandemic, the complexion of this holiday has changed since I was in grade school back in the 1960s. The happy little turkeys we made from construction paper and hand prints are the only thing which might yet make sense now that the truth has stripped away the hoo-ha make-believe surrounding the mythic first Thanksgiving and the Mayflower’s Pilgrims of Plymouth.

We know now that the decimation of the indigenous people who were here long before the Mayflower arrived had already begun because of exposure to diseases brought by British fishermen; they’d also attempted to enslave members of tribes as they fished the east coast.

The epidemics which came with the whites killed nearly 90%% of native people who had no resistance to the Europeans’ diseases, leaving behind smaller numbers of tribal members who could not fend off violence by settlers after what we’ve been taught was the first Thanksgiving.

This holiday has been a fallacious celebration of peace and harmony between immigrant whites and the native peoples; in truth it marks the beginning of massive genocide. What we were taught as children was that this land was nearly virgin, ready for the taking, when in fact it had been populated by millions belonging to many nations but cleared by disease and the savagery of Christianity’s “soldiers” who claimed dominion here as part of their god’s promise to them.

The eventual American colonies were born of disease and deaths of the previous occupants of land that wasn’t truly up for grabs.

Decolonizing this holiday requires seeing this truth beneath the happy little cut-out turkeys and remembering what has been sacrificed and lost before this day.

Walking a foot in both worlds — a descendent of European settlers on one side of the family and a member of a vanquished indigenous people nearly wiped out by disease and whites’ oppression — can be a bit challenging.

The in-laws who are all of European descent do not want to hear the truth, that they live on what is occupied land hornswoggled one way or another from Native Americans. “Oh, but there were treaties, this is ceded land,” they’ll argue. How quaint — as if the remaining 10% of the people who once lived here had the power to confront and force off settlers who came bearing even more disease and firearms.

The truth is bitten back, just as it must have been hundreds of years ago when indigenous Wampanoag first met the Pilgrims, stressed and needy after their long voyage as they attempted to settle into their new home on others’ land.

It’s a tradition which is changing, but not all at once. Many other uncomfortable truths will still be held back this day; we ignore the in-law who’s a pig-ignorant anti-vaxxer, and the other who’s an unrelenting gullible Trumpist who eats up all bat shit garbage they are fed by Facebook. There’s no reasoning with them.

In spite of them we make an effort to depart from a white-centric observation; this day will be spent celebrating the health and companionship of those who survived the last year because they cared for their fellow humans and themselves, thinking of the generosity of the Wampanoag back in 1621.

We’ll remember genocide both passive and active took a vast wealth of humans who lived on this soil, entire nations and their ways gone with them.

We’ll talk about the nations on whose lands we live (do you know whose land you’re on?), and discuss the foods which would have been eaten by these same nations.

There’s more we can do but this is a start toward decentering the white settlers in American history and recognizing the history of this country hasn’t been as glossy and perky as packaged by those uncomfortable with the truth.

The observation of thanksgiving as an autumnal or harvest festival was hit or miss and highly local in this country’s early years. It was formalized as a national holiday after Sarah J. Hale lobbied then-President Lincoln for a “day of our annual Thanksgiving made a National and fixed Union Festival.”

Lincoln consented and issued this proclamation:

By the President of the United States of America.

The year that is drawing towards its close, has been filled with the blessings of fruitful fields and healthful skies. To these bounties, which are so constantly enjoyed that we are prone to forget the source from which they come, others have been added, which are of so extraordinary a nature, that they cannot fail to penetrate and soften even the heart which is habitually insensible to the ever watchful providence of Almighty God. In the midst of a civil war of unequalled magnitude and severity, which has sometimes seemed to foreign States to invite and to provoke their aggression, peace has been preserved with all nations, order has been maintained, the laws have been respected and obeyed, and harmony has prevailed everywhere except in the theatre of military conflict; while that theatre has been greatly contracted by the advancing armies and navies of the Union. Needful diversions of wealth and of strength from the fields of peaceful industry to the national defence, have not arrested the plough, the shuttle or the ship; the axe has enlarged the borders of our settlements, and the mines, as well of iron and coal as of the precious metals, have yielded even more abundantly than heretofore. Population has steadily increased, notwithstanding the waste that has been made in the camp, the siege and the battle-field; and the country, rejoicing in the consciousness of augmented strength and vigor, is permitted to expect continuance of years with large increase of freedom. No human counsel hath devised nor hath any mortal hand worked out these great things. They are the gracious gifts of the Most High God, who, while dealing with us in anger for our sins, hath nevertheless remembered mercy. It has seemed to me fit and proper that they should be solemnly, reverently and gratefully acknowledged as with one heart and one voice by the whole American People. I do therefore invite my fellow citizens in every part of the United States, and also those who are at sea and those who are sojourning in foreign lands, to set apart and observe the last Thursday of November next, as a day of Thanksgiving and Praise to our beneficent Father who dwelleth in the Heavens. And I recommend to them that while offering up the ascriptions justly due to Him for such singular deliverances and blessings, they do also, with humble penitence for our national perverseness and disobedience, commend to His tender care all those who have become widows, orphans, mourners or sufferers in the lamentable civil strife in which we are unavoidably engaged, and fervently implore the interposition of the Almighty Hand to heal the wounds of the nation and to restore it as soon as may be consistent with the Divine purposes to the full enjoyment of peace, harmony, tranquillity and Union.

In testimony whereof, I have hereunto set my hand and caused the Seal of the United States to be affixed.

Done at the City of Washington, this Third day of October, in the year of our Lord one thousand eight hundred and sixty-three, and of the Independence of the United States the Eighty-eighth.

By the President: Abraham Lincoln

It is this we’ll celebrate today: leaving behind a falsely-constructed image of the past, remembering where these bounties came from, aspiring to heal this nation’s wounds, the restoration of its health, and enjoyment of domestic tranquility as we continue to seek a more perfect Union.

Thanks to you all for sharing this holiday with us, and every day as community members at emptywheel.

Now let’s see if this household can get through a turkey dinner without any one of these four energetic canines helping themselves to our feast.