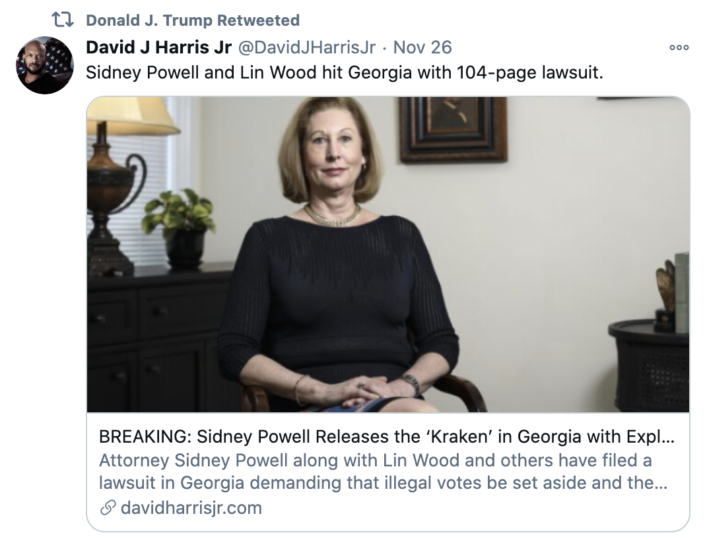 On the list of things those whinging about Merrick Garland seem to have missed is this Daily Beast story reporting that a grand jury is investigating Sidney Powell’s grift.

For months, a federal investigation running out of Washington, D.C., has been demanding documents and asking potential witnesses questions about Powell, according to three people familiar with the matter. Similarly, a separate investigation into Powell’s anti-democratic activities took place in the Sunshine State earlier this year—and has already produced results, and punished Powell and her far-right group.

The federal probe, which has not been previously reported, is examining the finances of Defending the Republic, an organization founded by Powell to fund her “Kraken” lawsuits to overturn the 2020 election, the sources said. According to two of the people familiar with the matter, a grand jury was empaneled, and subpoenas and documents requests have gone out to multiple individuals as recently as September.

The story is most amusing because it airs the entertaining feud between Powell, Lin Wood, Patrick Byrne, and the Flynns. The story airs the claims of those feuding with Powell who say, at a time this is under criminal investigation, that they were uninvolved with the grift.

Powell created Defending the Republic with great fanfare in December 2020 and listed a who’s who of pro-Trump election conspiracy world on its incorporation paperwork. The group’s board originally included former Trump national security adviser Mike Flynn, his brother Joe, and QAnon enthusiast Lin Wood, a fellow Trump-connected lawyer who recently started feuding with Powell.Attorneys for Defending the Republic claim that Wood was mistakenly listedas a board member and subsequently removed from registration filings.

Overstock.com founder Patrick Byrne, who briefly served as Defending the Republic’s CEO, says he had his own concerns about the group’s finances.

In a phone call with Wood that Wood surreptitiously recorded, Byrne claimed that Byrne, Michael Flynn, and Flynn’s brother Joseph Flynn quit the group in April after Powell refused to allow an audit of Defending the Republic’s accounts.

“I gave her a laundry list of things she had to clean up and told her she had to get an auditor,” Byrne told Wood on the call.

While working as Defending the Republic’s CEO, Byrne said he became concerned that Powell was using the money for herself and may have potentially violated the law in the process. Byrne said he had determined that he faced no legal liability himself, but had been tempted to “drop a dime on” Powell and alert law enforcement.

“Sidney’s just running this as a scam,” Byrne told Wood.

The Daily Beast story on the criminal investigation into Powell then turns to some details laid out in the Dominion lawsuit against the Kraken lawyer. Powell had her Defending the Republic site up and running on November 23, before she incorporated it on December 1, 2020; and she advertised it falsely as a 501(c)(3), donations to which are tax deductible, rather than a 501(c)(4), which are not.

Defendant Defending the Republic, Inc. (“Powell’s fundraising website”) is the corporate form that was belatedly incorporated to solicit “millions of dollars” online at https://defendingtherepublic.org/, a website created shortly after the 2020 election. The separate corporate entity for Powell’s fundraising website was not created until December 1, 2020, after Powell had appeared on television to solicit donations to the website and after the website began representing to potential donors that it was a 501(c)(4) organization.8

18. On or before January 7, 2021, defendingtherepublic.org began representing to potential donors that it is a “501c3 (Status Pending) Non-Profit.”9 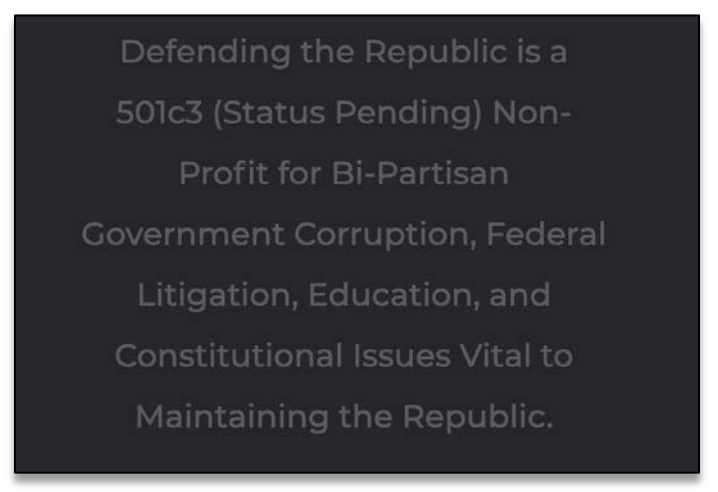 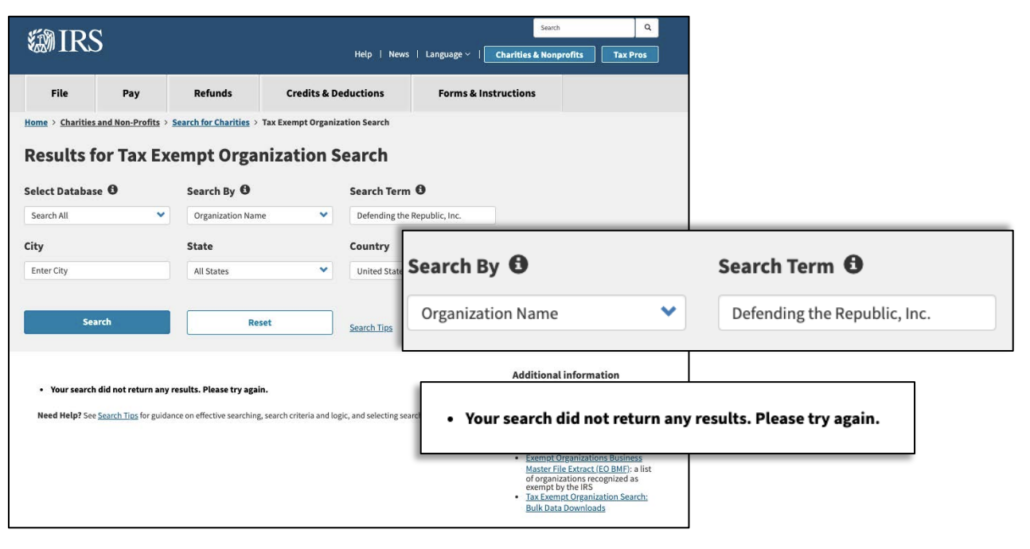 Daily Beast presents this as further evidence supporting claims from Byrne (who should not be trusted either) that this money was going to support Powell, not sowing conspiracy theories.

But I’m interested in it for a different reason: the way in which Trump named Powell as part of his team, then cut her off, and then pardoned her client and co-grifter, Mike Flynn. Only after that did she formally register the grift.

I wonder whether some smart lawyer grew concerned that Sidney Powell was claiming to represent the President even while she was representing someone asking for a pardon. 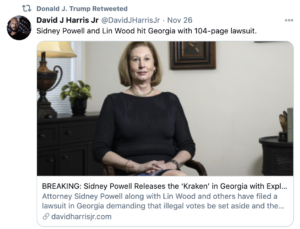 In other words, one of the things that may be of interest to this grand jury is why Sidney Powell started raising money before she had the legal vehicle to do so.

But that would also focus some attention on the fact that Sidney Powell started raising money to help sowing Trump’s conspiracy theories before Trump had pardoned her client (after she told Trump, in the summer, not to do so, yet, something she made clear in a hearing on September 29).

Sidney Powell started raising funds to support her efforts to undermine the election by November 23. On November 25, Trump gave her a thing of value — a pardon for her client. Only 5 days later did Powell make such fundraising legal.

It was always the case that Flynn’s pardon was wrapped up in propaganda to get elected. As I’ve noted, Trump used the alteration Bill Barr’s DOJ made to Peter Strzok’s notes, along with Powell’s false claims about it, to launch a prepared debate attack on Joe Biden.

But now the details of how Powell took overt steps to help Trump try to overthrow the election before Trump gave her something in value are before a grand jury.