Two Months after Insinuating Ali Alexander Should Be Held Responsible for January 6, Jonathan Moseley Claims To Be His Lawyer 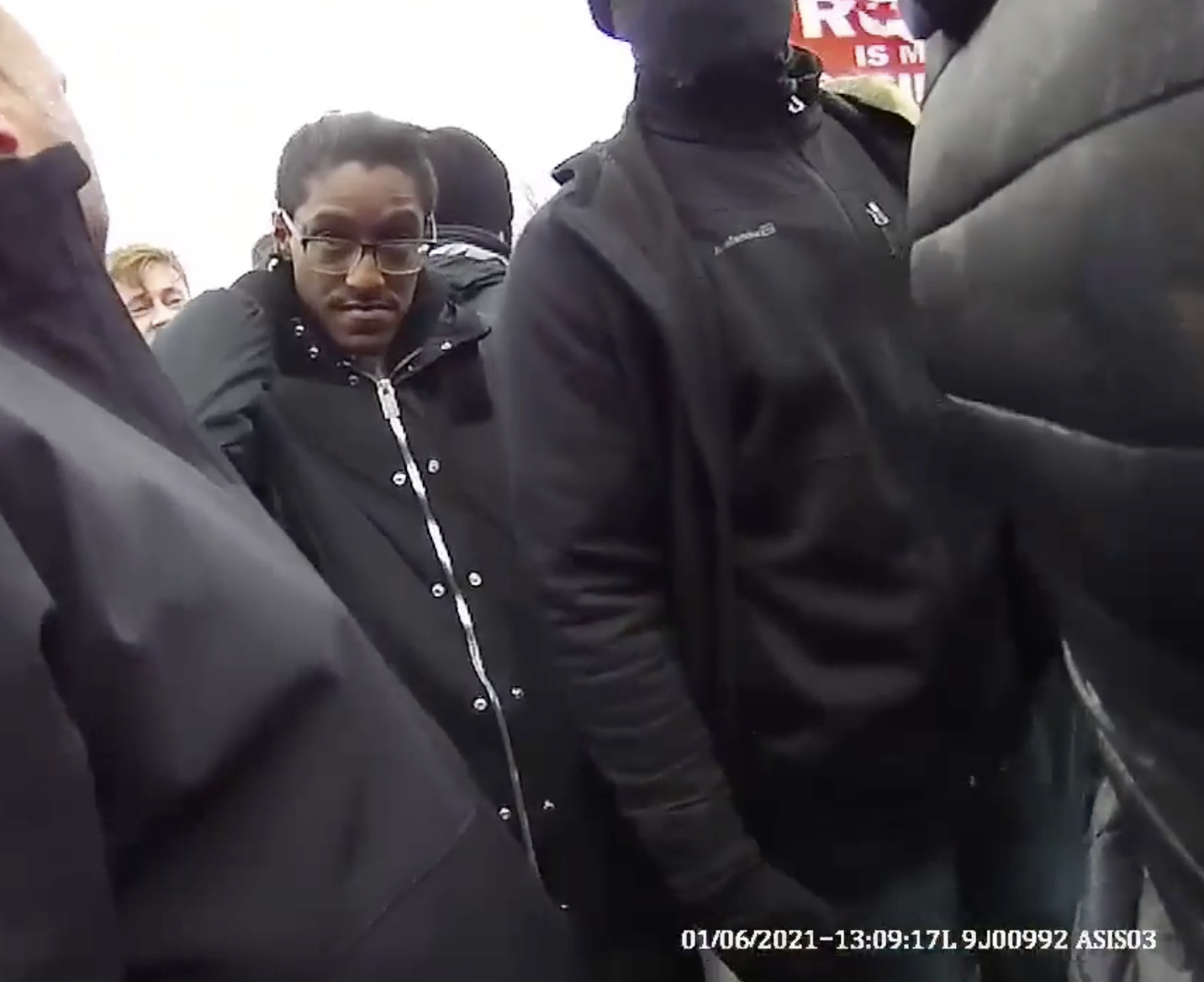 Like Mark Meadows and John Eastman before him, Ali Alexander has sued Verizon in an attempt to keep evidence about a coup out of the hands of Congress.

The lawsuit seems significantly intended to provide information to others involved in the coup, both by identifying which texts Alexander shared with Congress and which (by omission) he did not, but also by communicating that everything he did provide to Congress constituted telephony communication. That seems to suggest that Alexander did not share any communications involving Signal, Telegram, or other messaging apps.

On November 24, 2021, Mr. Alexander provided the Select Committee with over one thousand and five hundred (1,500) mobile messages sent and received by him and people he corresponded with. All of these were using his Verizon phone service. Mr. Alexander expressed his concerns to the Select Committee about compromising the privacy rights of uninterested parties, and members of political group(s), and productions that exceeded the scope of H. Res. 503.

More importantly, Alexander provided the Select Committee with a privilege log of his text messages noting where the subject matter of the text was not pertinent to the Committee’s scope of inquiry or otherwise privileged but did not identify the party or the phone number of the sender or recipient of the text unless it was Mr. Alexander.

At Alexander’s December 9, 2021 deposition, he testified that he had a few phone conversations with Representative Paul Gosar and no verbal phone conversations with Representatives Andy Biggs or Mo Brooks that he recalls. The Select Committee asked him about all three Members of Congress. Mr. Alexander testified that he had phone conversations with Rep. Brooks’ staff about a “Dear Colleague” letter and how his activists could be helpful. Mr. Alexander believes he exchanged a text message with Rep. Brooks, contents which he provided to the Committee. He also testified that he spoke to Rep. Biggs in person and never by phone, to the best of his recollection. In January, Mr. Alexander held an organizing call where Members of Congress might have been present and some were invited. He doesn’t recall who was in attendance because there was no roll call of attendees because the call was so large.

On January 6, 2021, it was reported that Mr. Alexander had a call with fundraiser Ms. Kimberly Guilfoyle. Mr. Alexander volunteered this information on a radio show that early morning. The Select Committee asked him about this call. He stated that it was a short and pleasant call. Ms. Guilfoyle thanked Mr. Alexander for being a leader on voting rights and creating the “Stop the Steal” movement. The two spoke about the ongoing Georgia election and the GOP primaries that would take place in 2022. The Select Committee seemed satisfied with Alexander’s explanation of that short call.

The more remarkable part of the lawsuit, however, is his legal team.

As I previously noted, Alexander is represented by Paul Kamenar, the lawyer who played a key role in attempting to cover-up Roger Stone’s role in coordinating with Russia in 2016 by delaying the testimony of Stone’s aide, Andrew Miller. Alexander had at least two other lawyers at his deposition last week, including Baron Coleman and Joseph McBride, who recently told Ryan Reilly (in regards to his representation of a different January 6 defendant) that he doesn’t give a shit about spreading bullshit conspiracy theories.

But as HuffPost went into more detail explaining why the idea that Rally Runner was some sort of undercover law enforcement agent was absurd, McBride shifted a bit. He said his job was to defend his client, and he didn’t “need to be right” in everything he claimed.

McBride said he was simply “theorizing things” and “not publishing conclusive findings,” and he said his appearances on Carlson’s show were a part of his effort to combat the narrative being given about his Jan. 6 clients.

“If this guy turns out to be some, some guy who runs around the Cardinals’ stadium with his face painted, then that’s great,” he said. “If that’s the truth, then so be it, and God bless America.”

McBride is not on Alexander’s lawsuit, though Kamenar — Alexander’s Roger Stone cover-up specialist — is (Kamenar cc’ed Coleman on the letter he sent to Verizon alerting him to this suit).

The surprising appearance, however, is from Jonathon Moseley. Moseley currently represents Kelly Meggs — one of the Oath Keepers with ties to Roger Stone — and until Tuesday, also represented Zach Rehl, one of the Proud Boys accused of conspiring with Stone associate Joe Biggs to mastermind an attack that encircled the Capitol and involved Stone associate Alex Jones, using the excuse of permits obtained using covers by Alexander, luring unwitting Trump fans to the East doors just before they opened from inside.

Moseley’s legal promiscuity among these coup plotters is itself notable.

Crazier still is his claim to be representing Alexander just over two months after — back when he was ostensibly representing Rehl — filing a motion suggesting that Alexander (whom he repeatedly called “Ari”), not Rehl, should be the one held accountable for any crimes arising from the riot.

The one person who claims to have been the National Organizer of the “Stop the Steal movement” through events across the country and the “Stop the Steal rally” in Washington, D.C., is Ali Alexander, born Ali Abdul-Razaq Akbar. See Allam, Hannah; Nakhlawi, Razzan (May 16, 2021). “Black, Brown and extremist: Across the far-right spectrum, people of color play a more visible role”. The Washington Post, accessible at: https://www.washingtonpost.com/national-security/minorities-far-right-visiblerole/2021/05/16/e7ba8338-a915-11eb-8c1a-56f0cb4ff3b5_story.html

The mob that stormed the U.S. Capitol on Jan. 6 was overwhelmingly White,1 but the official speaker lineup for the rally that day was more diverse. Vernon Jones, a Black former Georgia state lawmaker, and Katrina Pierson, a Black adviser and former spokeswoman for the Trump campaign, were among the speakers parroting the baseless assertion that the 2020 election was stolen from Trump. Another familiar face was main rally organizer Ali Alexander, born in Texas as Ali Abdul-Razaq Akbar, of mixed Black American and Middle Eastern descent.

Ari [sic] Alexander is – as far as Defendant Zachary Rehl knows – entirely innocent of the crimes committed on January 6, 2021. Surely, the FBI is busy identifying and charging those who actually attacked police officers. We are confident that the FBI will complete that important task of bringing to justice those who actually battled with police before silencing parents who are petitioning for the redress of grievances in school board meetings, thus alienating suburban mothers.

However, without undermining Alexander for exercising his rights as a citizen, the one person who CLAIMS credit for organizing the “Stop the Steal” rally and movement including in Washington, D.C. on January 6, 2021, 2 is being basically ignored while Zachary Rehl who DID NOT organize anyone or anything but himself, and tell his friends that he would be there, too, is sitting in a jail cell for things he did not do. Zachary Rehl did not get to see his child being born while being locked up since March. His wife with a newborn is struggling arrange a forbearance on the mortgage on their modest rowhouse.

See, video interview with Ali Alexander, with Jenny Chang, “Ali Alexander on What Will Happen on January 6,” NTD News, December 31, 202[sic], https://www.ntd.com/ali-alexander-on-what-will-happen-on-january-6_547084.html. Ari [sic] Alexander is presented as the “National Organizer of ‘Stop the Steal.’ 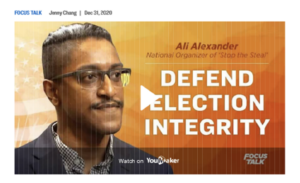 Without question, some idiots and brawlers also showed up who committed criminal acts of brawling with police, apparently initiated violent assaults on police, and reportedly (though counsel has not seen it directly) there were calls before the rally that were for a variety of violent acts that are not peacefully expressing a message under the First Amendment. [all emphasis Moseley’s]

Even ignoring the overt racism suggesting that one of the few brown people involved in the riot should be the one held accountable for it, Moseley as much as says that Alexander more responsible than Rehl for any violence that happened.

Now, Moseley claims it will badly harm Alexander if Congress learns even just the phone numbers of people Alexander engaged in telephony communications with.

It has long seemed as if there was a concerted effort to ensure certain January 6 defendants receive the kind of representation that might not protect their own interests, but would firewall those they had close ties to. But Moseley’s sudden conversion to representing Alexander strains credulity.

This Is My O Face: Welcome, Omicron [UPDATE-1] What Have We Been Reading?