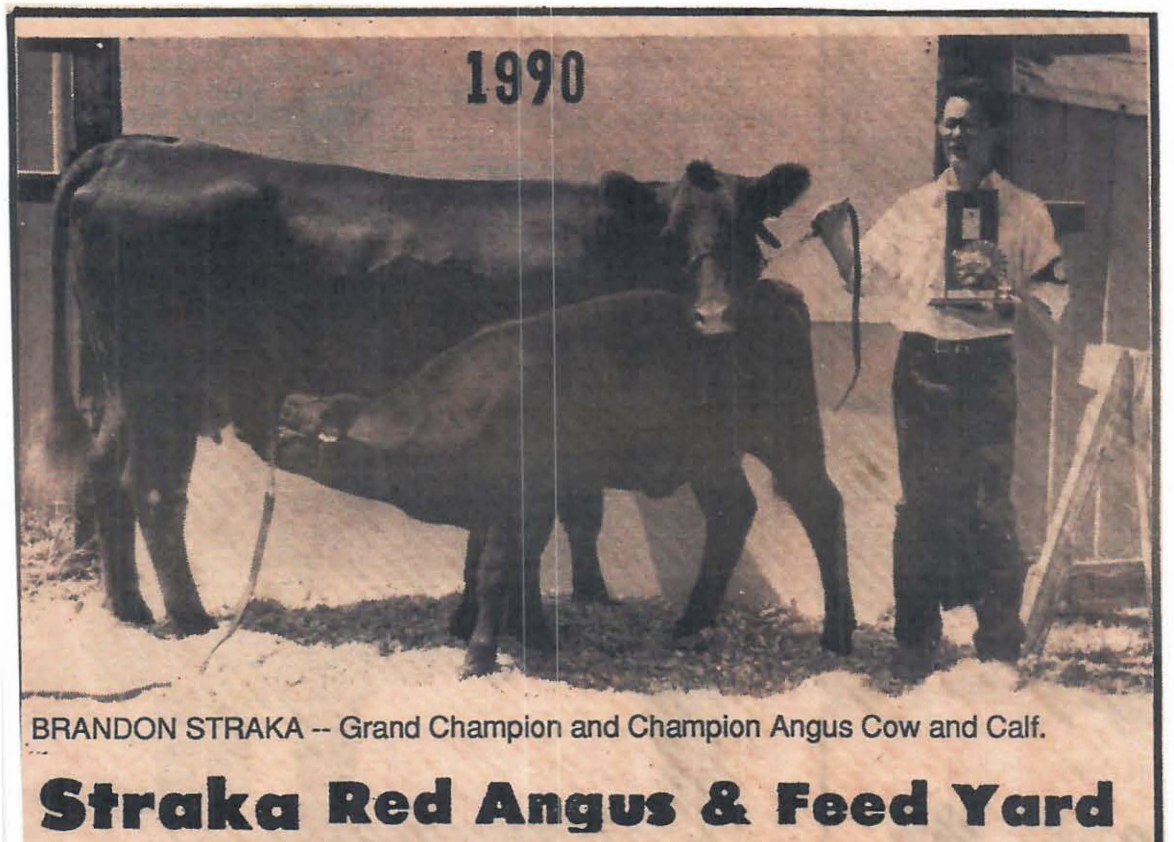 Update: Judge Friedrich sentenced Straka to 3 months home confinement and 36 months of probation. She repeatedly described his offense as worse than that of trespassers given that he encouraged them to breach the Capitol and defended the attack after the fact.

… Until a week after his second batch of leniency letters started coming in, and over 45 days after he pled guilty. 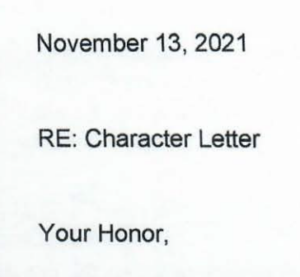 In fact, there’s no evidence in the public record that Straka ever gave any of that money to cops, not even the 75% he claimed to plan to donate, much less the 25% he was skimming from the top. There’s just a dated claim that it would be donated “at the conclusion” of a year that ended 20 days before the filing claiming it would be donated.

Since January 6, Brandon has spent a lot of hard time reflecting on his role in the events that took place that tragic day. He has offered strong condemnation for any violence used that day, especially the violence perpetrated against police. Additionally, Brandon has been actively using his platform to support law enforcement officers. Upon visiting the #WalkAway Foundation website, the first option presented is to donate to the “Refund the Police” initiative: “#WalkAway will donate 75% of the funds raised to pro-police organizations in [the fourteen (14) cities most affected by defunding initiatives]. The other 25% will be used for the cost of overhead for this campaign.”2 This initiative will close at the conclusion of this year; and is close to having raised over $18,000.00 at this time.

That’s important because Brandon Straka really wants to continue doing such grifting as a public service in lieu of having Probation monitor his social media and finances, much less serve jail time for his role in inciting an insurrection. He even asks to pay $5,000 as a fine to be allowed to dodge further scrutiny of his grift.

The Defendant respectfully requests that he be sentenced to either a terminal disposition of time served for the two days he has already spent in custody, or in the alternate, a term of home confinement and community service. Defendant requests that he not be placed on probation. Defendant also requests that the Court impose the maximum fine permitted for this offense, which is $5,000.

If the Court would allow Brandon to have included in his sentence a stronger portion of community service rather than a sentence of Probation, the country at large will be better served. The nature of Brandon’s job requires that he often travels, making supervision more difficult and costly—and to what end? Brandon has already been on Pretrial Release for nearly a year with no violations. He clearly has the capability to contribute to the greater good through fundraising and leading others into service with him. While the Probation Office’s Recommendation sees Brandon’s following as a reason for concern3, it is the Defendant’s belief, and Counsel for the Defendant’s belief, that his talents can be put to better use than verifying that he is in compliance with certain conditions of Probation—that if he is given true freedom, that he will use that freedom in service of his country.

Brandon also objects to the recommendation by the Probation Officer that he be subjected to a discretionary condition of Probation that monitors his electronic communications service accounts, including email accounts, social media accounts, and cloud storage accounts. Brandon also objects to his financial activity being monitored by the Probation Office. These discretionary conditions of Probation are not sufficiently relevant to the offense committed. In United States v. Taylor, 796 F.3d 788 (7th Cir. 2015), the Seventh Circuit reversed a restriction on the defendant’s computer ownership and internet access in a bank larceny case, stating that the restriction was not reasonably related to his prior conviction for incest. In Brandon’s case, emailing, using social media, and using cloud storage has nothing to do with his offense.

3 The government has never alleged, and there is no evidence, that Brandon used his following to commit any criminal activity. Brandon is charged for conduct he committed at the Capitol in his personal capacity.

Whether or not there is evidence that Straka used his online presence to prevent the peaceful transfer of power (and there is, though DOJ may have discovered it after entering into this dud plea agreement), Straka’s own story materially conflicts regarding what he did on January 6, 2021.

Straka’s own letter to Judge Dabney Friedrich implies that he went directly from Trump’s speech to the Metro and because he did so he had no way of knowing there was a violent riot going on.

I sat in the front row at the Ellipse and listened to the President of the United States speak. He concluded by telling the crowd that we were all now going to march “peacefully” to the Capitol. Everything felt perfectly normal and exactly in accordance with the schedule of events for that day. I then walked to the DC Metro On the way to the Capitol, I began getting text messages from people I knew who were at home watching the news on television indicating that people were going inside the Capitol building. Shortly after, I started getting numerous messages from the other scheduled speakers, some asking if our event was still happening, if it was now cancelled- it was total confusion. I was of 2 minds at this point. Either,

#1) The event is still happening and I’m still speaking, and that’s what I came all the way to DC to do. Or

#2) The event may no longer be happening, but SOMETHING is going on at the Capitol right now, and I want to be there to capture footage of whatever it is that’s going on. [my emphasis]

His sentencing memo describes that he came to DC to speak on January 5, and only stayed over because he was one of the very inflammatory people who were offered speaking slots on January 6 but who got canceled (!!!) at the last moment.

Prior to the January 6, 2021 rally at which then-President Donald Trump was set to speak, Brandon was set to speak at a rally held at Freedom Plaza on January 5, 2021 and travelled to Washington, D.C. for that purpose. Brandon remained in Washington, D.C. after the rally on January 5, 2021, as he was a potential slated speaker at a rally the next day. On the morning of January 6, 2021, Brandon arrived at the Ellipse at 5:00 a.m. in anticipation of then-President Trumps’ rally to start. Up until the time Brandon arrived at the event, he believed that he might speak at that event.

More problematic still, Straka’s sentencing memo describes that in-between Trump’s rally and the riot, Straka went to the Willard Hotel, where a bunch of his associates were plotting to steal the election (he doesn’t mention that fact), and where his “security guards” alerted him that it was too dangerous to walk the 28 minutes to the Capitol, which is why he instead took the Metro to the far side of the Capitol, spending perhaps 38 minutes in transit.

When President Trump concluded his remarks around 1:00 p.m., a wave of protestors left the Ellipse and headed toward the Capitol. At this time, Brandon left the Ellipse and traveled to the Willard Hotel to meet with two of his employees who were designated as security guards. Upon the advice of his security guards, Brandon did not participate in the march to the Capitol and instead took the Metro to the Capitol. While riding on the Metro, Brandon began receiving push notifications on his phone about what was happening at the Capitol. The Metro did not stop at the Capitol, and Brandon got off at the next stop—which was roughly an 18-minute walk from the Capitol.

By the time Brandon arrived, at around 2:40 p.m. (a full twenty minutes after the Capitol had been cleared), the outer barriers and fencing that had previously surrounded the Capitol were largely displaced. Brandon arrived and approached the East side of the Capitol, where things were calmer; and Brandon did not notice anything out of the ordinary during most of his walk to the Capitol.

And that version is off by at least two and possibly 22 minutes off from Straka’s sworn statement of offense.

Straka got off the metro on January 6, 2021 sometime between 2 p.m. and 2:20 p.m. He then knowingly entered the restricted area at the U.S. Capitol Grounds.

The revised story would have him arriving to the Capitol seven minutes after (prosecutors noted in their own sentencing memo) he was informed his speech was delayed because “they stormed the Capitol.”

At 2:33 pm on January 6, 2021, Michael Coudrey, the national coordinator for Stop the Steal, sent a message to a group chat telling those in the chat that the event that Straka was scheduled to speak at would be delayed because “They stormed the capital[sic].”

And that’s important, because Straka claims that when he said some inflammatory things on social media, he didn’t know about the violence.

Brandon made statements on social media that were in retrospect irresponsible and potentially inflammatory. Any statements Brandon made must be considered in context with the fact that Brandon had not witnessed the violence committed on the west side of the Capitol and he had not seen what was broadcasted on television. Once understanding the full context of the events, Brandon retracted and removed his prior statements.

Finally, it’s curious that DOJ is relying on a ProPublica story for the notice from Coudry (to say nothing of Ali Alexander’s warning, “Everyone get out of there … The FBI is coming hunting”). That’s because Straka claims to have provided prosecutors passwords to whatever phones he still had in his possession when the FBI searched his apartment.

Brandon cooperated fully with law enforcement, including providing two proffers and turning over the password to all devices seized as part of the search warrant executed on his apartment. Brandon provided information on individuals the government was investigating in separate cases and answered all questions posed by the government.

Indeed, with the inconsistencies between his letter to Dabney Friedrich and his own sentencing memo, the evidence shows he’s bullshitting Judge Friedrich.

I don’t know what excuses Probation scrutinizing Brandon Straka’s grift more closely than the FBI. I don’t know what targets DOJ was so desperate to implicate that they missed the target sitting in front of them.

But even his own sentencing package makes it clear he’s shoveling cow shit.

Enough With Hobbes And Rousseau Why It Would Be Counterproductive To Appoint a Special Counsel to Investigate...