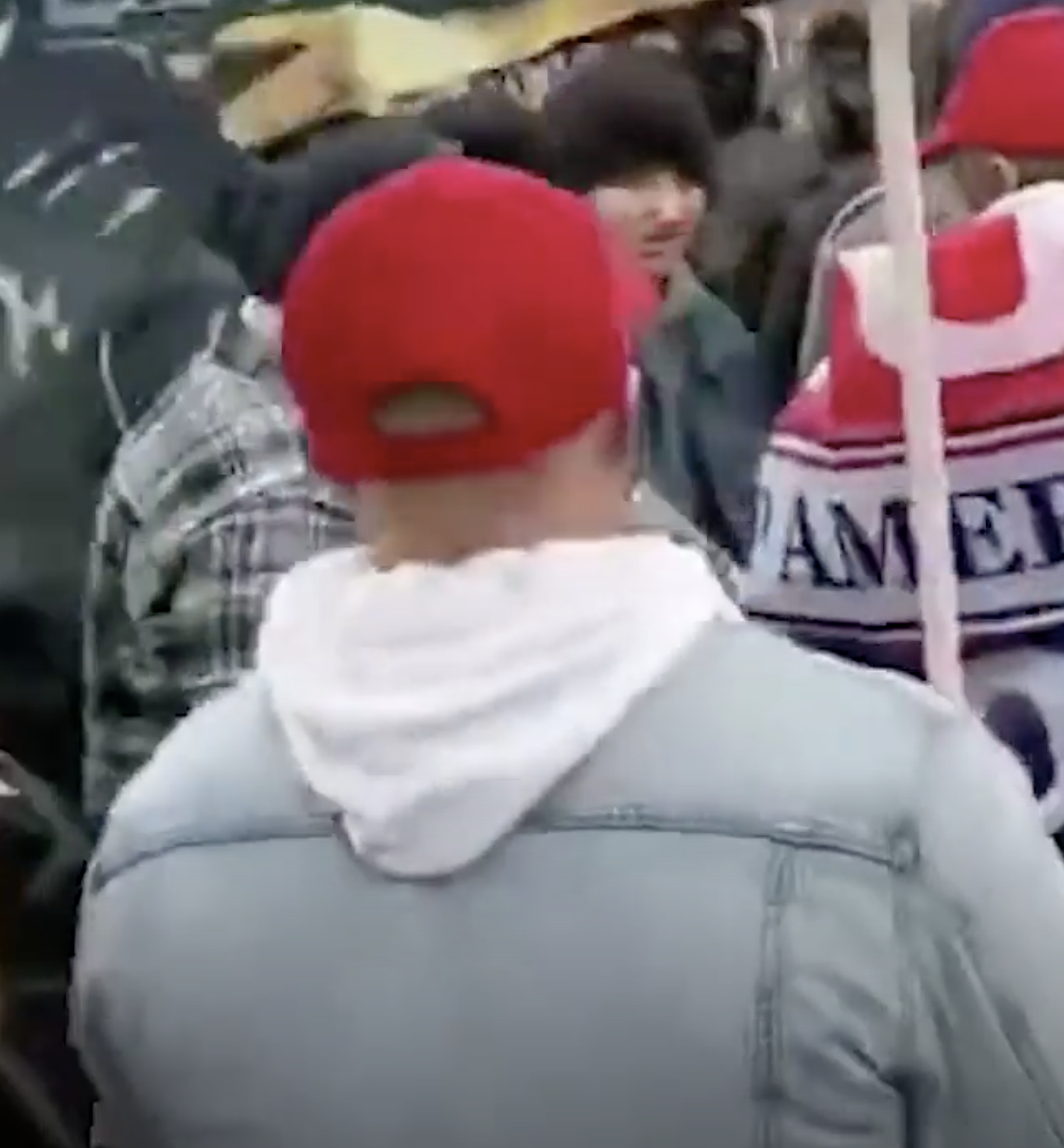 As noted here, DOJ charged Enrique Tarrio, along with the existing leadership conspiracy defendants and Dominic Pezzola, This is just the second superseding indictment against the key Proud Boys. And while it’s good that Tarrio was finally included and there are hints of interesting coordination, unlike with the Oath Keepers conspiracy, where each superseding indictment pointed to a relentless march in one direction, where the Proud Boy investigation is heading is far less clear to me.

My first question pertains to the non-inclusion of certain people in this indictment.

The first is William Pepe, who had been charged with Dominic Pezzola on the indictment that got consolidated with this one. He has either flipped (which would be especially noteworthy given that he is represented by John Pierce), or he’s just sitting out there in a conspiracy with himself.

Another person not included here is Ron Loerkhe. With Jimmy Haffner, he was instrumental in breaching the East side of the Capitol and seems to have provided military structure to the attack. The two of them remain charged only by complaint and in February DOJ got a 3 month continuance on their case.

A third is Aaron Whallon-Wolkind, a close associate of Zach Rehl’s who kibbitzed the attack from Philadelphia that day. He was raided back in October, seemingly suggesting he too might get charged. The indictment doesn’t charge him. It also leaves out some of his statements that were in earlier court filings.

Who is cooperating and who is not

Thus far, there is only one overt cooperator in the Proud Boy cases: Matthew Greene, the former co-defendant of Dominic Pezzola (who has been moved onto this indictment) and Pepe (who has disappeared).

There are three senior Proud Boys — named as Person 1, Person 2, and Person 3 — whose status remains unknown. All three had key leadership positions. And they presumably were involved in a video chat Tarrio scheduled for December 20 to discuss Person 3’s comment that, “most of the protest will be at the capital building given what’s going on inside.” Person 1 is almost certainly Jeremy Bertino, who lives in SC; a number of well-informed people believe Person 2 is Wolkind. [h/t CH]

There are other Proud Boys who could be included in this indictment but who aren’t. Dan “Milkshake” Scott got a continuance in February for 120 days; that filing stated that he and the government had not yet even started plea negotiations. Joe Biggs’ co-travelers on the Arthur Jackman indictment are all still charged individually, even though two of them were literally touching Biggs at key moments during the day; the government is only now sorting through conflicts posed by John Pierce’s representation of three of them that would have to precede any plea discussions. Zach Rehl’s co-travelers also remain charged by complaint (and just misdemeanors, too); in February the government got a continuance until April. Jeff Finley, who also with Rehl and the others for part of the day, got a continuance in February until late March, to allow for “continued discussions about the case.” [Corrected to note Finley is a PB] Gabriel Garcia, who seemed to be one of the most useful people reporting back so others could coordinate from outside the riot, seems headed for trial by himself.

Father Jeremy and son Jeffrey Grace remain in uncertain status, too. After dad got busted for paling around with Proud Boys last summer, they’ve been in flux but still just charged (not even with each other!) with trespassing. In February Jeffrey’s case got continued until St. Patricks Day and Jeremy’s got continued to April.

Meanwhile, on Friday, Ricky Willden set a change of plea hearing for April 7, pretty far in advance as these things go. Because he was charged directly with indictment, it’s not clear what the government knows, but he has ties to the Proud Boys and others.

In addition to the three Person-Numbers, this indictment refers to people by all manner of convention.

It names Stewart Rhodes in describing the meeting he had with Tarrio in a parking garage after Tarrio was released from jail on January 5.

Then there are multiple people described as “an individual whose identity is known to the grand jury,” the most interesting of whom is the person who shared a 9-page document about occupying key buildings in DC.

But that’s also the way the indictment describes Ryan Samsel before explaining that he, “put one arm around BIGGS’s shoulder and spoke to him” before be broke through the first barrier in front of the Capitol. On Friday, Jia Cobb (who took over the Samsel case from Tim Kelly when several people were added), ordered Samsel transported from the State Jail in Pennsylvania he had been in to a the Federal jail where DC jail residents had been moved to. Since Samsel has been charged, there’s no reason not to name him, just as Rhodes is named.

As I noted earlier, there’s no mention of Enrique Tarrio’s visit to the White House in December. The White House claimed that was no big deal, and maybe it is.

But this indictment also leaves out all mention of Proud Boys, including Tarrio, playing on Trump’s Stand Back and Stand By comment.

Where is the obstruction charge?

It charges all the men for the assaults originally charged just against Donohoe and Pezzola.

But it doesn’t include an obstruction charge for Tarrio, in spite of his explicit efforts to prevent others from cooperating, recordings of which were publicly released.

Where does this go from here?

But otherwise, this still feels really dispersed, and the prosecution team (which consists of three visible members for the leadership conspiracy, including Erik Kenerson, Jason McCullough, and Luke Jones, and about four detailees from other offices for satellite cases; a fourth prosecutor who had been on the core cases, Christopher Berridge, left immediately after Greene pled) has a far harder caseload than the significantly larger team on the Oath Keepers.

Pezzola Enrique Tarrio Gets His Chance to Fit In or Fuck Off “Problem:” SDNY Charges Elena Branson as Unregistered Agent of ...