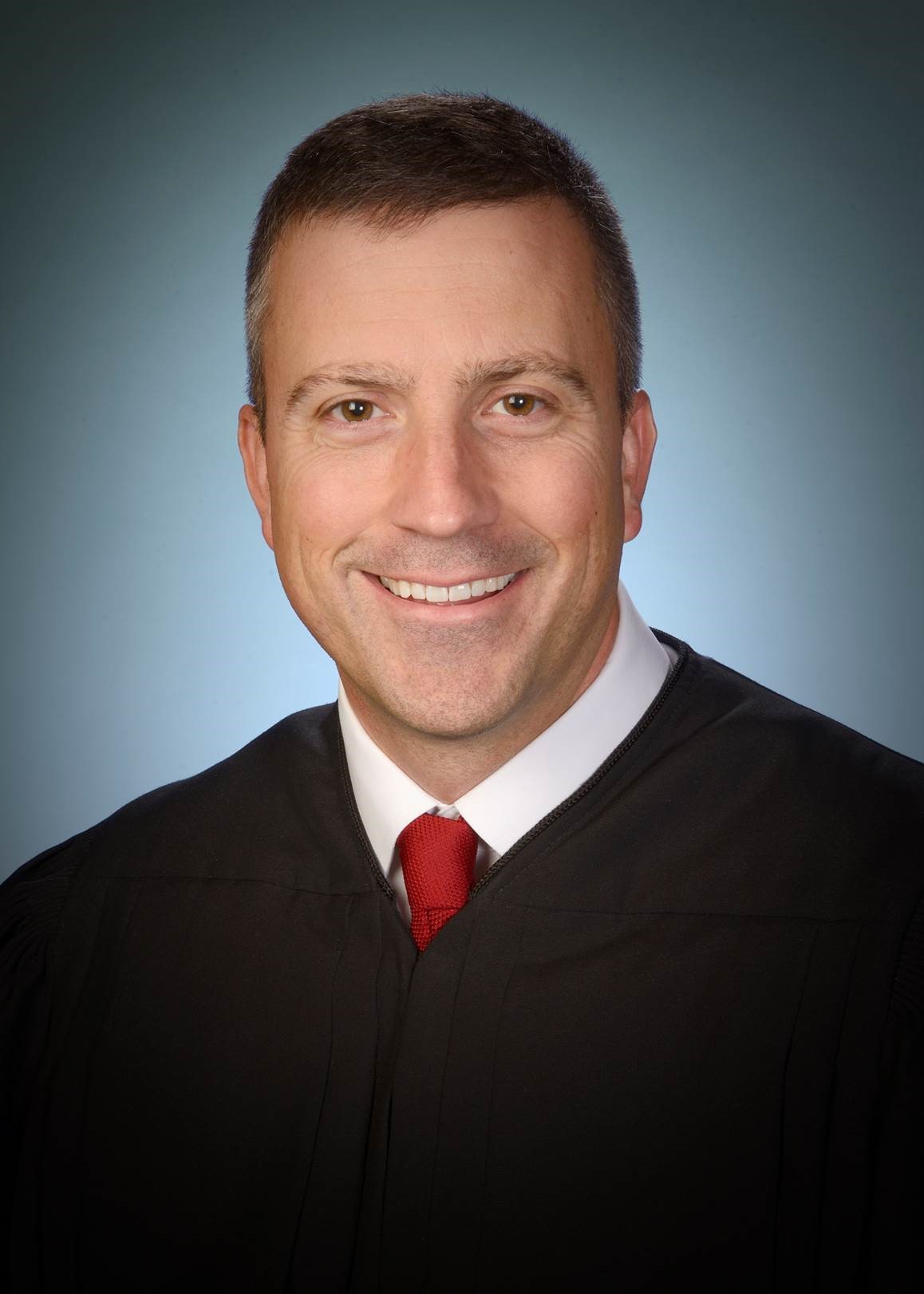 Yesterday, Trevor McFadden blew off DOJ’s request that Jenny Cudd be sentenced to jail time as well as DOJ’s request for a continuance of Cudd’s sentence so DOJ can determine what to do given that Cudd reneged on her statement of offense. Instead, the Trump appointee sentenced Cudd to two months of probation and a $5000 fine. Given the other sentences for January 6 defendants and even McFadden’s other sentencing decisions, it’s hard to view this sentence as anything else but a reward to Cudd for endorsing a revolution and refusing to fully cooperate with the government.

I could not listen in on the sentencing hearing. It was held in person, and McFadden — perhaps because he would like to hide his naked partisanship from the public — doesn’t turn on his public line for in-person hearings. At least forty other people besides me tried to call into this hearing.

But according to Jordan Fischer, the entire hearing was about whether those — like Cudd — who participated in a violent attempt to interfere with the peaceful transfer of power are being treated differently than Portland protestors arrested blocks away from Federal property. Cudd even publicly stated that she wished the effort to interfere with the vote certification had succeeded, basically a public boast that she wanted to obstruct the an official proceeding, the original crime with which she was charged.

Cudd’s attorney, Marina Medvin, accused the DOJ of “gamesmanship” and suggested prosecutors were recommending jail time not because of her individual actions, but because of her political views. She dismissed Cudd’s social media statements as “drunken tirades” and repeatedly drew comparisons to how federal prosecutors have charged, or not charged, protestors in Portland and during the confirmation hearings for Supreme Court Justice Brett Kavanaugh. McFadden was the right audience for those arguments, having repeatedly made the same comparisons himself during other hearings in Capitol riot cases.

Before delivering his sentence, McFadden said he didn’t believe in “aggregate justice” and that he found the DOJ’s sentencing recommendation for Cudd “disproportionate” from others with similar conduct.

“It does feel like the government had had two different standards here, and I can’t abide by that,” he said.

Cudd herself delivered a short statement promising to continue to fight for “free, fair and transparent elections” and saying she’d suffered financial and social consequences from her arrest, including threats against her and her business. She also expressed regret — that the challenge to certification of electoral votes on Jan. 6 was disrupted.

“I believe we would have a very different country if that debate process had not been interrupted that day,” Cudd said.

The reason we can be absolutely certain that McFadden rewarded Cudd because she doubled down on the glee with which she interfered with the vote certification (aside from his repeated explicit promises to sentence January 6 defendants lightly) is because we can compare her sentence with that of her co-defendant Eliel Rosa, who is different from Cudd in five ways: Rosa is an immigrant from Brazil, he pled guilty to a less serious misdemeanor than Cudd (parading versus entering restricted grounds), he not only fully cooperated with the investigation but actually turned himself in, unlike Cudd he was not in communication with the Proud Boys, and unlike Cudd, he is not known to have endorsed revolution the night before the riot.

McFadden sentenced Rosa to a longer period of probation than he did Cudd.

As the government has repeatedly described, after Cudd went to the rally on January 5, she came back to her hotel room at the Willard Hotel and endorsed a revolution.

On January 5, 2021, Cudd posted a video to social media in which she said, “a lot of . . . the speakers this evening were calling for a revolution. Now I don’t know what y’all think about a revolution, but I’m all for it . . . . Nobody actually wants war, nobody wants bloodshed, but the government works for us and, unfortunately, it appears that they have forgotten that, quite a lot. So if a revolution is what it takes then so be it. I don’t know if that is going to kick off tomorrow or not. We shall see what the powers that be choose to do with their power, and we shall see what it is that happens in Congress tomorrow at our United States Capitol. So either way I think that either our side or the other side is going to start a revolution.” [my emphasis]

The next day, as she was marching to the Capitol in a bulletproof sweatshirt (reflecting pre-planning for violence), she stated that she planned to convene with the Proud Boys who were — at that moment — kicking off a violent attack on the Capitol.

2 Cudd appears to have been communicating with a member of the Proud Boys on and around January 6; however, the government is not aware of any additional connection Cudd has to the group.

The government even cited Cudd’s boasts about the violence used against cops.

In October, McFadden sentenced Rosa to twelve months of probation (he did not fine Rosa, if I recall correctly, because Rosa already lost his job as a result of his role in the insurrection).

With that sentence, then, McFadden rewarded a white lady for attacking democracy.

Update: On Twitter, Cudd claimed that my factual observation about the way McFadden coddled her arises out of white guilt. 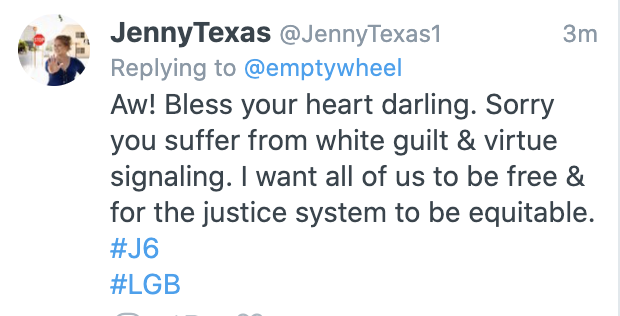