Yesterday, the government rolled out two hacking indictments from last year as part of its effort to use legal documents to expose Russian spying operations. While the indictments are important speaking documents, I realized from the response that the subset of journalists who focus primarily on cybersecurity were unaware that this effort was part of a larger effort to demonstrate Russia’s spying that DOJ (and, surely, other agencies of the IC) have been pursuing since the Russian invasion.

So I wanted to start collecting all instances here as a way to see the entire package of what DOJ is doing. I’ll try to keep this up-to-date.

Targets include Dmitriev and RDIF.

US expels 12 Russian diplomats at UN.

November 4, 2021 sealed indictment against a former Fox employee who helped sanctioned oligarch Konstantin Malofeyev set up some media outlets to push Russian propaganda. Hanick was arrested in the UK on February 3, 2022 and is being extradited. (press release; my post)

March 7, 2022 complaint against the one-time chair of the Russian Community Council of the USA. Branson attempted to set up meetings with Trump. (press release; my post)

Targets include Dmitri Peskov and his family, Viktor Feliksovich Vekselberg, and the VTB board.

September 17, 2020 indictment against the funder for Lev Parnas’ cannabis donations, Andrey Murviev. The S2 indictment is otherwise identical to the S1 indictment obtained the same day, though with Muraviev identified. (press release; my post) 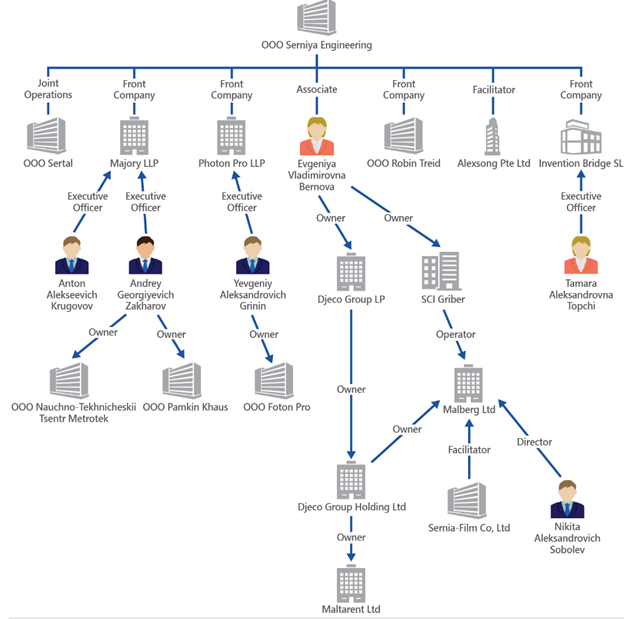 DOJ charged Dmitry Pavlov and, with German assistance, shut down the Hydra Market to which he leased a server.

DOJ charged Konstantin Malofeyev under the mirror charges to those against Jack Hanick.

The White House added sanctions to Sberbank and Alfa Bank, added new restrictions on US investments in Russia, and added family members of Putin, Medvedev, and Lavrov’s families.

DOJ rolled out the shut-down, in March, of the Cyclops Blink botnet run by Sandworm.

May 5: Pursuant to a US warrant, Fiji seizes Oligarch Suleiman Kerimov’s yacht

Fiji seized the $300 million yacht pursuant to a US based warrant.

September 30: Treasury sanctions a ton of Duma and Federation members

These sanctions were prepared as a response to Russia’s claim to have annexed additional parts of Ukraine.