Last week, I showed that most commentators are looking in the wrong place — in the backroom plots to overturn the election — for evidence of Trump’s role in January 6. All the scheming at the Willard only matters, I argued, because it brought bodies to occupy the Capitol and threaten Pence. You find the evidence of Trump’s influence on the rioters in the words and deeds of the rioters.

That argument is backed by an order Judge Reggie Walton issued a few weeks ago in the case of Dustin Thompson, who is set to go on trial for misdemeanor theft and trespass and felony obstruction charges on April 11.  His trial will be among the first for a January 6 defendant accused of obstruction who did not, also, engage in or threaten cops. His prosecution is symbolically important because he filmed himself helping to ransack the Parliamentarian’s office, from which he stole a coat rack. 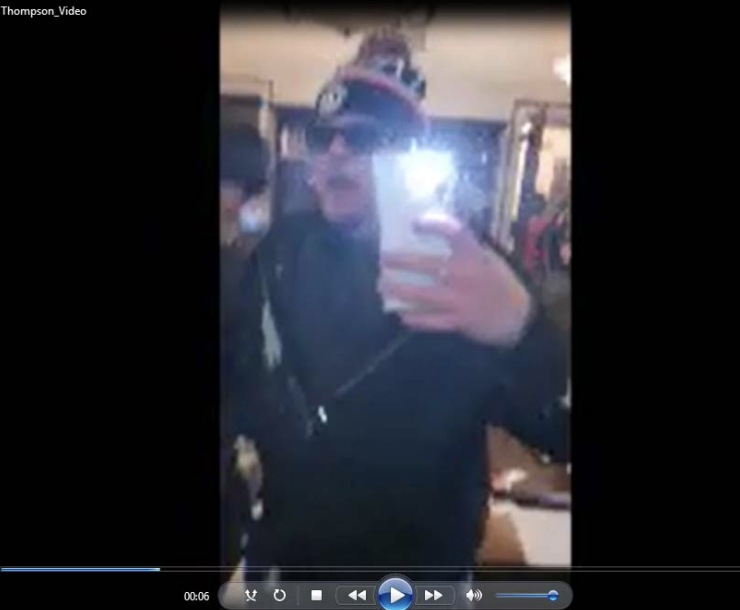 Because of his symbolic attack on the operation of the vote count, Thompson’s trial will be an important test of DOJ’s theory of obstruction.

For months, Thompson has been trying to get permission to call Trump and Rudy Giuliani to claim that he believed he was acting on orders from the President to occupy the Capitol and therefore did not have the corrupt intent to be guilty of felony obstruction.

Walton will permit Thompson to show the speeches of Rudy and Trump, but he rejected the defendant’s bid to call them as witnesses. He did so partly because of the circus doing so would cause (the legal term is “a trial within a trial” or “mini-trial”). But he also did so because Thompson would have had no knowledge of anything that happened behind the scenes. If he was genuinely influenced by what Trump said that day, it would have been exclusively through his speech and later Tweets. The best available evidence about what Trump said that — Thompson claims — led him to storm the Capitol would thus be the recorded speeches, not whatever Trump would say on the stand.

ORDERED that the testimony of the putative witnesses referred to in the Defendant’s Motion to Appoint U.S. Marshals Service as Process Server (“the defendant’s process server motion”), ECF No. 44, is inadmissible in support of either of the first two versions of the public authority defense as described by the defendant in his Brief in Support of Testimony of Donald J. Trump, et al., ECF No. 53. It is further

ORDERED that the actual statements of the putative witnesses referred to in the defendant’s process server motion are admissible (1) to the extent that the defendant can establish that he heard them prior to the acts that he is alleged to have committed and (2) for the sole purpose of attempting to show that he did not have the requisite intent to commit the crimes he has been charged with committing. It is further

ORDERED that the in-person testimony of the putative witnesses is inadmissible under Federal Rule of Evidence 403 because the probative value of such testimony is substantially outweighed by the danger of confusing the issues and misleading the jury. The only relevant testimony by the speakers would be the actual statements heard by the defendant prior to the acts that he is alleged to have committed. Testimony about an orchestrated or behind-the-scenes effort to cause former President Trump’s supporters to commit the acts that occurred at the United States Capitol on January 6, 2021, as alleged by defense counsel, is irrelevant as it has no relevance to the public statements that the defendant actually heard. Moreover, the probative value of the proposed in-court testimony about such public statements is lacking, given the duration of time since these statements were made and the improbability that the witnesses will be able to precisely mimic the text, tone, demeanor, and mannerisms originally used when the statements were made, all of which are necessarily relevant to the statements’ impact on the defendant’s intent. Accordingly, in light of the irrelevance of the alleged desire on the part of the speakers to incite the defendant to commit the crimes charged in this case and the substantial potential that their testimony will mislead and confuse the jury, it is therefore inadmissible under Rule 403. Furthermore, the recordings of what the defendant heard at the time the statements were made is the best evidence of the impact that the statements allegedly had on the defendant’s intent. For this reason also, the in-court testimony of the speakers is inadmissible. 2

2 It is inconceivable that any of the speakers will testify that they intended for the people they were addressing to commit the acts that the defendant is accused of committing, in no small part because doing so could result in criminal charges being lodged against them. Thus, it is highly likely that they would either assert their Fifth Amendment privilege not to incriminate themselves or deny that they intended to incite the crowd to commit the acts that occurred at the Capitol on January 6, 2021. However, even if the speakers were to so testify, such testimony would open the door for the government to cross-examine the speakers about their intent in making the alleged statements. This would inevitably lead to a mini-trial on the issue of the intent of the speakers in making their statements, which, as the Court concludes above, is utterly irrelevant to the impact of the statements on the defendant’s intent. This reality is further reason not to permit the speakers to testify at the defendant’s trial.

Thompson is going to have a hard time blaming Trump’s speech in any case. As Thompson’s co-defendant Robert Lyon admitted in his statement of offense when he pled guilty last month, he and Thompson weren’t paying close attention to Trump’s speech.

During the January 6, 2021 speech given by former President Trump, Thompson and Lyon twice went to get food from nearby food trucks. Thompson was also on his phone on various occasions during the speech.

Thompson also sent texts before he arrived in DC, including multiple ones pertaining to the Stop the Steal rally and others talking about arming himself, evincing his plans before the rally. 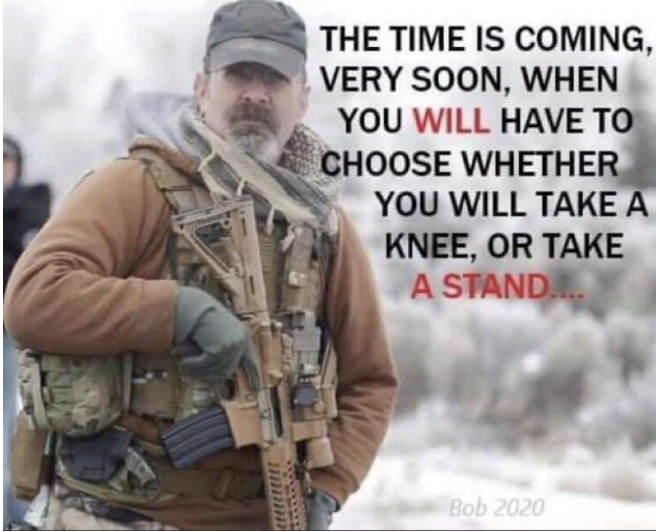 Those are the texts Judge Walton permitted the government to admit at trial.

Thompson will presumably still try to make his trial about Trump. But Judge Walton laid down an important principle — one that stems from the real influences on most (but by no means all) rioters — that Trump’s role in their obstruction stems from what is public.