Back Was Stood, And By Was Stood: The Passive Voice Behind the Top Down Structure of the Charles Donohoe Statement of Offense 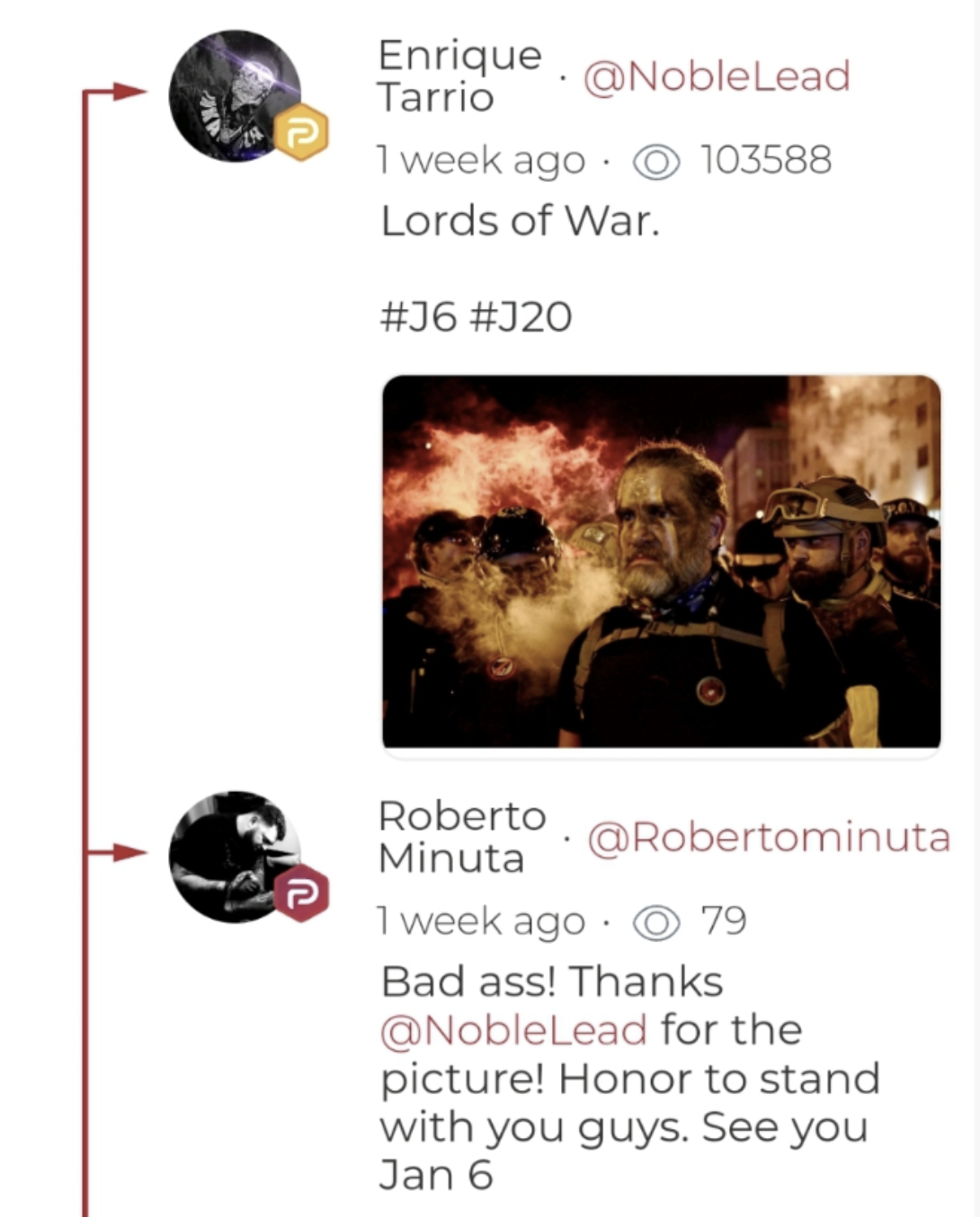 As I’ve been expecting for some time, Proud Boy Charles Donohoe pled guilty today — to one count of 18 USC 1512(k) (the obstruction conspiracy statute) and one count of assault.

There are few new details in his statement of offense. The most important ones are that:

Most of the rest of the statement of offense is designed to implicate the entire, strictly-enforced hierarchy of the Proud Boys in several kinds of criminal exposure.

First there’s the plan to use violence to obstruct the vote count — something that was planned before Tarrio was arrested, and so something in which he is clearly implicated.

Donohoe was not given details of the plan referred to by Biggs, but Donohoe understood from discussions among the MOSD and other Proud Boys that the objective in Washington, D.C., on January 6, 2021, was to obstruct, impede, or interfere with the certification of the Electoral College vote. Donohoe understood from discussions that the group would pursue this through the use of force and violence, in order to show Congress that “we the people” were in charge.

Within minutes of arriving, members of the crowd breached the barriers and advanced onto Capitol grounds. Donohoe saw Nordean and Biggs advance onto Capitol grounds and followed them. Donohoe believed these actions were intended to stop the certification of the Electoral College vote.

This implicates everyone in the chain of command in using violence to obstruct the vote certification.

Then there’s the damage to the Capitol that Pezzola did with that riot shield — and all the damage that followed.

The attack on the Capitol resulted in substantial damage, requiring the expenditure of more than $1.4 million dollars for repairs.

This is important because 18 USC 1361, willfully doing more than $1,000 of damage to a government building, can carry a terrorism enhancement if done to coerce the government, which (very loosely speaking) can add roughly 10 years to any sentence imposed. Donohoe’s statement of offense says that the foreseeable damage the Proud Boys did with the goal of obstructing the vote certification was $1.4 million.

Finally, there’s the violence that happened, starting with Donohoe’s own water bottles but including Milkshake’s assault on cops and all the other violence that was foreseeable.

Donohoe threw two water bottles at a line of law enforcement officers engaged in the lawful performance of their official duties who were attempting to prevent the mob’s advance in the West Plaza at the Capitol building. It was reasonably foreseeable to Donohoe that members of the Proud Boys who had been led to the Capitol by Nordean and Biggs would engage in assaults on law enforcement.

In taking such actions, Donohoe intended to influence or affect the conduct of the United States government. He accomplished this by intimidating and coercing government personnel who were participating in or supporting the Congressional proceeding, including Members of Congress, Congressional staff, and law enforcement officers with the Capitol Police and Metropolitan Police Department.

This language — and Dan Scott’s more serious assault and by association all the assaults that happened that day — is important because the conspiracy tied to obstruction, 18 USC 1512(k), can carry enhancements for things like attempted murder and attempted kidnapping, making the maximum penalty 30 years instead of 20.

(3) The punishment for an offense under this subsection is—
(A) in the case of a killing, the punishment provided in sections 1111 and 1112;
(B) in the case of—
(i) an attempt to murder; or
(ii) the use or attempted use of physical force against any person;
imprisonment for not more than 30 years; and

Since this post is about the passive voice, let me note that murders were attempted on January 6.

As I said, what this statement of offense does is implicate the entire chain of a very hierarchical command in criminal exposure for the intentional use of violence and the foreseeable damage to the Capitol as part of a plan to coerce Congress to halt the vote certification. Everyone from Tarrio on down is implicated in this, and several specifics about Donohoe’s statement of offense will ensure that Tarrio can’t escape responsibility because he was absent and Donohoe filled in.

But it is the foundation of that hierarchy that is so remarkable.

On December 19, 2020, plans were announced for a protest event in Washington, D.C., on January 6, 2021, which protest would coincide with Congress’s certification of the Electoral College vote.

On or before December 20, 2020, Tarrio approached Donohoe and solicited his interest in joining the leadership of a new chapter of the Proud Boys, called the Ministry of Self Defense (“MOSD”). Donohoe understood from Tarrio that the new chapter would be focused on the planning and execution of national rallies and would consist of hand-selected “rally” boys. Donohoe felt privileged to be included and agreed to participate.

Close to every other filing in the January 6 case that mentions the announcement of these plans actually cites what was taken as the formal announcement: Trump’s tweet, in response to which hundreds if not thousands of rioters began to make plans to come to DC.

Peter Navarro releases 36-page report alleging election fraud ‘more than sufficient’ to swing victory to Trump https://t.co/D8KrMHnFdK . A great report by Peter. Statistically impossible to have lost the 2020 Election. Big protest in D.C. on January 6th. Be there, will be wild!

The import of that December 19 tweet was clear even in real time; the NYT and WaPo recently returned to the central role it plays in a great number of January 6 cases.

But this statement of offense instead presents what was viewed as an order from Trump in the passive voice: “Plans were announced.” Trump announced those plans, as every other charging document makes clear.

And the next day, in response to that announcement, Tarrio started building that top-down hierarchical structure that would go on to intentionally assault the Capitol and cops.

There are many things this statement of offense does with that masterful use of the passive voice. It implicates, without mentioning, people like Peter Navarro and Ali Alexander, the former because he was mentioned in the tweet and the latter because he was organizing it. The statement of offense makes clear that Tarrio told Donohoe and other Ministry of Self Defense leaders about what their plan was, but doesn’t reveal what he has shared, particularly what he shared about direct planning with people close to Trump. Indeed, the language of the statement of offense leaves open the possibility that Tarrio was moving on this even before the public launch of the riot by Trump.

But most importantly, without naming him, this structure puts Trump at the head of that hierarchy that bears top-down responsibility for the intentional violence and damage in the service of obstructing the vote certification.

This is like announcing a plan to “Stand back and stand by” using the passive voice.

Update: Yesterday, WV Proud Boy head Jeffrey Finley pled guilty in what appears to be one of the misdemeanor pleas tied to advance cooperation. His statement of the offense strongly implicates Zach Rehl, with whom he co-traveled for part of the day.

Six Investigative Files from the Mueller Investigation Durham May Have Just... Bill Barr’s Legal Exposure May Lead Him to Lie about the Hunter Biden...