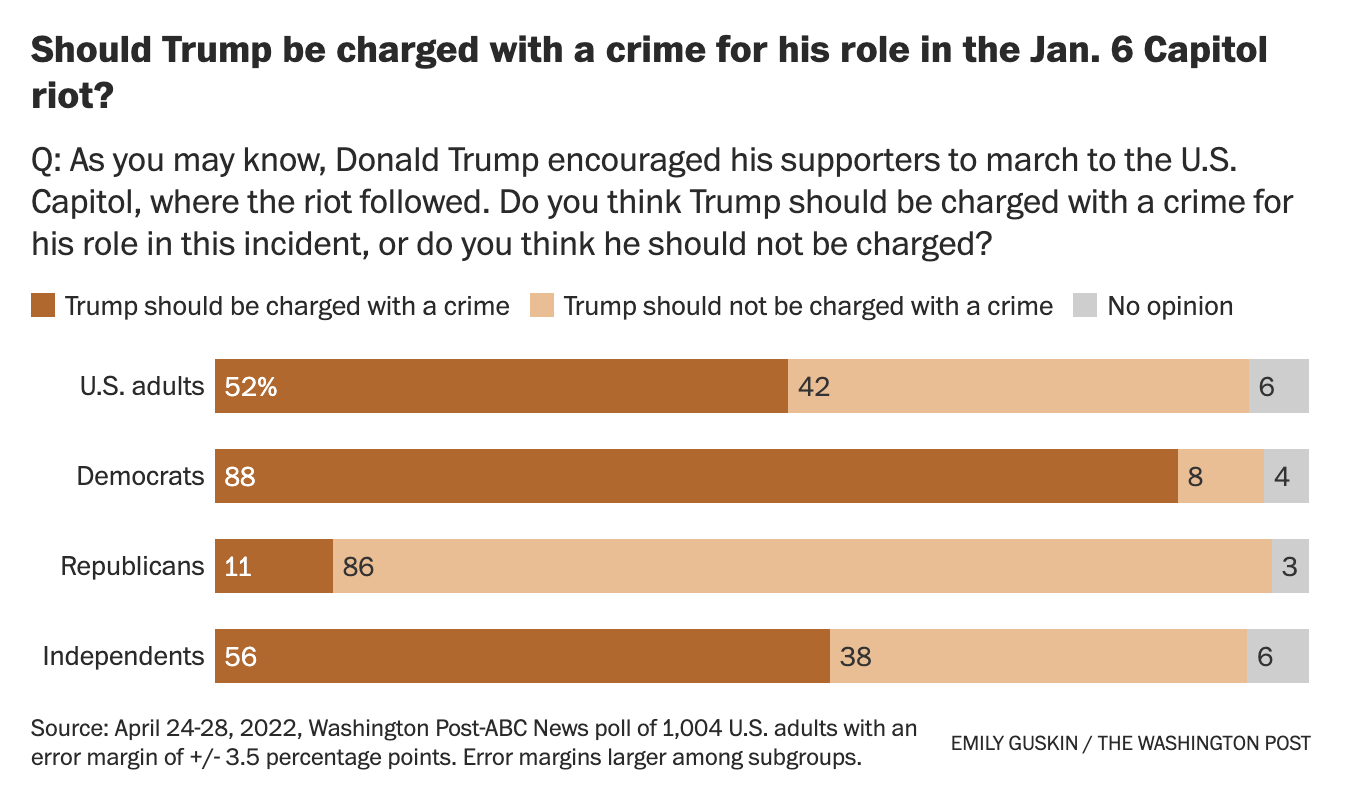 WaPo is out with a poll showing that a slight majority of Americans believe Trump should be charged for what they claim was “his role in this incident.”

Except they polled only one of Trump’s suspected crimes, “encourag[ing] his supporters to march to the U.S. Capitol, where the riot followed.” They don’t even describe that as incitement, which is the only way it’d be a crime.

But the poll is largely meaningless because they don’t poll the more egregious crimes for which Trump might be charged. Among the things they didn’t poll, all of which are being investigated, is whether Trump should be charged if he:

The Conspiracy to Use a Very Large Trump Sign as a Weapon To Obstruct the Vote... Todd Wilson: The Seditious Conspiracy Grows Branches