Judge Cooper Rules for Durham on Key Issues, But Rules against His Conspiracy Theory 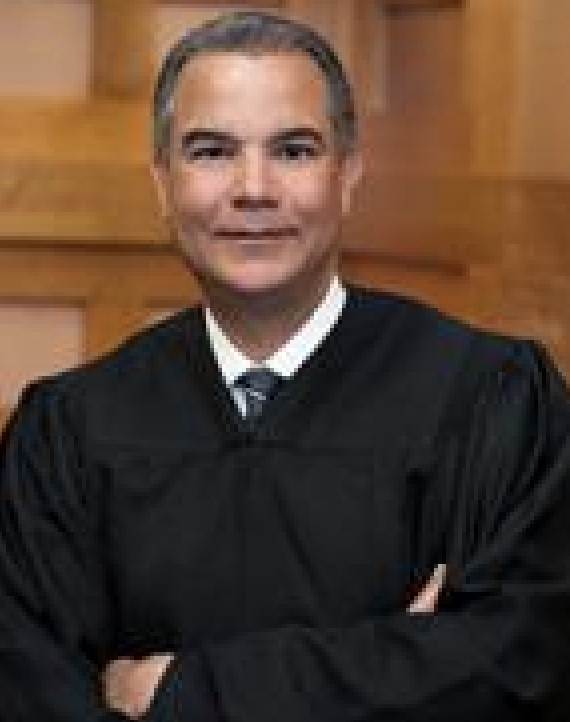 Judge Christopher Cooper has issued his ruling on the various motions in limine from the two sides in the Michael Sussmann case. As I understand it, his ruling means:

I’ll have to think through the implications of this (and a lot of it depends on Cooper’s ruling on the privilege claims).

Perhaps as important as those evidentiary rulings, though, is this characterization from Cooper about what this case is about.

This dispute is framed by the parties’ competing theories of how the data came to be. In brief, the government contends that the Alfa Bank data was gathered as part of a concerted effort to collect and disseminate derogatory opposition research about Donald Trump. Participants in this purported joint undertaking, according to the government, include the Clinton Campaign; the Campaign’s General Counsel and then-partner in the Perkins Coie law firm, Marc Elias; an investigative firm retained by Mr. Elias, Fusion GPS; the defendant; Mr. Joffe; and several computer researchers working at Mr. Joffe’s direction. The government has proffered the existence of at least some circumstantial evidence connecting Mr. Sussmann to certain aspects of the data gathering effort. See Gov’t Opp’n to Def.’s Mots. in Lim. at 17–18, ECF No. 70 (promising that testimony will establish that Mr. Sussmann was aware of the “corporate sources” of the data and assured Researcher-2 that the data had been lawfully collected); Indictment ¶¶ 20, 23 (alleging that beginning in mid-August, Mr. Sussmann, Mr. Joffe, and Mr. Elias met on two different occasions and, shortly thereafter, Mr. Joffe emailed the researchers about the data); id. ¶ 24 (describing billing entries indicating that Mr. Sussmann helped draft one of the white papers that was provided to the FBI). The government contends that Mr. Sussmann’s desire to conceal this joint venture—particularly the Clinton Campaign’s involvement—supplied a motive for him to misrepresent to Mr. Baker that he was not providing the data to the FBI on behalf of any client, when he was actually representing both Mr. Joffe and the Campaign.

The defense paints a different picture. As the Court gleans from various of the defense’s pleadings and arguments, its case will be that Mr. Joffe obtained and analyzed the relevant data independently of Mr. Sussmann and the Clinton Campaign; that Mr. Joffe enlisted the defendant, with whom he a preexisting attorney-client relationship, for legal advice on how to handle and disseminate the data to a wider audience; that Mr. Sussmann reasonably believed, based on the understanding of the data that he gained from Mr. Joffe, that it tended to support the existence of a communications link between Alfa Bank and Mr. Trump; that Mr. Sussmann and Mr. Joffe shared the view that bringing the potential communications channel to the FBI’s attention was important to protect national security, regardless of any political implications; and that Mr. Sussmann sought an audience with Mr. Baker for that purpose. The defense has acknowledged that Mr. Sussmann at least received the data in connection with his legal representation of Mr. Joffe, see Mot. Hr’g Tr. at 38:6–18, but (as the Court understands) denies that he had an attorney-client relationship with the Clinton Campaign that covered activities related to the Alfa Bank data.

The jury is entitled to hear both these narratives.

This framework is important for several reasons. First, I think Cooper has a misunderstanding of how the two technical white papers were written, based off Durham’s projection of billing records onto actual drafting. If I’m right that that’s a misunderstanding, it will be a significant issue at trial.

There are a few other details that Cooper may not have entirely correct. But Cooper views these two competing stories to be Durham’s political malice story versus Sussmann’s national security threat story.

And if that’s how he understands it, he will be far more likely to allow a bunch of exhibits that Sussmann wants in that Durham wants excluded. Some of it would be necessary anyway — as I keep saying, Trump’s request of Russia to hack Hillary some more, plus the likelihood Sussmann knew in real time that the request was immediately followed by a renewed wave of attacks, is central to Sussmann’s state of mind when he met with Baker, and Cooper is treating this as a trial about Sussmann’s state of mind. But for Sussmann to convey why the Alfa Bank anomaly raised real national security concerns, he will need to explain the background of Trump’s false claims about Russia.

But the most important thing Cooper said, in the context of ruling against letting Durham treat all this as a conspiracy, is this:

Because no conspiracy is charged in the indictment, this undertaking would essentially amount to a second trial on a non-crime conducted largely for the purpose of admitting “other acts” evidence of Mr. Sussmann’s motive rather than his commission of the singular and narrow crime with which he has been charged.

This sort of particularized evidentiary analysis is especially unwarranted given that the Court has already ruled on the admissibility of many of the emails on other grounds.

This is the point I made in this post — one that several frother lawyers claimed suggested I didn’t understand these evidentiary issues. These evidentiary decisions are not made based on whether frothy Durham fans want the evidence in, but based on a set of interlocking evidentiary rules. Cooper has, overly optimistically, I think, set up a framework (primarily by excluding discussion about the accuracy of the information) that he thinks will guide all these decisions. But even within that framework, the rules of evidence will still apply.

And that will leave significant parts of Durham’s conspiracy theory out of the trial.