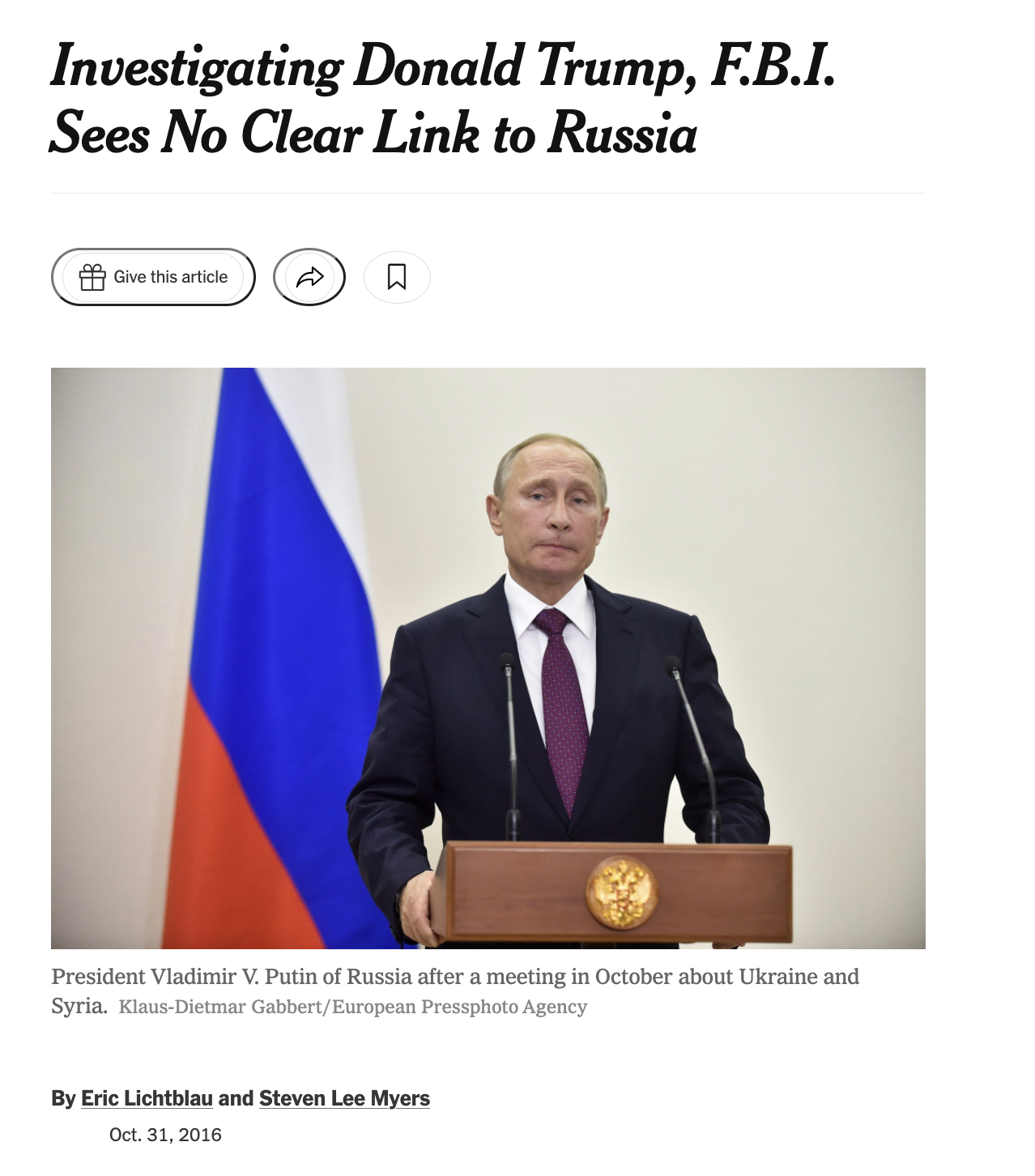 I’m still waiting on the second transcript from the Michael Sussmann trial, after which point I’ll lay out what Andrew DeFilippis already did to give Sussmann cause for appeal, if he were to lose.

Until then, I want to share the unbelievably crazypants belief that Durham’s prosecutors are attempting to sell to a jury. AUSA Brittain Shaw laid out the framework Durham’s team will use this way:

How did the defendant execute this plan? Through his two clients.

First, the Clinton Campaign. You’re going to hear that in the summer of 2016, as the presidential election was heating up, the defendant was working at a major D.C. law firm which was acting as legal counsel for the Clinton Campaign. You’re also going to find as part of — hear that as part of their campaign efforts they were hired and were paying an investigative firm called Fusion GPS that was hired to do what’s called opposition research.That’s where the defendant’s plan took shape, and the evidence will show that the plan had three parts: a look, a leak, and a lie.

[claims about Fusion GPS and Rodney Joffe’s efforts, the latter of which, especially, are badly wrong]

First the look. The evidence will show that as Sussmann and Joffe met and coordinated with representatives of the Clinton Campaign and Fusion GPS, they looked for more data. You will hear that Joffe instructed people at his companies to scour Internet traffic for any derogatory information they could find about Trump or his associates’ online Internet activities, including potential ties to Alfa-Bank or to Russia. And you will see that Fusion GPS did the same using their access to other information.

Second, the leak. You will hear from the evidence that the defendant and Joffe then leaked the Alfa-Bank allegations to a reporter at the New York Times with the hope and expectation that he would run a story about it.

Third, the lie. You will see that when the reporter didn’t publish this story right away, the defendant and others decided to bring this information to the FBI and to create a sense of urgency, to also tell the FBI that a major news organization was running a story within days. That’s when the defendant requested the meeting with the FBI general counsel and told him that he was not doing this for any client.

The evidence will show you that the defendant had at least two reasons to lie.

First you’re going to hear that the defendant was a cyber security lawyer who had been hired earlier that year by the Democratic National Committee to represent them in relation to a computer hack where they’d been the victim. Because of this, the defendant was in frequent contact with the FBI about the hack investigation. They considered him to be the DNS — I mean, the DNC attorney for that matter. Because they viewed him as the DNC lawyer for the hack, the defendant knew that if he came in and told them that he was representing a political candidate at this time, weeks before an election, they might not meet with him right away, let alone open an investigation.

Second, the defendant knew that if he could get the FBI to investigate the matter and reach out to the press to try to stop the story, that that would make the story more attractive to the press, and they would report on it. [my emphasis]

I get that this is supposed to be catchy for jurors. But this is a child’s fantasy (and Sussmann’s lawyer, Michael Bosworth, noted that Sussmann going to the FBI was, “The exact opposite of what the Clinton Campaign would want”).

Start with Shaw’s claims about “the look.” Not only is it false that Joffe was looking for new information after such time as Sussmann was aware of it, not only won’t the witnesses Durham plans to call explain all of where the data came from, but already, DOJ has submitted two exhibits showing that the focus on late data gathering was on Alfa Bank, not Trump. And those late data collection efforts even included dcleaks (I’m virtually certain that Durham has not provided Sussmann discovery on all the things, such as the FBI’s suspicions that Roger Stone had advance awareness of the dcleaks operation, for them to submit evidence about it).

Then Shaw claimed that Sussmann lied to provide urgency to the story. Based on my understanding, Shaw is wrong about the NYT’s plans for publication of the story. My understanding is that Dean Baquet would have happily published the story in September, when Eric Lichtblau was ready to publish and when Sussmann helped kill the story, but by October, he would only publish if reporters could prove substantive communications had taken place. That’s consistent with what Dexter Filkins reported.

The F.B.I. officials asked Lichtblau to delay publishing his story, saying that releasing the news could jeopardize their investigation. As the story sat, Dean Baquet, the Times’ executive editor, decided that it would not suffice to report the existence of computer contacts without knowing their purpose. Lichtblau disagreed, arguing that his story contained important news: that the F.B.I. had opened a counterintelligence investigation into Russian contacts with Trump’s aides.

So none of her basic claims are true.

But the thing that is breathtakingly ridiculous is Shaw’s claim that Sussmann’s purported plan to create, “an October surprise on the eve of the presidential election … largely succeeded.”

What Sussmann got for his troubles of helping to kill the story in September was a story at Slate rather than NYT, immediate pre-election pushback from several entities (including me), and a NYT story that made multiple claims that were true at the time but that we now know to be false.

The story claimed there was no tie between Trump and the Russian government; but Trump and Michael Cohen were lying to cover up (among other things) a call with the Kremlin about doing a real estate deal with a sanctioned bank and a former GRU officer.

The story claimed there was no secret email communication between Trump and Russia, but Trump’s rat-fucker was communicating with the GRU persona behind the hack and (as noted) may have had advance knowledge of precisely the information operation that Joffe and the researchers were investigating in August 2016.

The story claimed that Russia hacked Trump only to disrupt the election, when subsequent reports have concluded Russia had by that point come to favor Trump (though, I suspect, that was partly because they knew how damaging Trump would be for the country).

Democrats I know place varying blame for Hillary’s loss. Virtually all put the FBI’s sabotage of her campaign as the most important cause (of which Devlin Barrett’s October Surprise, the successful leak of a criminal investigation into Hillary as compared to the opposite here, was a small part). Shaw asserted that, “the FBI is our institution that should not be used as a political tool for anyone,” and yet the Clinton email investigation, the Clinton Foundation investigation, and Durham’s own investigation are all more obvious — and wildly more successful — efforts to use the FBI as a political tool than sharing an anomaly with the FBI and helping to kill a story about it.

But no matter who Democrats blame for Hillary’s loss, most point to that NYT story as one of the most damaging stories of the campaign.

And Durham’s entire prosecution is based on the opposite, that the story that most infuriates Democrats was, instead, entirely the point.

EDNY Accuses Tom Barrack of “Harvesting Assets” by Crafting Policy... Like the January 6 Investigation, the Mueller Investigation Was Boosted by Congressional...