Longtime readers of emptywheel are no doubt familiar with my obsession with the weird prevalence of sticky notes that appear on exhibits used by prosecutors Bill Barr appointed to launch politicized witch hunts. These posts provide a background, but the tl;dr is that I caught the Jeffrey Jensen crew adding dates on sticky notes, some inaccurate, to FBI notes as part of the effort to kill the Mike Flynn prosecution.

The Jeffrey Jensen “Investigation:” Post-It Notes and Other Irregularities (September 26, 2020)

John Durham Has Unaltered Copies of the Documents that Got Altered in the Flynn Docket (December 3, 2020)

As I noted here, there some reason to believe Durham’s evidence comes from the same collection of documents as Jeffrey Jensen’s.

Durham released the trial versions of Bill Priestap and Trisha Anderson’s notes yesterday. So without further commentary (for now), I’d like to post how these notes appeared in the filing he used to get the notes admitted in the first place with what the jury will see. 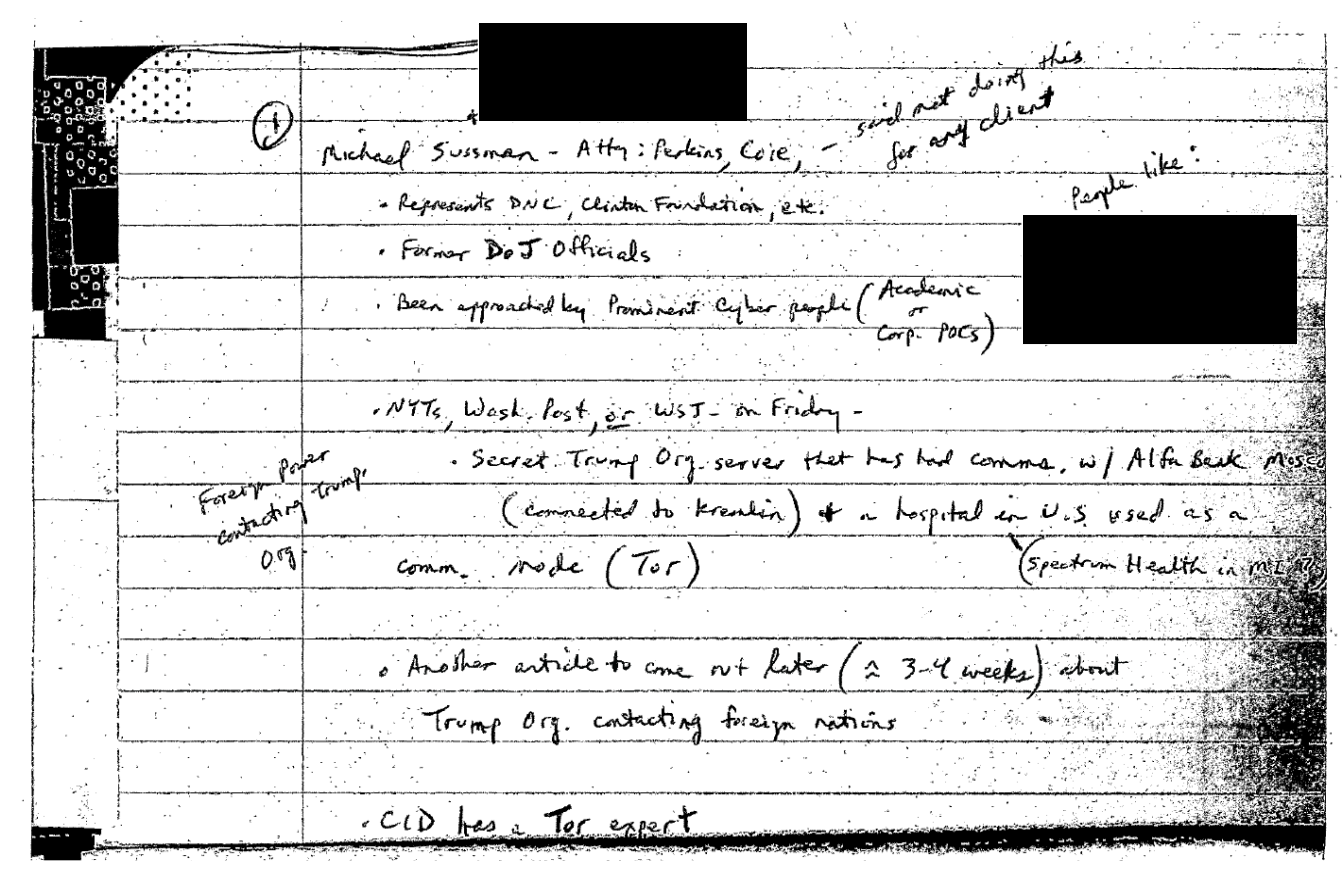 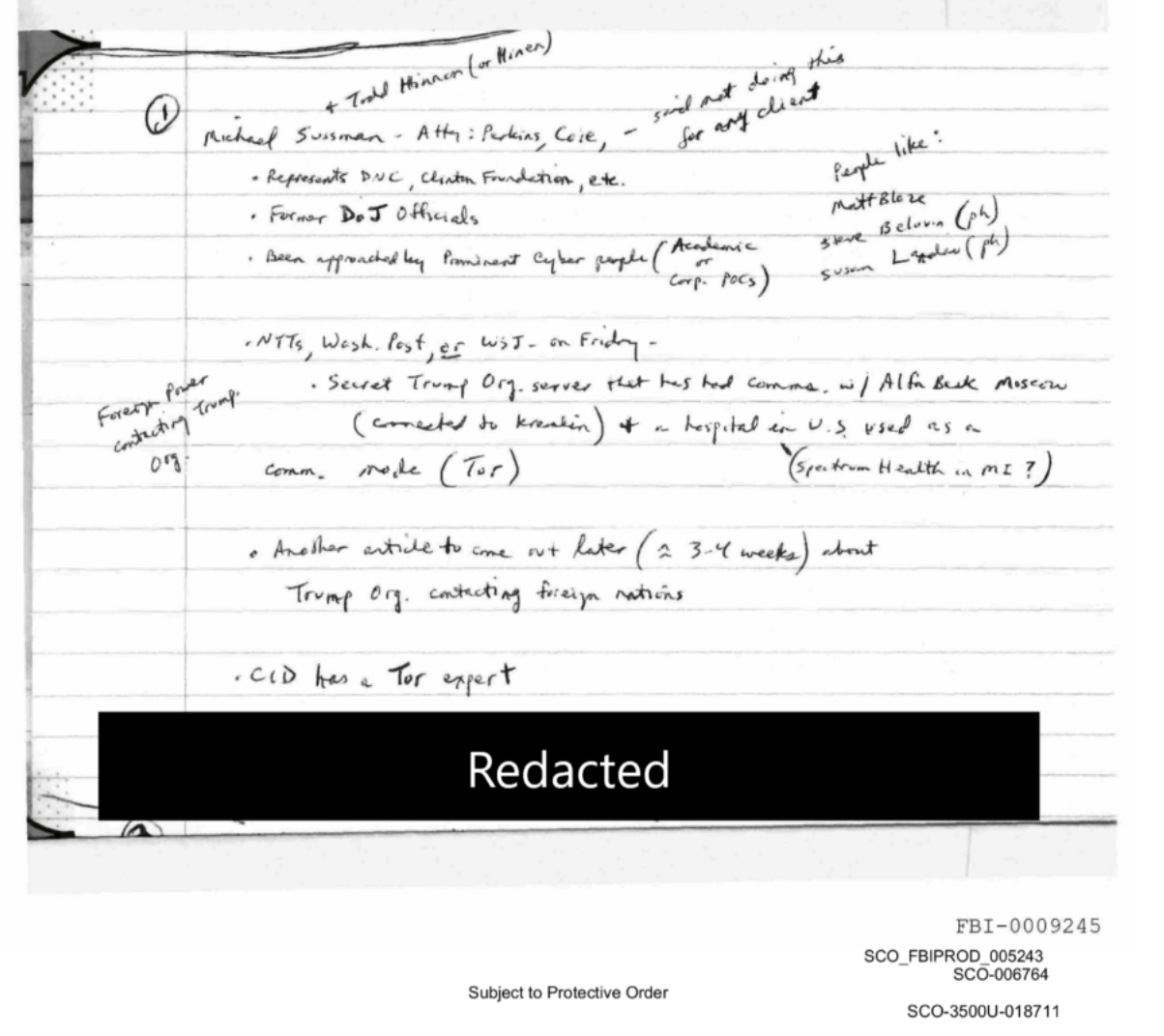