The Peaceful Transfer of Power: What President Reagan Called, “Nothing Less than a Miracle” 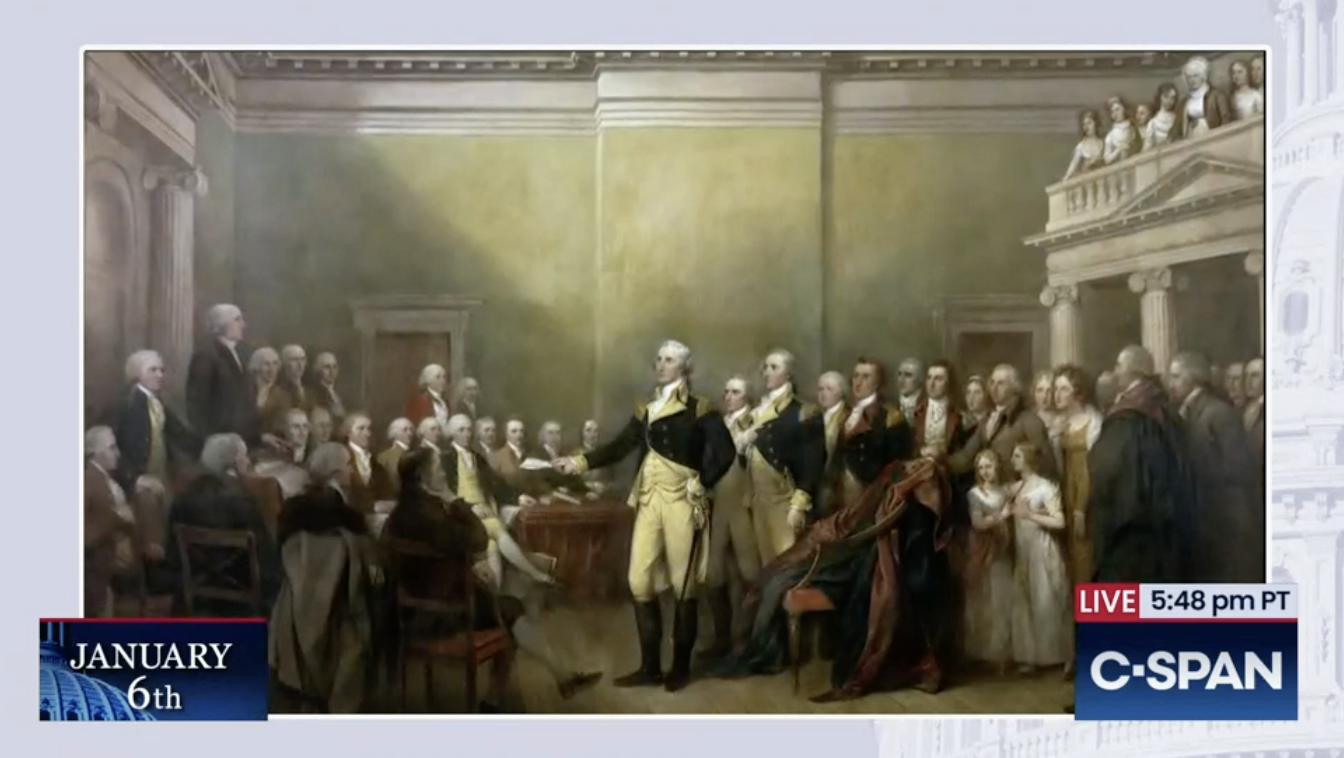 I’ve caught up to all of you in the States watching the first January 6 Committee hearing (my Twitter commentary while watching the video is here).

I think the hearing was an effective scene-setter, laying out information in a coherent narrative.

Perhaps the most striking part of the hearing was the degree to which, aside from the two live witnesses, Capitol Police Officer Carolyn Edwards and Nick Quested, the hearing relied exclusively on Republicans to make their case, with clips from:

If I’m not mistaken, Thomas Jefferson was the only Democratic President named, but a slew of Republican Presidents were named (George W Bush was not, but Gerald Ford was).

There was plenty of shaming, including calling out Jeffrey Clark and Scott Perry for refusing to cooperate and noting that Kevin McCarthy was scared.

The clip of Jared accusing Pat Cipollone of “whining” when he threatened to quit may make it more likely to get the former White House Counsel’s testimony.

In short, this was directed at Republicans and relied on Republicans to make the case for democracy.

In that frame, I found the closing words of Liz Cheney’s opening statement to be the most effective messaging.

I ask you to think of the scene in our Capitol Rotunda on the night of January 6. There in a sacred space in our Constitutional Republic. The place where our Presidents lie in state. Watched over by statues of Washington and Jefferson, Lincoln and Grant, Eisenhower, Ford, and Reagan. Against every wall that night encircling the room, there were SWAT teams. Men and women in tactical gear, with long guns, deployed inside our Capitol building. There in the Rotunda these brave men and women rested beneath paintings depicting the earliest scenes of our Republic, including one painted in 1824, depicting George Washington resigning his commission, voluntarily relinquishing power, handing control of the Continental Army back to Congress. With this noble act Washington set the indispensable example of the peaceful transfer of power, what President Reagan called, nothing less than a miracle. The sacred obligation to defend the peaceful transfer of power has been honored by every American President, except one. As Americans, we all have a duty to ensure that what happened on January 6 never happens again. To set aside partisan battles. To stand together, to perpetuate and preserve our great Republic.

With this speech (and the imagery), Cheney attempted to invoke the mantle of Reagan, her party’s (and our shared generation’s) political icon. In doing so, she attempted to make democracy a religion again, something worth defending.

At the very least, she provided some mythology on which she will rebuild her party.