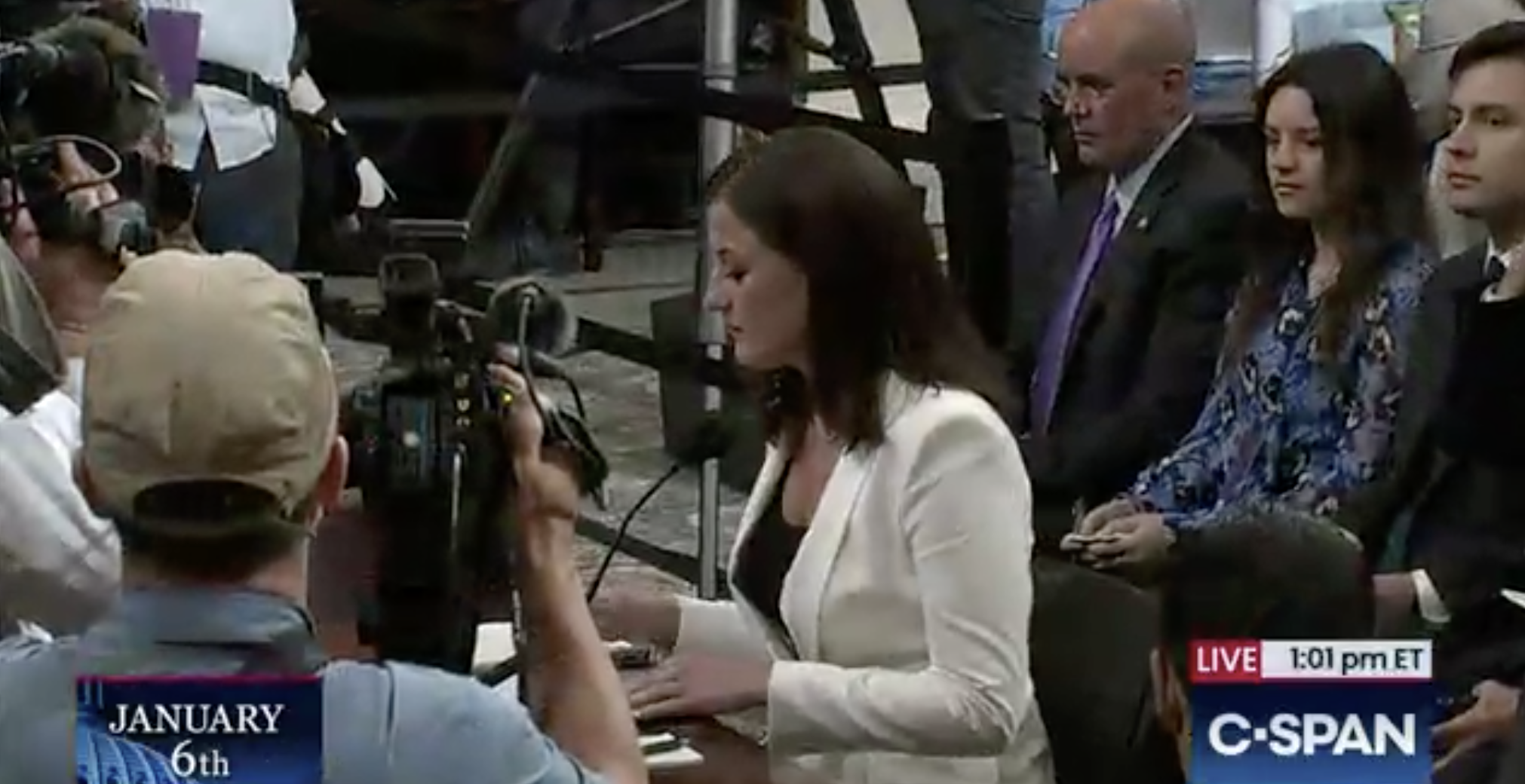 Cassidy Hutchinson just gave absolutely historic testimony implicating Donald Trump, Mark Meadows, and other in January 6. (My live tweet is here.) The woman is incredibly poised and courageous. Her testimony might help to turn the tide against Trumpism in this country.

But her testimony is not enough, yet, to charge Trump in January 6.

Without taking anything away from her dramatic testimony, I’d like to boil down what she said that will be useful in holding Trump accountable.

She only recently committed to delivering this testimony

The Committee announced Hutchinson’s testimony just yesterday, less than 24-hours before her testimony, in spite of the fact that she had already sat for three interviews with the committee, as well as a fourth quite recently. The decision to testify was so recent that members of the Committee had to fly back from their recess to attend.

A key reason she was willing to testify more forthrightly, it seems clear, is she recently (earlier this month) replaced her lawyer from a Trump loyalist to Jody Hunt. Hunt, once Attorney General Jeff Sessions’ Chief of Staff, is still a conservative Republican, but he has spent years holding up principle against Trump.

Particularly given his ties to the department, it’s likely that Hunt will happily guide Hutchinson to share this testimony with DOJ.

For those asking why DOJ didn’t have this testimony earlier, the answer is simple: It has taken a process for Hutchinson to get here.

She is a firsthand witness to important details

Hutchinson may lead to or force the testimony of others

Whether it happens with the January 6 Committee or DOJ, Hutchinson’s is the kind of testimony that might identify witnesses who would cooperate with DOJ or against whom Hutchinson’s testimony could be used to coerce cooperation.

For example, there’s a greater (Cipollone) or lesser (Kevin McCarthy) that her testimony will embarrass or otherwise convince other witnesses to cooperate with the Committee.

Her testimony identified other White House staffers who were also witnesses to Trump’s demands that the Secret Service ditch the magnetometers or that he go to the Capitol, who would make key witnesses for DOJ.

If Ornato and Trump’s Secret Service detail have been unwilling to testify, this may make it easier to obtain their testimony.

Hutchinson’s testimony tied Rudy to the militias in advance. She also established Rudy’s foreknowledge of a plan to go to the Capitol. These might be really important details implicating Rudy (plus she was witness to some of his earlier efforts to sow the Big Lie.

Her testimony tied Meadows into the plotting at the Willard (on Trump’s orders). And she otherwise depicted Meadows as taking no action because Trump didn’t want to. The case against Meadows would/will need to be far more robust, but having testified against him publicly, she’s likely to be able to offer DOJ far more.

Liz Cheney raised witness tampering in this hearing, without naming names. It’s quite possible Hutchinson has firsthand knowledge of that.

To sum up, the most important pieces of testimony show that Trump knew well a significant number of the people at his rally were armed. And after siccing them on his Vice President (and trying to join them), instead of calling them off, he instead further incited violence against Pence, claiming at the moment he did so that they were right to attack Pence.