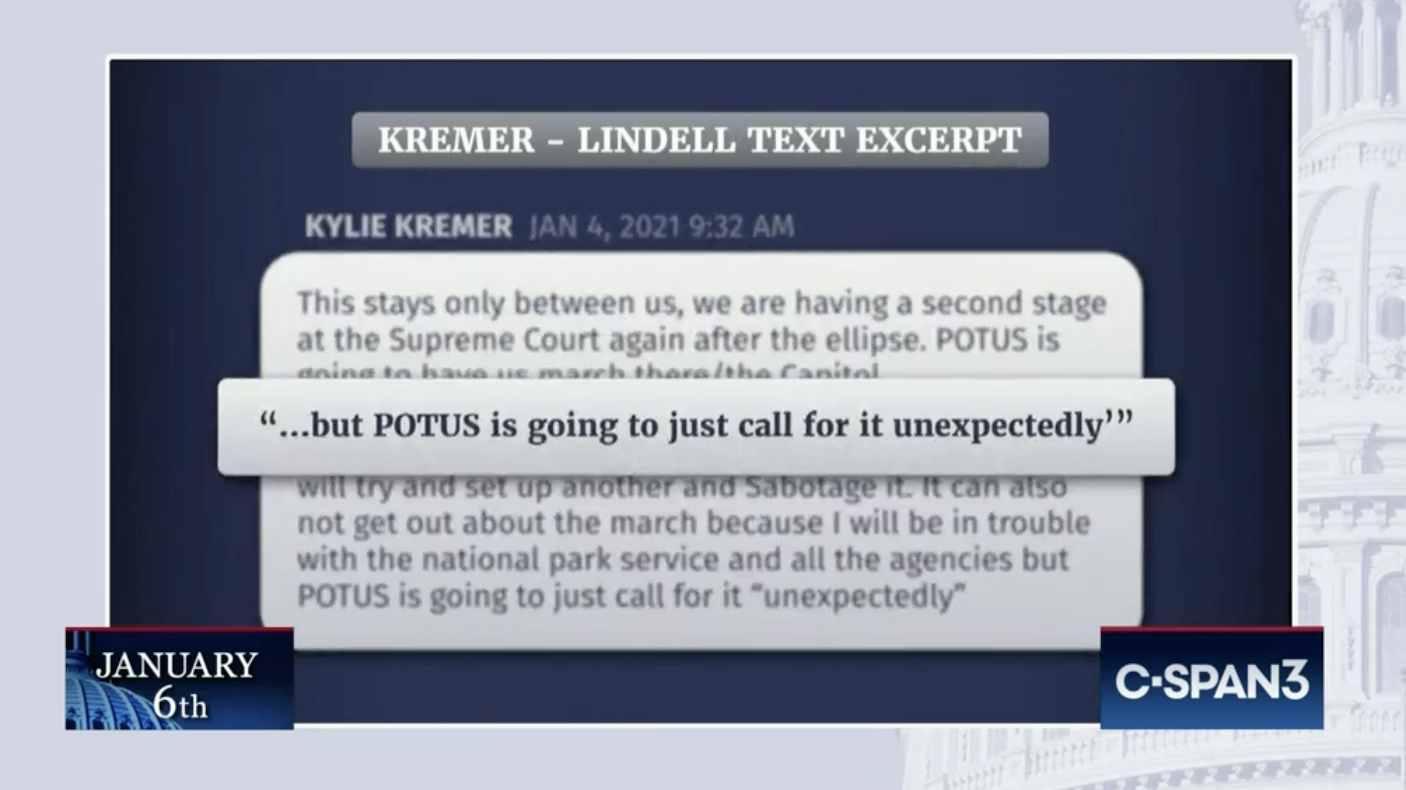 In yesterday’s January 6 Committee hearing, Stephanie Murphy laid out how, after Eric Herschmann intervened to take out references to Pence, Trump added them back in. Then, even during his speech, he added 7 references to Pence and 3 extra calls to march to the Capitol. His claim he was going to go to the Capitol (which we know he intended to do, though everyone was working hard to prevent it) was also ad-libbed, though organizers like Kylie Kremer knew about it days in advance.

There are at least a dozen — probably dozens of — people charged with various crimes on January 6 who cited that ad-libbed line, that Trump was going to join the rioters at the Capitol, to explain their decision to go. As Stephen Ayers said in his testimony yesterday, everyone believed Trump would be with them.

Devlyn Thompson is another example. His sentencing memo explained that his autism made what ensued particularly confusing. It cited a psychological evaluation in which he explained how confused and angry that lie made him.

I got there — on the West side and I’m standing there and there were altercations happening. I still thought there was going to be a speech.

In that moment, I thought I was going to watch a speech, there was no speech. That fueled my anger. It became a lot harder to make good decisions.

If he knew there was no security, no activity, why would he send upset people? There was nothing to hold their attention. His actions were inconceivable. He created a lot of problems and he didn’t even go. The most underreported part of this is that there was supposed to be a speech at the Capitol.

After watching confrontations at a barricade, Thompson entered the Tunnel and participated in the group assault — including by helping to steal riot shields — before hitting a cop with a police baton himself.

Thompson is serving a 46-month sentence for his actions that day, actions which he directly attributed to an ad-libbed line Trump added into his speech to rile up his supporters.