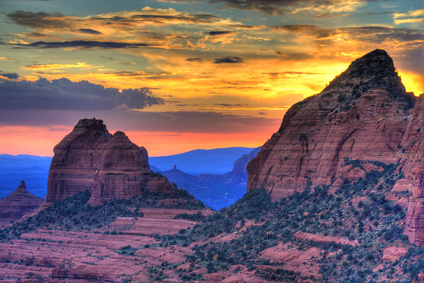 [Updates will appear at the bottom.]

There are a lot out there and will probably still be dribbling in through tomorrow. Use this thread to chat about them. The big one is the Kansas abortion issue, and it looks like the good side has a resounding victory.

In one of the most red states in the Union. Kansas. Go figure. Take that you conservatives at SCOTUS.

Rayne here, taking the reins on this post. Apparently bmaz and I were writing posts about the primaries at the same time.

Let’s use this one bmaz started to focus on his own state, Arizona, because there’s plenty to dish about in the Grand Canyon State.

Biggest story is the GOP primary for the governor’s race. There’s been a big field, eight candidates with three withdrawn; of the eight in the running, there’s one unofficially withdrawn candidate and three write-ins.

What a mess. But now we get to the hot mess.

! Kari Lake is down by 9 points in Arizona with 43.6% of the vote counted per AP

Kari Lake is a Trumpy Big Lie election truther. I’d use stronger terms here but I don’t want this to reflect on bmaz (though he’s probably thinking what I’m not saying).

How batty does a Trumper have to be for the National Review to exhort AZ GOP voters not to cast a vote for a GOP candidate? Kari Lake is that bad. She wants to decertify the 2020 election results and call it for Trump even though doing so might jeopardize a 2024 run for Trump.

Fortunately, AZ voters appear to be paying heed. Lake has been behind GOP opponent Karrin Taylor Robson all evening.

Lake is still lagging in the Arizona GOP gubernatorial primary

More results as they come in from the dry heat.

There will never be another Vin Scully. You will be forever missed. 🎙💙 pic.twitter.com/WyTmXsati5

Scully called games for the Dodgers from 1950 to 2016, the longest career of any sportscaster of any sport. He was an institution. He has been and will be missed.

Not a good night for QAnon-Arizona in Arizona’s 2nd Congressional District.

Ron Watkins, one of the most influential figures of the QAnon conspiracy theory, seems set to lose the Republican primary for Arizona’s second congressional district, currently dead last with 43% reported. pic.twitter.com/xxSU63jCIS

With 43% reported, there’s no realistic way for Watkins to pull out a win let alone a tie coming from the basement.

But I’m sure there will be some spin put on this because the grift never ends. There must be some conspiracy theory which will prop up this fail and bring home the bacon.

Oh great, another election truther won their primary — this time for AZ’s Secretary of State.

Mark Finchem was at the U.S. Capitol on January 6. I don’t know if he made it inside the Capitol Building that day; he has not been charged for trespassing.

I don’t know about bmaz but I just received my first fundraising email from Sen. Mark Kelly for his re-election campaign based on the outcome of yesterday’s primary.

What’s amusing is that Kelly’s email never mentions Blake Masters by name, only says Kelly now has an opponent. Was this an email drafted before the primary was finished, prepared for any eventually? Or is this Kelly’s campaign helping voters a la Lakoff, not naming the elephant?

Masters shouldn’t be too glib about his win because of 622,098 total GOP votes cast, 379,218 were not cast for Masters. If those GOP votes are adamantly against Masters, they may not turn up in November for him.

The AZGOP candidate for Secretary of State is the problematic Mark Finchem, an admitted member of the Oath Keepers who was at the Capitol Building on January 6, 2021. He won over three other competitors, though he shouldn’t be too smug about it. He may have won with 243,403 votes, but there were 350,398 GOP votes cast for other AZGOP candidates.

The outcome of the Democratic primary race for Secretary of State between Adrian Fontes and Reginald Bolding has not yet been determined as 31% of the votes cast are yet to be counted. Fontes currently leads 52.8% to 47.2% over Bolding and is likely to maintain a lead.

Here’s Fontes if you’re not familiar with him:

The Evidentiary Hole in the Middle of Ari Melber’s “Not anything... Mid-Term Election 2022: August 2 Primary Elections and Ballot Initiatives [...