DOJ Is Suing Peter Navarro (But Not Ivanka or Mark Meadows) 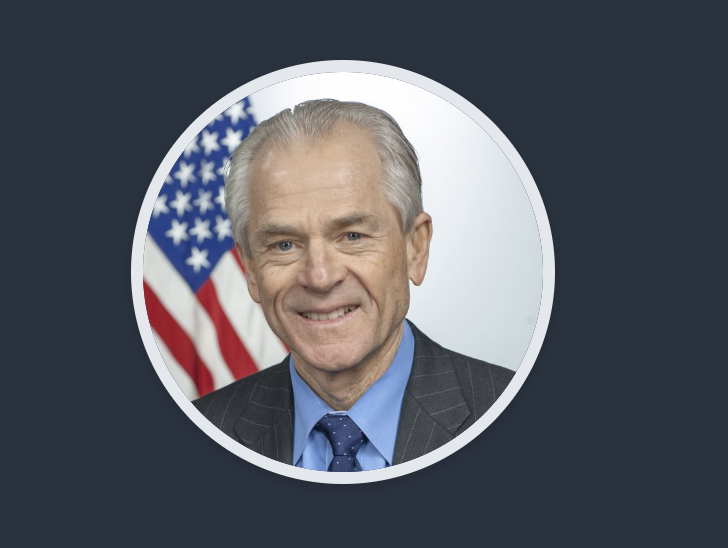 Yesterday, DOJ filed suit against Peter Navarro for violating the Presidential Records Act by failing to provide the National Archives with the contents of his personal ProtonMail account on which he did official business.

It’s a nifty lawsuit. After laying out that he’s a Covered Person under the Presidential Records Act for the entirety of the Trump Administration, then laying out the requirement that copies of any presidential business conducted on non-official accounts be shared with the Archives, it then describes how Navarro didn’t comply with the PRA specifically as regards (at least) a ProtonMail account he used.

7. Mr. Navarro did not copy each email or message constituting Presidential records that was sent or received on his non-official account or accounts to his official government email account.

8. Following the end of the Trump Administration, the Archivist, through the General Counsel of the NARA, attempted to contact Mr. Navarro to secure the Presidential records that Mr. Navarro had not copied to his government email account. Mr. Navarro did not respond to NARA’s communications.

DOJ is very coy about the timing of all this. Possibly, when they asked Navarro to comply, they didn’t know about the ProtonMail account. But since then — and since the time Navarro very loudly lawyered up after being charged in contempt — DOJ asked Navarro for the material he hadn’t shared.

And Navarro, now represented by counsel, responded that he wouldn’t share the emails unless DOJ immunized him for any criming he did on ProtonMail. In response to which, DOJ very politely informed Navarro that by law, those ProtonMails, including any evidence of criming he did on them, are the property of the Federal Government.

The PRA is notoriously toothless for forcing your Navarro or Ivanka or Jared or Meadows types who refuse to use official accounts for Federal business. (Though Andrew McCabe made sure to apply some teeth to the PRA with Jared and Dan Scavino within days after the Biden inauguration; records were not archived properly for others, including Kellyanne Conway and Kayleigh McEnany.) It is toothless, that is, until such time as the affirmative refusal to comply with it could be deemed obstruction of a criminal investigation, the kind of criminal investigation that Navarro may have specifically in mind when he demanded immunity for giving what DOJ maintains is Federal property to the people who own it.

Maybe Navarro, now represented by counsel, thinks that whatever criming he did on his ProtonMail account carries a greater criminal penalty than obstruction would.

This lawsuit is similar to a lawsuit against Steve Wynn to get him to register under FARA, but one on which the legal issues are likely to be much clearer. If and when DOJ wins the lawsuit, they can then charge the person with violating the underlying law, which in the Wynn case might have real teeth.

But they may not have to wait that long with Navarro. They’ve laid a case that Navarro is withholding materials in an effort to withhold evidence of criming from NARA. Who knows? Perhaps his new lawyer will rethink the wisdom of demanding immunity.

As interesting as the fact that DOJ sued Navarro is, it is just as interesting that they have not, yet, sued Ivanka and Mark Meadows, both of whom had similarly failed to turn over the contents of their personal accounts to NARA by the time the January 6 Committee came looking for them. Unlike Navarro, though, both showed signs of trying to comply last year.

The fact that DOJ hasn’t sued Ivanka and Meadows may suggest that a great deal of incriminating data for DOJ’s investigation of January 6 has now been delivered to NARA, where DOJ can obtain it with covert warrants that shield its investigation.

The “Subject” of Robert Costello’s Declination “It’s a Tremendous Amount of Information:” The Details about...