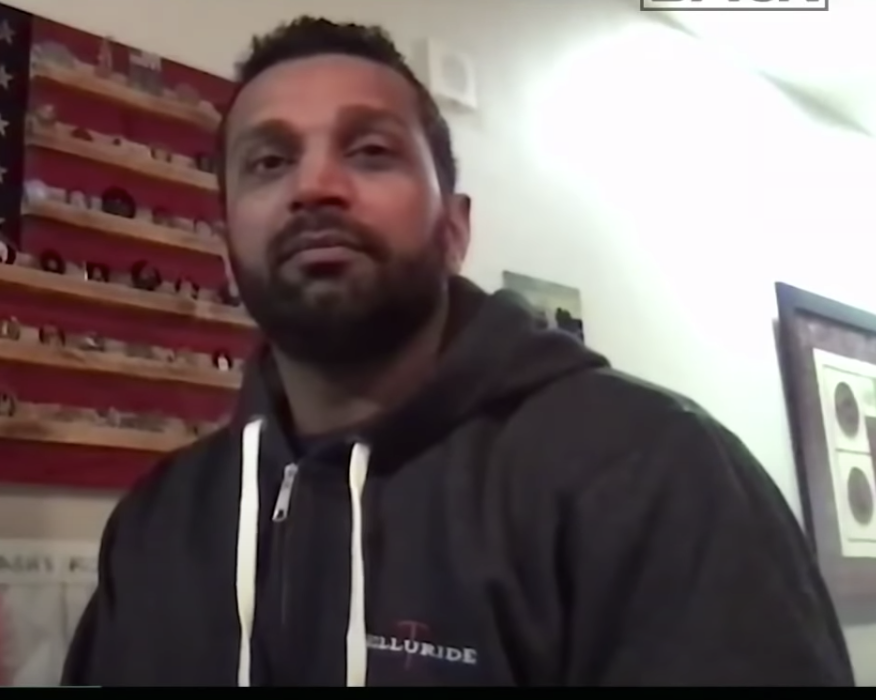 On June 22, Kash Patel announced that he had just been made a representative for Trump at the National Archives. (h/t to Suburban Gal for these links)

The next day, Kash described that that letter, making him Trump’s representative to the Archives, “just came in, literally before I came on the show” the day before.

[Update, August 15] Trump had informed the Archives three days earlier, on June 19, that Kash and Solomon would be added to his list of representatives.

As it happens, June 22 is also the same day that the FBI sent a subpoena to Mar-a-Lago for surveillance footage.

On June 22, the Trump Organization, the name for Mr. Trump’s family business, received a subpoena for surveillance footage from cameras at Mar-a-Lago. That footage was turned over, according to an official.

According to a John Solomon column that was actually the first to report details of this purported cooperation in June, the subpoena specifically asked for surveillance videos covering the room where Trump had stashed his stolen documents.

Around the same time, the Trump Organization, which owns Mar-a-Lago, received a request for surveillance video footage covering the locker and volunteered the footage to federal authorities, sources disclosed.

On June 24, two days after DOJ sent a subpoena for the surveillance footage, Betsy Woodruff Swan reported that it wasn’t just Kash who had been given privileged access to Trump’s Archives. Solomon had also been made Trump’s representative at the Archives.

That seeming coincidence — that the FBI formally asked for surveillance videos showing who had accessed Trump’s stash of stolen records on the same day that Kash and Solomon were officially added to the list of those who represented Trump’s interests with the Archives — may raise the stakes of Trump’s legal exposure significantly.

(d)Whoever, lawfully having possession of, access to, control over, or being entrusted with any document, writing, code book, signal book, sketch, photograph, photographic negative, blueprint, plan, map, model, instrument, appliance, or note relating to the national defense, or information relating to the national defense which information the possessor has reason to believe could be used to the injury of the United States or to the advantage of any foreign nation, willfully communicates, delivers, transmits or causes to be communicated, delivered, or transmitted or attempts to communicate, deliver, transmit or cause to be communicated, delivered or transmitted the same to any person not entitled to receive it, or willfully retains the same and fails to deliver it on demand to the officer or employee of the United States entitled to receive it; or

Neither of these men would have been authorized to access classified documents, if they did, after January 20, 2021.

Solomon, of course, has come under scrutiny for his role as a mouthpiece for Russian-backed attacks on Joe Biden. While DOJ was not known to have obtained a warrant on him by April 2021, much could have happened after that.

Kash Patel did have the top levels of clearance until Trump left office. But at least by April 2021, Kash was reported to be under investigation for leaking classified information.

Patel repeatedly pressed intelligence agencies to release secrets that, in his view, showed that the president was being persecuted unfairly by critics. Ironically, he is now facing Justice Department investigation for possible improper disclosure of classified information, according to two knowledgeable sources who requested anonymity because of the sensitivity of the probe. The sources said the investigation resulted from a complaint made this year by an intelligence agency, but wouldn’t provide additional details.

Once that investigation was predicated, Kash would have been stripped of clearance, if he hadn’t already been.

Which means both the men that Trump picked to dig through his documents would pose grave security concerns.

And Kash, at least, is the single witness claiming — belatedly, starting in May — that Trump declassified this information. Before much of this became public, Kash claimed Trump had declassified it all, but just not marked it as declassified.

“Trump declassified whole sets of materials in anticipation of leaving government that he thought the American public should have the right to read themselves,” Patel told Breitbart News in a phone interview.

“The White House counsel failed to generate the paperwork to change the classification markings, but that doesn’t mean the information wasn’t declassified,” Patel said. “I was there with President Trump when he said ‘We are declassifying this information.’”

“This story is just another disinformation campaign designed to break the public trust in a president that lived on transparency. It’s yet another way to attack Trump and say he took classified information when he did not,” he added.

At the point he made those claims, in May, Kash demonstrated extensive familiarity with the content of that first batch of stolen classified documents that had been stashed at Mar-a-Lago for a year.

Patel did not want to get into what the specific documents were, predicting claims from the left that he was disclosing “classified” material, but said, “It’s information that Trump felt spoke to matters regarding everything from Russiagate to the Ukraine impeachment fiasco to major national security matters of great public importance — anything the president felt the American people had a right to know is in there and more.”

If Kash knows that first-hand — if Kash knows that because Trump let him wade through Top Secret documents he was no longer cleared to access — then Trump may have additional criminal liability.