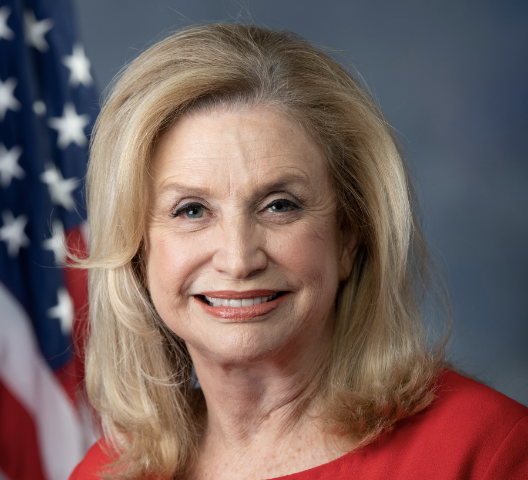 Carolyn Maloney, fresh off losing her primary, sent a letter to Acting Archivist Debra Steidel Wall as part of a pre-existing inquiry into Trump’s stolen documents.

Noting that, “NARA’s staff recently informed the Committee that the agency is not certain whether all presidential records are in its custody,” she asked for two things from Steidel Wall: To ask Trump to issue a declaration stating that he has returned everything and to provide the Oversight Committee a review of whether the government has gotten everything back.

In addition, I urge NARA to seek from former President Trump a written certification that he has surrendered all presidential records or classified materials, has not made any copies or reproductions of such materials, and has not transferred any records or government documents to any party other than NARA or DOJ since his term ended.22 Although the President is not required under current law to provide such a certification, I believe that the exceptional circumstances in this case warrant that Mr. Trump do the same so Congress and the American people can fully understand the impact of his actions on our nation’s security, take mitigating action, and consider legislative reforms. [my emphasis]

Steidel Wall will never get Trump to issue such a declaration. But it will highlight the important question — particularly given the caveat that Christina Bobb added into her own declaration — about whether Trump shared or disseminated these records.

The rumors that he did are so abundant I’m hearing them an ocean away.

Maloney might have more success with her request for a report on whether NARA got everything back. There’s just one problem.

NARA doesn’t have the documents. The FBI does. But the FBI isn’t allowed to do anything with them, under Judge Aileen Cannon’s injunction.

This request from Maloney gives Steidel Wall cause to intervene and to do so on fairly urgent timeline. She has a legitimate request from Congress, after all!

Mind you, the place where Steidel Wall would be required to intervene is in DC, not in Florida.

Which may be the entire point of Maloney’s letter.

DOJ Prepares to Pull Multiple January 6 Threads Together “A Coat Rack with Suit Jackets, as Well as Interior Décor Items Such...