Before SCOTUS, DOJ Argues Trump Has Shown No Harm 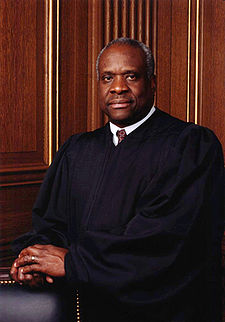 DOJ offered about a jillion jurisdictional reasons why Trump’s appeal to the Supreme Court should fail (I’ll circle back and catalog them in a bit). Because Trump’s was largely a jurisdictional complaint (arguing that the 11th Circuit did not have jurisdiction over the scope of the Special Master review), that’s the meat of the legal issue if SCOTUS decides to review this.

As they note, SCOTUS doesn’t even have to reach that issue because Trump has made no compelling argument that he will be irreparably injured unless SCOTUS intervenes to force DOJ to share highly classified documents with Special Master Dearie and Trump’s lawyers.

Most notably, applicant has not even attempted to explain how he is irreparably injured by the court of appeals’ partial stay, which simply prevents disclosure of the documents bearing classification markings in the special-master review during the pendency of the government’s expedited appeal. Applicant’s inability to demonstrate irreparable injury is itself sufficient reason to deny the extraordinary relief he seeks in this Court. Indeed, applicant does not challenge the court of appeals’ determinations that applicant will suffer no meaningful harm from the limited stay, App. A at 27-28; that the government would have been irreparably injured absent a stay, id. at 23-27; and that the public interest favors a stay, id. at 28-29. As the court explained, “allowing the special master and [applicant’s] counsel to examine the classified records” would irreparably injure the government because “for reasons ‘too obvious to call for enlarged discussion, the protection of classified information must be committed to the broad discretion of the agency responsible, and this must include broad discretion to determine who may have access to it.’” Id. at 27 (quoting Department of the Navy v. Egan, 484 U.S. 518, 529 (1988)).

The challenged portion of the court of appeals’ partial stay simply prevents dissemination of the documents bearing classification markings in the special-master review while the government’s appeal proceeds. That limited relief imposes no harm — much less irreparable injury — on applicant. Applicant does not seriously argue otherwise. Indeed, applicant devotes only two conclusory sentences to irreparable injury: He asserts that it is “unnecessary” for him to make a showing of irreparable injury because the government is not likely to succeed on appeal, Appl. 29, and that “[i]rreparable injury could most certainly occur if the Government were permitted to improperly use the documents seized,” Appl. 35.

The first assertion cannot be reconciled with the very standard applicant cites (Appl. 3), which requires a showing of irreparable injury in addition to a likelihood of success on the merits. See Western Airlines, 480 U.S. at 1305 (O’Connor, J., in chambers). Indeed, vacating a court of appeals’ stay absent a showing of an irreparable injury would be inconsistent with both the “great deference” owed to the lower court’s decision, Garcia-Mir, 469 U.S. at 1313 (Rehnquist, J., in chambers), and general principles governing the granting of extraordinary equitable relief, see Winter v. NRDC, Inc., 555 U.S. 7, 24 (2008).

Applicant’s second assertion — that he “could” be irreparably injured if the government “improperly use[s]” the documents, Appl. 35 — is irrelevant because his application disclaims any request for vacatur of the portion of the court of appeals’ stay concerning the government’s use of the seized documents bearing classification markings. See Appl. 3 n.3, 9 n.6. Instead, applicant seeks vacatur only to the extent that the stay precludes the special master from reviewing those documents. Applicant has not asserted, much less demonstrated, any irreparable injury that would result from that portion of the court’s stay.

As smarter people than I have said, Trump’s failure to argue irreparable harm should end things — and it may well, particularly when counterposed against Navy v. Egan, the Supreme Court precedent giving the (current) Executive great authority to determine who can have classified information.

But with this court, we can never know.

There’s a far briefer section addressing the likelihood that Trump might prevail before the 11th Circuit (again, that’s not the primary argument Trump is making here). But it’s more interesting for our purposes, because these are the issues that SCOTUS might one day review in more substantive fashion, either an appeal of the merits decision before the 11th or, just as likely, as part of a criminal case against Trump.

That section repeats the still-uncontested point that Trump has claimed no violation of his constitutional rights (the standard under Richey).

The court of appeals held that the government was likely to succeed on the merits because the district court abused its discretion in entertaining applicant’s motion in the first place, especially with respect to the records bearing classification markings. App. A at 16-22. Applicant does not directly challenge that holding or address the court of appeals’ analysis, including its conclusion that he has not alleged — much less shown — a violation of his constitutional rights. Id. at 17.

Trump has instead demanded a Special Master to assert the closest thing he has to a defense — that there’s no criminal enforcement mechanism for the Presidential Records Act, and back before he was fired by voters, he had the authority to declassify documents.

Applicant instead contends that appointment of a special master was warranted because this case supposedly involves a “document storage dispute governed by the PRA” requiring “oversight,” Appl. 30-31; see Appl. 29-32, and because applicant had the authority to declassify classified records during his tenure in office, Appl. 33-36. Those contentions are wrong and irrelevant.

As DOJ has laid out before, his PRA claim fails because he has failed to comply with the PRA.

Applicant’s reliance on the PRA is misguided because he did not comply with his PRA obligation to deposit the records at issue with NARA in the first place. As a result, the Archivist does not have custody of those records, and the PRA’s procedures do not apply to them. Cf. 44 U.S.C. 2202, 2203(g)(1).

And besides, DOJ finally notes, if Trump has a complaint under the PRA, he needs to take it to Beryl Howell in the DC District.

Even were that not so, any dispute over access to presidential records under the PRA must be resolved in the District of Columbia, not the Southern District of Florida. 44 U.S.C. 2204(e). If applicant truly believes that this suit is “governed by the PRA,” Appl. 30, he has filed it in the wrong court — which would be yet another reason the government is likely to succeed on the merits here.

DOJ dismisses Trump’s claims that he could have declassified these documents by noting he has not claimed he did, much less presented evidence that he had.

As for applicant’s former authority to declassify documents: Despite asserting that classification status “is at the core of the dispute” in this case, Appl. 35, applicant has never represented in any of his multiple legal filings in multiple courts that he in fact declassified any documents — much less supported such a representation with competent evidence. Indeed, the court of appeals observed that “before the special master, [applicant] resisted providing any evidence that he had declassified any of these documents” and that “the record contains no evidence that any of these records were declassified.” App. A at 19.

DOJ notes that, for the purposes of this appeal, that doesn’t matter because these documents could not be his personal property, the ostensible point of the Special Master (DOJ does not note here what they did before the 11th Circuit, that even if these documents had been declassified, they would be responsive to the subpoena — though it does note earlier than he did not fully respond to the subpoena).

And in any event, any such declassification would be irrelevant to the special master’s review for claims of privilege and for the return of property. App. B at 23. As the government has explained (App. D at 12-17), the classification markings establish on the face of the documents that they are not applicant’s personal property, and the documents likewise cannot contain information subject to a personal attorney-client privilege since they are necessarily governmental records, see Exec. Order No. 13,526, § 1.2(1), 75 Fed. Reg. at 707.7 Thus, as the court of appeals emphasized, applicant’s “declassification argument” is a “red herring” because “declassifying an official document would not change its content or render it personal.” App. A at 19.

Then, in a footnote, DOJ notes that Trump has largely given up the Executive Privilege claims (though he appears to be asserting them before Cannon).

7 In the district court, applicant suggested that some of the seized records might be subject to executive privilege. E.g., D. Ct. Doc. 1, at 19; D. Ct. Doc. 58, at 7-11 (Aug. 31, 2022). But applicant all but abandoned that argument in the court of appeals, and the application does not even mention it. With good reason: Applicant has identified no authority for the suggestion that he could invoke executive privilege to prevent review of Executive Branch records by “the very Executive Branch in whose name the privilege is invoked,” Nixon v. Administrator of General Services, 433 U.S. 425, 447-448 (1977). And in any event, any such invocation would necessarily yield to the government’s “demonstrated, specific need for evidence” in its criminal investigation concerning the wrongful retention of those very documents and obstruction of its efforts to recover them. United States v. Nixon, 418 U.S. 683, 713 (1974). See App. D at 12-17.

This claim on privilege is one that SCOTUS might see on an appeal.

Again, little of this stuff would be before SCOTUS in substantive fashion any time soon. But they’re all the topics that the lower courts will be grappling with for the next several months until this comes back to SCOTUS (if it ever does). And this is what they’ll look like for SCOTUS’ first glimpse of them.

Igor Danchenko Would Have Been a Crucial Witness to Understanding the Disinformation... Oleg Deripaska’s UK-Based Property Manager, Graham Bonham-Carter, Arrested...