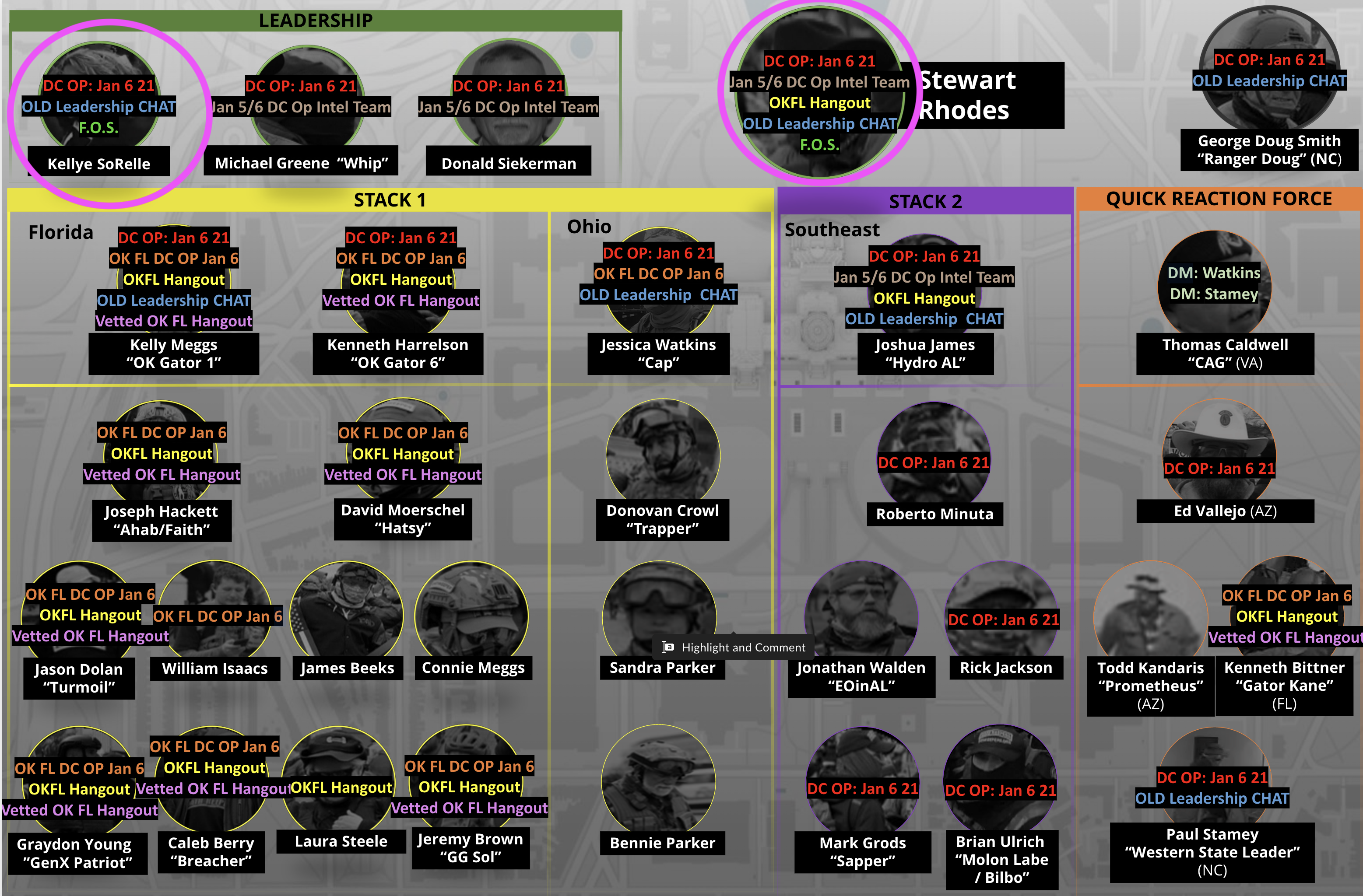 I’d like to look at several developments in recent days in the interlocking January 6 investigations.

First, as I noted Friday, the January 6 Committee subpoena to the former President focuses closely on communications with or on behalf of him via Signal. It specifically asks for communications with the Proud Boys and Oath Keepers (including on Signal). And Roger Stone is the first person named on the list of people all of whose post-election communication with Trump (including on Signal) the Committee wants. Clearly, the Committee has obtained Signal texts from others that reflect inclusion of the then-President and expects they might find more such communications, including some involving Stone and the Proud Boys and Oath Keepers.

Then, on Friday, one of the the main Proud Boy prosecutors, Erik Kenerson, asked to continue Matthew Greene’s cooperation for another 120 days, which would put the next status update in late February, over a month after the Proud Boy leader’s trial should be done. There are, admittedly, a great number of Proud Boy defendants who will go to trial long after that, but Greene doesn’t know many of them (he had just joined the Proud Boys and mostly interacted with other New York members like Dominic Pezzola). Nevertheless, prosecutors seem to think he may still be cooperating after the first big trial.

Those details become more interesting given how DOJ is presenting the Oath Keeper conspiracy at trial. Last Thursday, DOJ added the various communication channels each participant was subscribed to on their visual guide of the various co-conspirators. 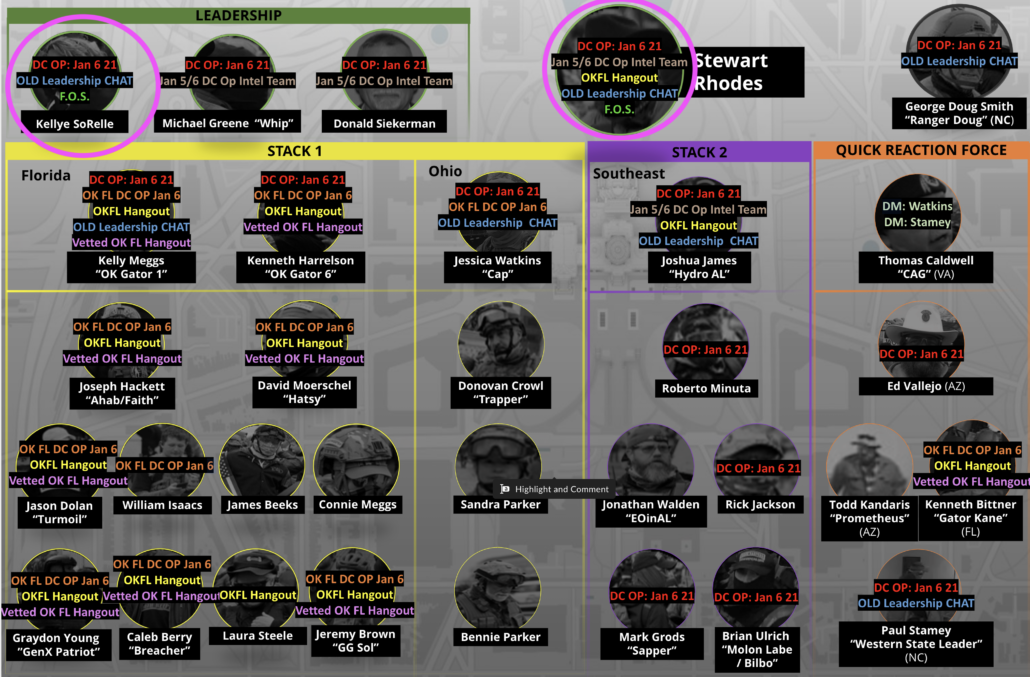 It’s not surprising they would do that. To prove the three conspiracies these defendants are charged with, DOJ needs to prove each entered into an agreement to obstruct the vote certification, obstruct Congress, and attack the government. DOJ is relying on the various statements in advance of (and, for sedition, after) January 6 to show such intent. The fact that an intersecting collection of Signal channels incorporated most of the charged defendants will go a long way to show they were all willfully part of these three conspiracies.

But as you can see with Elmer Stewart Rhodes and Kellye SoRelle (circled in pink), DOJ has included Stone’s Signal channel — Friends of Stone — along with the Oath Keeper ones. As DOJ laid out last week, in addition to Rhodes and SoRelle, Enrique Tarrio, Alex Jones, and Ali Alexander were on the FOS channels, in addition to Stone himself.

DOJ has included things Rhodes said on the FOS chat in its timeline leading up to and on January 6. Significantly, at 2:28 on January 6, Rhodes informed the FOS chat that they were at “the back door of the Capitol.” (See the context in Brandi Buchman and Roger Parloff live threads.)

The thing is, many of the participants in FOS that prosecutors have, thus far, identified as participating in the chat (SoRelle, Ali Alexander, and Alex Jones) and most of the Oath Keepers were there on the East side of the Capitol or had only recently left. So was Owen Shroyer, who was also on FOS; he had been on the top of the stairs with Alexander and Jones.

Which means the only person mentioned so far who now needed to be told where the Oath Keepers were was Stone, back at the Willard.

We learned one more thing recently, at the last January 6 Committee hearing. 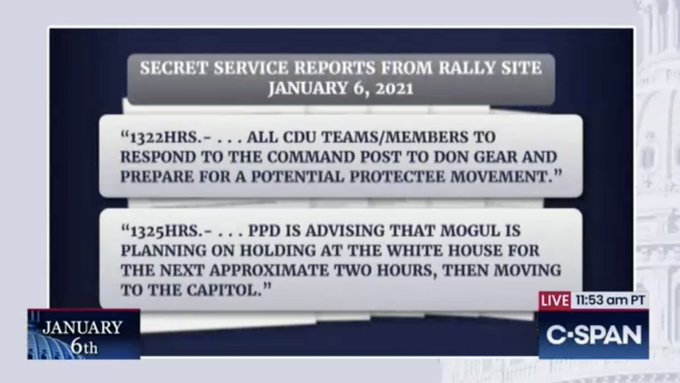 At 1:25PM — after the attack on the Capitol had started — Trump’s Secret Service detail was still planning on bringing him to the Capitol two hours later, around 3:30. That was after, per a video clip in which Nancy Pelosi said she would punch Trump if he showed up, Secret Service told Pelosi they had talked him out of coming.

But 18 minutes after Rhodes told the Friends of Stone list where the Oath Keepers were, at 2:46, Joseph Hackett came out of the Capitol and looked around, as if he was expecting someone to show up.

The fact that Rhodes was updating the FOS list from the Capitol suggests he may have been getting feedback from Stone and whoever else was on the list, including those who may have been coordinating with the then-President.

And whatever else DOJ’s use of the FOS list as part of this conspiracy does, it establishes the basis to argue that those coordinating on the FOS list were, themselves, in a conspiracy together: Rhodes and SoRelle with Tarrio (whom both met in the parking garage) and Alex Jones and Ali Alexander and Stone.

And it would put those on the FOS list in a conspiracy with those directing the attack on the Capitol.

I laid out over 14 months ago that, if DOJ were to charge Trump in conjunction with the attack on the Capitol, it would likely be part of an intersecting conspiracy with those already being charged.

Finally, if DOJ were to charge Trump, they would charge him in a conspiracy to obstruct the vote count that intersected with some of the other conspiracies to obstruct the vote count, possibly with obstruction charges against him personally. In general, I don’t think DOJ would charge most of Trump’s discrete acts, at least those conducted before January 20, as a crime. There are two possible exceptions, however. His call to Brad Raffensperger, particularly in the context of all his other efforts to tamper in the Georgia election, would have been conducted as part of campaigning (and therefore would not have been conducted as President). It seems a clearcut case of using threats to get a desired electoral outcome. It’s unclear whether Trump’s request that Mike Pence to commit the unconstitutional action — that is, refusing to certify the winning electoral votes — would be treated as Presidential or electoral. But that demand, followed closely with Trump’s public statements that had the effect of making Pence a target for assassination threats, seems like it could be charged on its own. Both of those actions, however, could and would, in the way DOJ is approaching this, also be overt acts in the conspiracy charged against Trump.

In the last two weeks, DOJ has started to show how those conspiracies intersect.

Unsurprisingly, they intersect right through the former President’s rat-fucker.

Update: Tried to clarify that Tarrio was on the chat but was not (as the Oath Keepers, Jones, and Alexander were) on the East side of the Capitol.

Trash Talk: Kiss My Ash “Fuck! Two years or three years, screw you, they will get you when it’s...