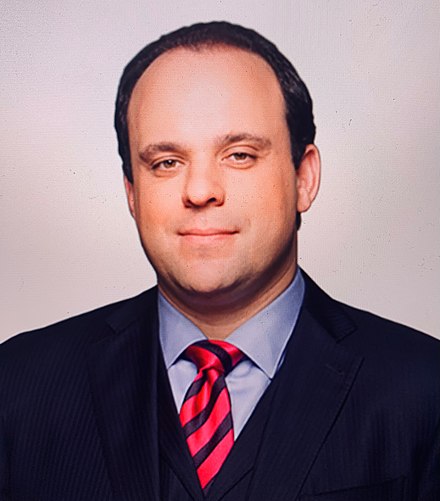 WaPo includes three details in a profile of Boris Epshteyn that I’ve long been pondering, though WaPo doesn’t consider their import.

First, it states more clearly than past whispers have that one of several reasons Epshteyn didn’t get a job in the White House early in Trump’s term was because of “issues [getting] security clearance.”

This was a White House that gave Jared Kushner the highest levels of clearance, took a year to get rid of Rob Porter, and similarly took time before removing Johnny McEntee — and then brought McEntee back! Which is to say, the Trump Administration, which didn’t much care who had clearance, identified a clearance problem before the delayed vetting that identified Porter and McEntee as threats. And acted on it.

And yet, this is the guy that Trump — at a time he had almost no grown-ups left in his entourage — put in charge of his response to the stolen documents investigation.

Initially, many of Epshteyn’s calls to Trump were about the 2020 election. But this year, as the controversy over classified documents located at Mar-a-Lago intensified, Trump grew furious with some of his lawyers who were urging him to return the material to the federal government. In spring, according to advisers, Trump gave Epshteyn a larger role in his legal defense team — akin to an in-house counsel.

“He came in and started giving orders,” one person familiar with the matter said.

Epshteyn has urged a pugilistic tone in court filings about the documents, has tried to shape public relations around those filings and has called Trump repeatedly throughout the day to talk strategy, other advisers say.

So the guy who even Trump wouldn’t give clearance to is the mastermind of Trump’s strategy to refuse to give back classified documents, some of the most sensitive documents in government.

We know that investigators find Epshteyn’s role of interest from the reporting on Christina Bobb’s interview with the FBI.

Bobb also spoke to investigators about Trump legal adviser Boris Epshteyn, who she said did not help draft the statement but was minimally involved in discussions about the records, according to the sources.

Apparently her testimony described additional contacts she had with Epshteyn.

Bobb testified to the justice department about the 3 June episode on Friday, detailing Corcoran’s role and additional contacts with Trump’s in-house counsel Boris Epshteyn, one of the sources said.

One of those contacts involved Ephsteyn calling her the night before DOJ came to Mar-a-Lago — remember, DOJ was only asked to come the night before — and telling her to show up the next day to play what was, unbeknownst to her at the time, the role of the fall gal.

She told them that another Trump lawyer, Boris Epshteyn, contacted her the night before she signed the attestation and connected her with Mr. Corcoran. Ms. Bobb, who was living in Florida, was told that she needed to go to Mar-a-Lago the next day to deal with an unspecified legal matter for Mr. Trump.

So I’m not the only one focusing on Epshteyn’s role in refusing to give documents back. FBI is too.

I point this out a lot, but I’m going to point it out again. 18 USC 793 — one of the crimes Trump is being investigated for — has a conspiracy clause that exposes those who help someone commit a crime under the statute to prosecution themselves.

(g)If two or more persons conspire to violate any of the foregoing provisions of this section, and one or more of such persons do any act to effect the object of the conspiracy, each of the parties to such conspiracy shall be subject to the punishment provided for the offense which is the object of such conspiracy.

By all descriptions, Trump literally brought in Epshteyn precisely because he encouraged Trump to refuse to give the documents back. And the easiest way to charge Trump under 793 would be to charge him just for hoarding the documents from June 3 to August 8, the period after which he had withheld documents in response to a lawful subpoena.

As I also point out incessantly, it would be a lot easier to charge Trump if he made highly classified documents accessible to someone who never was entitled to access them. Bobb once had clearance, and by description at least, never accessed the documents herself. Kash Patel had top clearances — indeed, by his own description, he still has clearance (though he wouldn’t have the need to know). Evan Corcoran at least treated the documents like they were sensitive.

But Epshteyn was, according to this WaPo profile, not hired into the Trump White House because of clearance concerns. And he’s the guy, by all reports, in charge of Trump’s efforts to refuse to give the most sensitive documents back. That doesn’t mean he had these documents in hand. But it does mean he was part of the effort to keep them.

There’s one more puzzle that I keep raising. The WaPo notes what a ton of stories have already: Epshteyn’s phone was seized in September.

Epshteyn recently had his phone seized by federal agents as part of that probe. A federal subpoena that went to more than 100 people across the country this spring — including fake electors and state officials — sought phone and email communications with dozens of people involved in the effort, including Epshteyn.

By all reports, the phone was seized as part of the investigation into Trump’s efforts to steal the 2020 election, rather than his efforts to steal classified documents. Epshteyn, who has a JD, was part of the group of lawyers dreaming up whack theories to justify stealing the election (or dupe Trump followers into an attempted coup), but there’s no indication he was lawyering then. Instead, by description, he was doing what he has always done for Trump: organizing.

But, perhaps for legal reasons, all the profiles of Epshteyn’s role in the stolen documents case describe him as playing a legal role. This WaPo piece describes him serving as “in-house counsel,” for example.

FBI seized Epshteyn’s phone almost two months ago, which presumably included five months of content from the period when he has played this purported legal role in helping Trump refuse to give highly classified documents back. Yet we’ve heard nothing about a privilege fight.

That’s particularly interesting given that — after Bobb’s testimony last month — DOJ may have had probable cause to broaden the scope of any filter on Epshteyn’s phone.

Tom Barrack Acquitted on All Counts Trash Talk: It’s All Over But The Screaming