“We Have a Plan. I’m with Rufio” … But the Government Does Not

There was a big hole in the middle of the Oath Keepers prosecution that likely was a big part of the reason jurors didn’t convict on more of the conspiracy charges. Just after 2:30PM the day of the attack, field leader Michael Greene called Stewart Rhodes. A minute later, Kelly Meggs called Rhodes, who conferenced Meggs into the ongoing call with Greene.

Altogether, the three men were on the phone together for 1 minute 37 seconds, and Rhodes and Greene were on the call for several minutes afterward. The call immediately precedes the First Stack busting into the Capitol, and happens at the same time that Joshua James and others are racing to the Capitol on their golf cart.

By context, it appears to be the moment where Rhodes decided to use the attack on the Capitol to advance his plan to decapitate the government. But for all the cooperating witnesses DOJ flipped in the Oath Keeper case, they never got any of these three to cooperate, and so never were able to prove what was said on the call. On the stand, Rhodes made up some bullshit about difficulties connecting.

While by context it seems to be the moment that these three leaders made a decision on operationalizing their plan, which they then directed others to implement. But absent a cooperating witness from that call, they didn’t have that proof.

And so they got limited conspiracy convictions.

There’s a similar big hole in the middle of the Proud Boys case, one — a status conference just made clear — may be even more fatal for the government’s case. In the time on the evening on January 5 when everyone was trying to figure out what to do given the arrest of Enrique Tarrio, Ethan Nordean and Joe Biggs were temporarily AWOL. 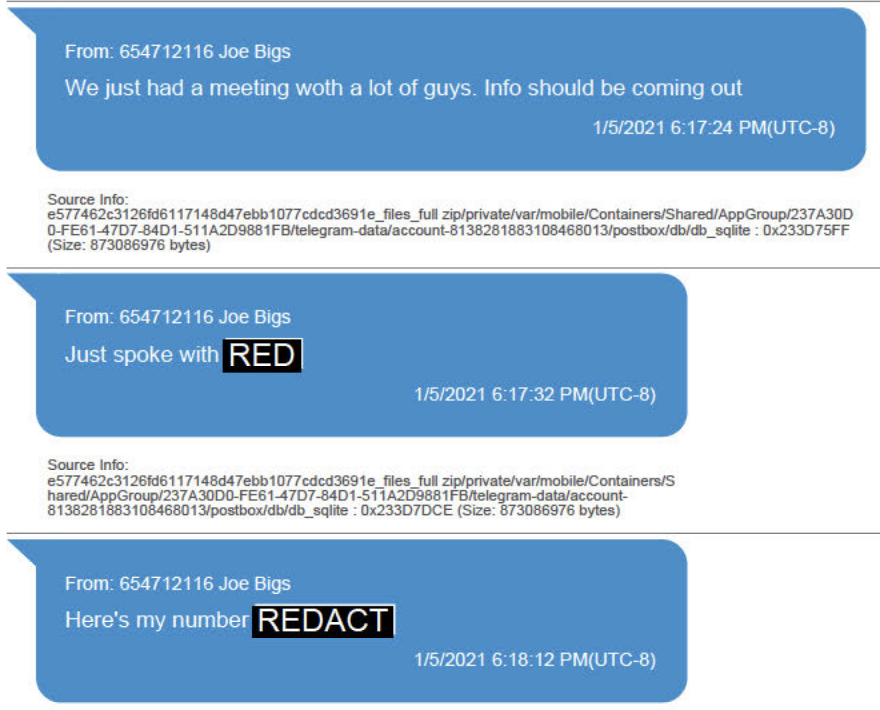 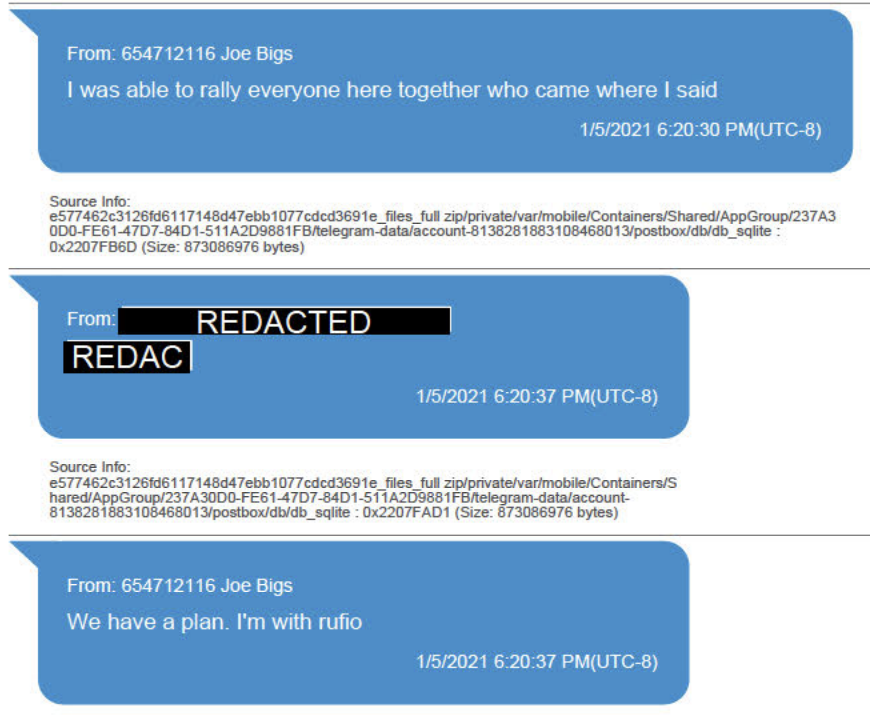 When Biggs reappeared, he described “meeting w[i]th a lot of guys” and that “We have a plan. I’m with rufio,” that is, Nordean.

To this day, even those of use who’ve followed the case closely don’t even know with whom Biggs and Nordean met, much less what the plan was.

And that’s a problem because every Proud Boy witness, even senior prosecution cooperating witnesses Jeremy Bertino and Charles Donohoe, will testify that they knew of no plan to attack the Capitol in advance of January 6.

Absent that, DOJ will point to the plan to meet at the Washington Monument, the ways the Proud Boy plan deviated from the norm (including ditching Proud Boy colors to blend in), the orderly marching, the choice not to show up at Trump’s speech at all and instead to go to the Capitol and rile up a mob of normies.

They’ll put cooperating witness Matthew Greene on the stand to explain that he understood they were crowding the Capitol to pressure Pence.

They’ll presumably put their latest cooperating witness, Isaiah Giddings, on the stand to admit that, “before January 6, Giddings did not know that Congress would be certifying the election results in the Capitol building on January 6,” but that in advance of the attack, “leaders, including Rehl, Biggs, and “Rufio,” would meet separately from the larger group.” Giddings will testify that after the attack, “Rehl, and the other Proud Boys were laughing and celebrating what they had done; namely, stopping the certification proceeding.”

They’ll point to comments afterwards, taking credit for it all.

Tarrio asserted to the Proud Boys “Elders” who had approved his formation of the MOSD, “Make no mistake. We did this.” Similarly, Bertino told Tarrio “You know we made this happen,” and “I’m so proud of my country today,” to which Tarrio replied, “I know.” The next day, Rehl similarly told an MOSD chat group that he was “proud as fuck what we accomplished,”

There is far, far more evidence in the actions the Proud Boys took that day that they did have a plan and succeeded in implementing it beyond their wildest dreams. But they don’t have that plan.

And two likely developments will likely make proving they had a plan more difficult.

First, Proud Boy defense attorneys are alleging that prosecutors are pressuring their defense witnesses with threats of prosecution. One person about whom their making the claim — about MPD lieutenant Shane Lamond, who has been suspended since last February under investigation that he helped the Proud Boys — their complaints are not credible. About others — including a female witness who might either be journalist Amy Harris, who spent a lot of time with Tarrio after he was released and to whom he said a lot of obvious self-exonerating statements, or Eryka Gemma, the woman who gave Tarrio a plan about The Winter Palace — defense attorneys claim they can provide sworn statements that prosecutors interviewed a witness without her attorney present. (I don’t trust either side in this case, so we shall see what actually gets filed.)

More damaging still for their case, an exchange at the end of a status hearing today suggested that Judge Tim Kelly is likely to prohibit the government from arguing that the Proud Boys were using other rioters are “tools” in their conspiracy (I wrote about this dispute here). That’s sound legally; the government argument doesn’t fit into existing conspiracy law. But it will make it difficult, if not impossible, for prosecutors to prove sedition, which requires the use of force. It is true that key Proud Boys expressed a goal to rile up the “normies” who would then carry out the violence on January 6. It’s even true that probably dozens of rioters said they were following the Proud Boys — but the prosecution here has shown no hint they would call those “normies” as witnesses. It is true that Ryan Samsel — the guy who kicked off the entire riot — had an exchange with Joe Biggs right before the attack. But DOJ never got Samsel to cooperate.

There’s a lot of evidence that the Proud Boys orchestrated the riot and conspired with others in doing so. But it seems likely that prosecutors have the same kind of evidentiary holes, including a potentially fatal one where the plan they finalized on January 5 is, that the Oath Keeper prosecutors did.

Update: On a late re-read, I realized I left out a key caveat on the issue of a plan: People do acknowledge there was a plan. That plan included meeting at the Washington Monument instead of at Trump’s speech, for example. The question is whether it included the attack on the Capitol (the language I’ve added, in bold).