Trump Is a Mob Boss Whose Omertà Has Started to Fail 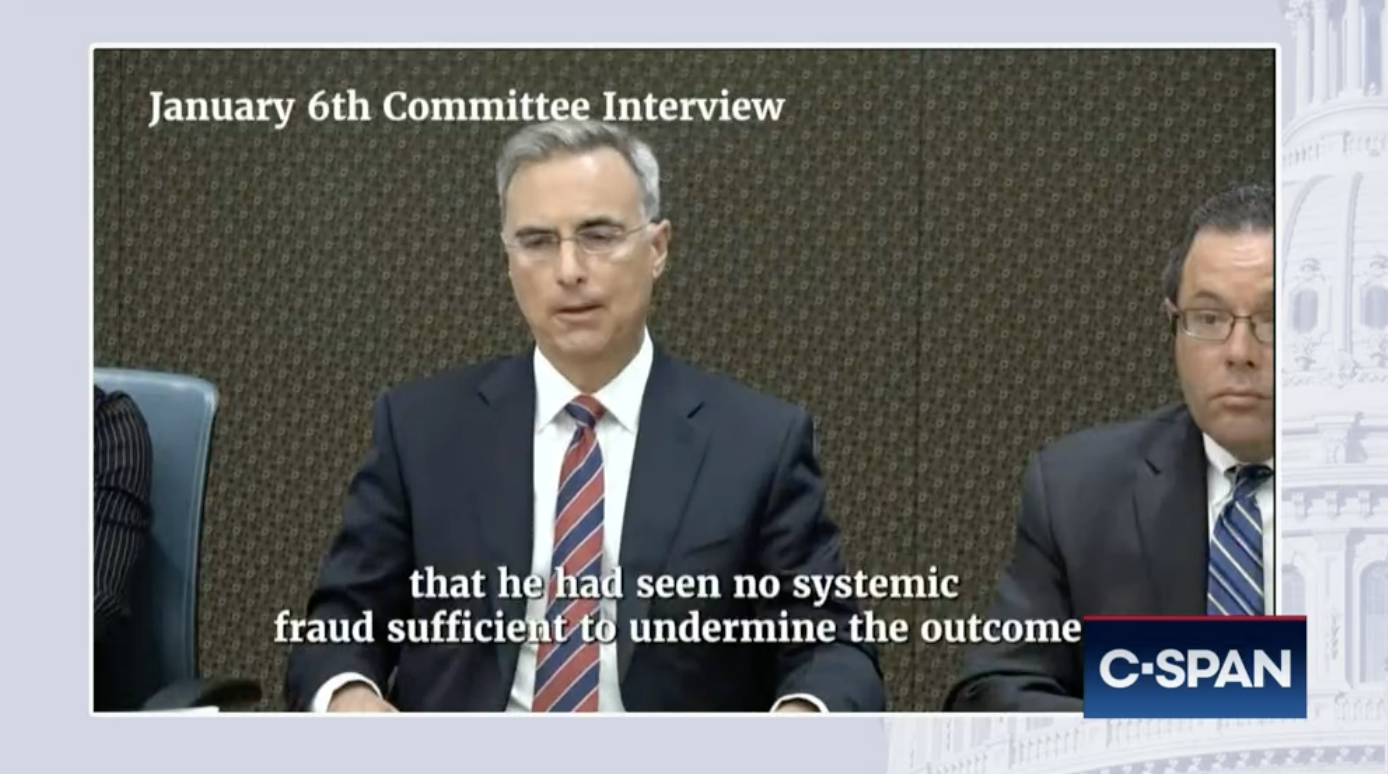 [S]o long as the base continues to eat up Trump’s schtick –the Republicans are going to be stuck with him, because they have few means of controlling him and even fewer to limit any damage he might do if provoked.

If all proceeds as things appear to be proceeding — although, yes, it is far too early to say for certain that it will — Republicans will ultimately be applauding the prospect of President Trump.

Marcus’ 2015 column wasn’t all embarrassingly wrong. She correctly noted that slightly over half of Republicans still recognized that Trump did not ideologically match the Republican party, then observed that Trump provided one to replace Republican ideology: Trumpism.

56 percent of all those surveyed, and 54 percent of Republicans, said Trump does not reflect the “core values” of the Republican Party.

Trump’s appeal will, hopefully, be fleeting, but it feels different from the flavor-of-the-month parade of GOP front-runners — Michele Bachmann, Herman Cain, Rick Santorum — four years ago. His prominence cannot be attributed to simple celebrity and name recognition.

More than any of those predecessors, it taps into a fundamental anger among a portion of the electorate. Trump is the un-Reagan — unsmiling and unmoored to any ideology other than Trumpism — but his surly message matches the times.

In this week’s column, Marcus cited several other of her columns about Trump. A December 2020 one in response to a long video sowing the Big Lie that would, a month later, incite an attack on the nation’s Capitol, observed that Trump will say what he needs to, even while Marcus hoped that Trump would just melt away.

He will say whatever he needs at the time he needs to say it.

Deluded or evil — in the end, it makes little difference. What matters is the impact of Trump’s words. Perhaps we are in the final, most florid throes of Trump and Trumpism. No doubt it will be far harder to play the bully without the bully pulpit. I have always thought of the Republican Party — Republican elected officials, especially — under the thumb of Trump like the flying monkeys under the Wicked Witch of the West. Once Dorothy throws water on the witch and she melts, the monkeys rejoice in her demise — and their liberation.

An August 2022 one, which doesn’t mention the January 6er who, weeks earlier, had responded to Trump’s incitement and tried to breach the Cincinnati FBI office before dying in a standoff with cops, describes that Trump and Lindsey Graham were promising violence if Trump were charged.

Donald Trump and his defenders are using a version of that gambit to deter the Justice Department from prosecuting the former president, arguing that going after Trump would dangerously incite his already angry followers.

From there, Marcus engages in a factual analysis of the differences between Hillary’s use of a private server and Trump’s theft of highly classified documents, as if that would dissuade anyone from political violence.

This most recent column spends a lot of time reflecting on her — Ruth Marcus’ — thought process when deciding whether to write about Trump. Before July 2015, it was beneath her dignity.

There was a time, in the naive spring and summer of 2015, when I deemed Donald Trump beneath my notice and refused to write about him:

Then she tried calling him out for a while.

There was a time, in the increasingly appalling months and years that followed, that I deemed Trump too dangerous to disregard and I could not stop calling out his never-ending, ever-escalating outrages against American democracy.

Then, until he started riling up mobs in December 2020, she got bored and ignored him.

[D]uring his final stretch in office, and in the years since, I mostly averted my gaze.

As to this particular column, written over six years after telling us not to worry, Marcus says that, even though, “no minds will be changed,” Trump’s latest embrace of authoritarianism must be denounced. Passive voice.

But I mostly thought: Why bother? Shaming targets and convincing readers are the columnist’s goals. With Trump, no minds will be changed, and neither will his behavior.

And yet, there are times when attention must be paid — if only to lay down a marker, if only (grandiose as this may sound) so historians will understand: This went too far. This cannot be allowed to stand without being denounced.

Having decided Donald Trump will be denounced, Ruth Marcus then quotes him.

The entire Tweet that Marcus found required denouncing, she reproduces in full, and only then starts scolding: “deranged,” “hijacked,” “megalomania,” “bluster,” with each scold reinforcing the tribalism that Trump has always deployed when he’s at risk. In so doing, she has voluntarily become a bit player in Trump’s reality TV show, reinforcement to the mob that Trump retains the power to earn Ruth Marcus’ scolds.

Like Marcus, I don’t think Trump’s desperate wails should be ignored. But I think there is an alternative to “giv[ing] him oxygen.” There’s certainly an alternative to disseminating his screed, which always reinforces the tribalism that Trump uses to survive. Disseminating Trump’s words unbroken, I’m convinced, only serves to signal to his supporters where the dividing lines lay, while heightening the import of that tribalism and Trump’s role in it. Trump is powerful because the liberals he has trained people to despise say he is by disseminating Trump’s words for him.

I prefer to talk about why Trump continues to ratchet up his screeds, with each new week, using increasingly violent rhetoric to ensure he’ll go viral on Twitter. He has to. Or rather, as Marcus herself recognized, “He will say whatever he needs at the time he needs to say it.”

He’s contractually stuck on his loser social media platform, which means the quickest way to get attention is to invite the scolding of people like Marcus. He’s well aware that others — Elmo, Ron DeSantis, even Kanye West — have easier means to command people’s attention. Indeed, at this point, Trump was a mere prop in the reality show that Kanye’s handlers orchestrated.

And most importantly, Trump can no longer promise to wield the tools that led others to believe they could respond to Trump’s calls with impunity — the power to corrupt the FBI and DOJ, the increasing stranglehold on the Republican party, perhaps most importantly, the power of clemency. Trump’s latest wails came on a day when, after having been smacked down by two of his own Appellate appointees, even his most reckless and ill-suited attorneys were probably explaining to Trump that he has almost no options left but to try to minimize the consequences for stealing classified documents. His wails came on a day when the two Pats, Cipollone and Philbin, men who know how he used pardons to pay off coup-conspirators and how he incited a mob to assassinate his Vice President and how he refused to use the power of the Presidency to protect Mike Pence, testified for a combined ten hours to one or more grand juries. Stephen Miller, Dan Scavino, and two others of Trump’s close aides also testified against their former boss last week. Trump even interspersed his calls for a coup with feeble attempts to discount any verdict a jury might soon — today, perhaps! — deliver against his eponymous corporate person.

Trump’s a mob boss whose omertà has started to fail.

Don’t get me wrong. Trump is dangerous as hell, and his mob will continue to pursue political violence whether or not Trump faces accountability. Trump will not melt away and even if he did those liberated from his control may prove to be more dangerous without even something as squalid as Trump to believe in.

But he is also, at this moment, as vulnerable as he has been in at least a decade.

And to a significant extent, his increasingly shrill wails are an attempt to hide that.

Yes, they are also an attempt to mobilize political violence to reverse that vulnerability. But we would do far better to describe all the ways he can no longer deliver his part of the bargain — impunity — than to willfully serve as content mules for his words of incitement.

Chrissie “Tentacles” with the “Potential to Spiral:” Geoffrey...