Special Counsel Jack Smith Taught DOJ How to Alphabetize by Last Name! A Tale of Two Subpoenas, and Other Self-Mockery 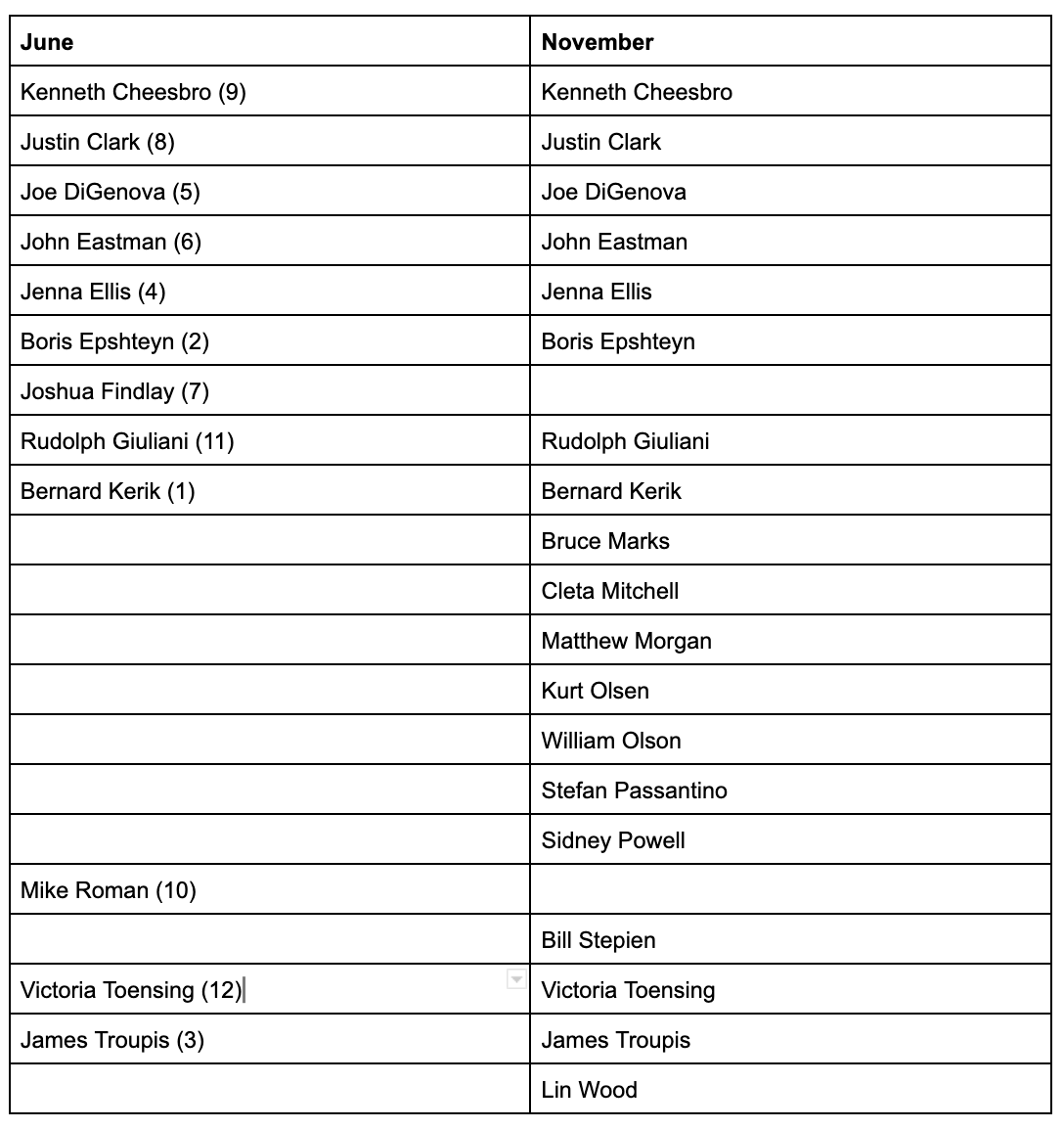 In the wake of the appointment of Jack Smith, journalists (including yours truly) and TV lawyers everywhere are overreading everything that happens in Prettyman Courthouse, when the reality is that the visible signs of investigation into Donald Trump are largely logical next steps from prior known steps before Smith was appointed. What we’re seeing, thus far, is almost certainly in reality the expected flurry of activity after the election pause ended.

So to make fun of myself and others, let me overread.

BREAKING: Jack Smith has taught DOJ how to alphabetize by last name!

Both are from grand jury 22-5, which earlier this year was focusing on the fake elector plot. Both include the same FBI agent, Daniel Mehochko, as the recipient.

So, in my self-mocking overreading, the difference between the two closely related subpoenas must reflect the passage in time and new rules we’ll ascribe, with no basis, to Jack Smith (but which are almost certainly due to some other thing).

On that logic, one key difference is that in the new subpoena — the one sent under stationary with Smith’s name on it — is that a fairly standard list of names of top Trump associates is alphabetized by last name, whereas the same list in June was alphabetized by first name. (The number after the names in the left column reflect where they showed up in that earlier list.) 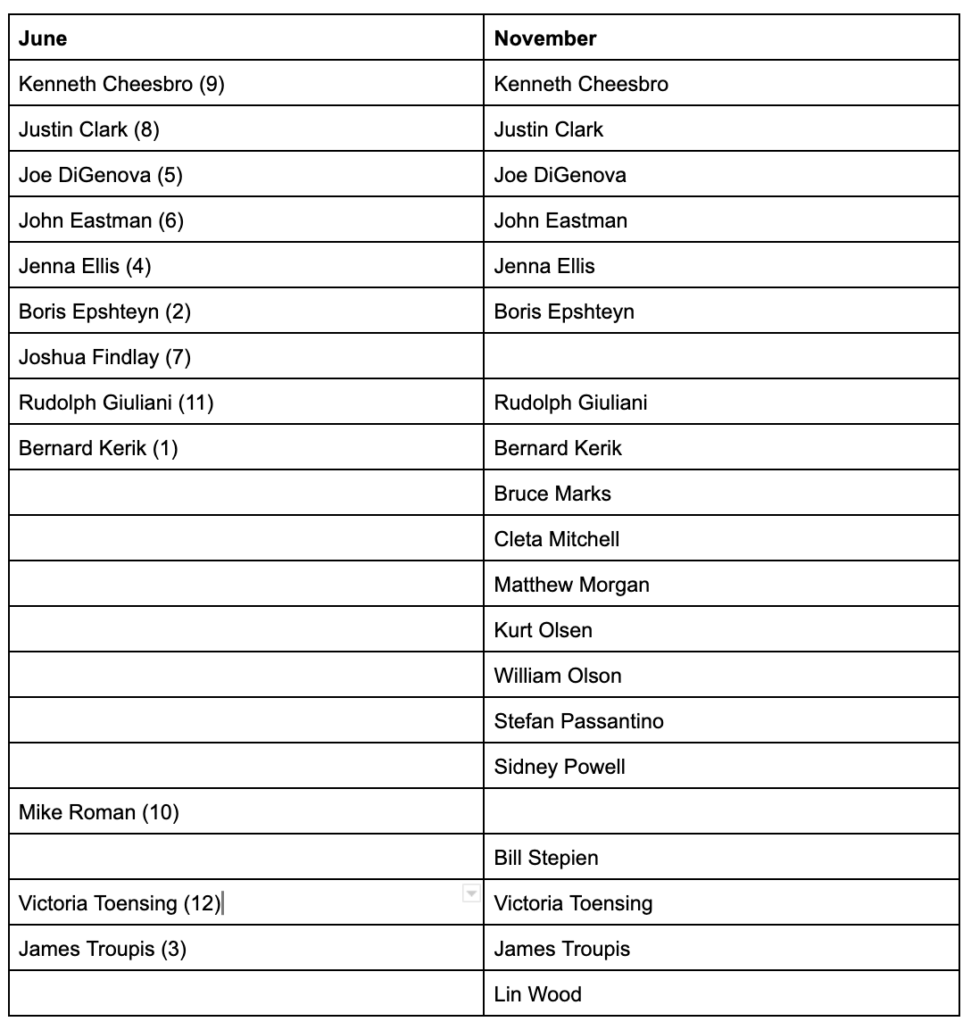 There are other differences, too. The newer subpoena covers an earlier but shorter timeframe, from June 1, 2020 to January 20, 2021 than the older one, which covers October 1, 2020 to then present, June 2022. The older subpoena asks for communications with “any member, employee, or agent” of the Executive or Legislative branches, but only asks for comms with agents of Donald J. Trump. The newer one doesn’t ask for comms with Congress (though that may be because members of Congress weren’t involved as they were with the fake electors). But it does ask for comms involving Donald J. Trump, the man, not just the campaign.

Perhaps the most interesting difference — one that may reflect a change of real rather than self-mocking import — is that Joshua Findlay (background here) and Mike Roman (background here) are not on the newer list. Roman had his phone seized in September.

Here are some other events that have happened since Jack Smith was appointed that are probably just the steps that prosecutors already had planned, including some who are probably not on Smith’s team:

Update: As noted in the comments, the earlier list was also alpha order, just by first name. I’ve attempted to mock myself some more above accordingly.

The J6 Committee Proves Themselves To Be Suspect Media Whores A Counter Perspective: On the House January 6 Committee’s Impending Refer...