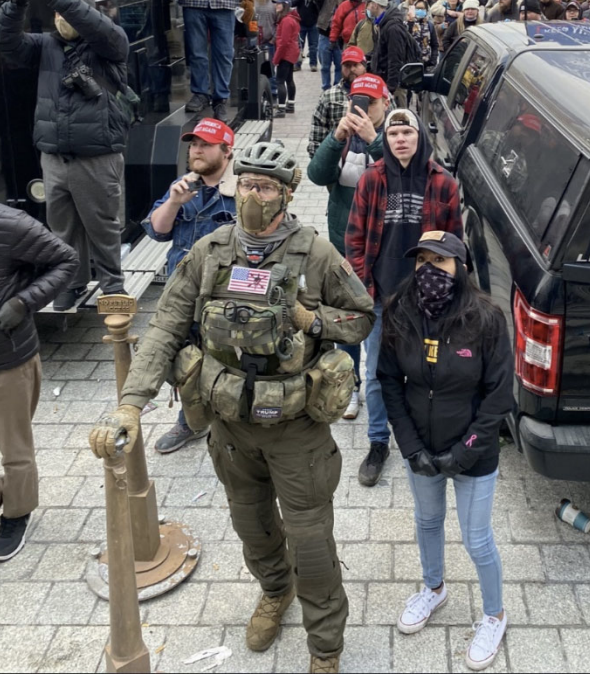 Several days into the trial of Oath Keeper Jeremy Brown, it continues to provide useful lessons for the case of that other disgruntled former Federal employee who took classified documents home to Florida with him.

In a motion in limine submitted yesterday, the government sought to preclude Brown from taking the stand and explaining why he took one of the classified documents he is accused of storing in his RV.

Notably absent from these elements is any requirement that the Defendant intended to harm the United States. Nor does the government need to prove that the Defendant even knew or had reason to know that his conduct would harm the United States. Consequently, evidence of the Defendant’s motive, rationale, or justification for possessing the Classified Trip Report is irrelevant to the elements of this offense—unless he is contending that he was authorized to possess the Report (which he has never and cannot credibly argue).

Such evidence is also not relevant to establishing that the Defendant “willfully” retained the Classified Trip Report. The Defendant either acted willfully—i.e., he knew that his conduct was generally unlawful—or he did not. His reasons or motive for so acting are irrelevant. Here, the Defendant knew that the Trip Report was classified and he knew that it was against the rules to keep classified [sic] in an unsecure RV parked alongside his home. Indeed, he placed the classified markings on the document himself, and chose to include particularly sensitive information in the Report that could jeopardize U.S. national security. The Defendant’s subjective preference that some of the information in the document should have been at a different classification level – as pointed out to the jury during cross-examination of Special Agent Koundarakis – is similarly irrelevant. On these facts, the Defendant acted willfully. The Defendant’s subjective belief that he had good intentions, or his preferred classification level for the information in the document, is entirely immaterial to that analysis.

This is the kind of motive argument that many people accused of 18 USC 793(e) want to argue. Trump (or Kash Patel) himself has argued a form of it by arguing that he should have been able to take the documents about the Russian investigation to prove he was unfairly targeted.

In this case, the government is arguing that doing so (Brown already did so in opening arguments) amounts to jury nullification.

If and when Brown’s fellow Floridian is ever charged with 793(e), I expect to see a much more extended version of this argument: That’s it’s okay to bring home classified documents and store them in your RV or leatherbound box of trophies because you had a good motive.

But there will be a whole bunch of precedent ruling such arguments about — possibly even from Brown’s own case! And since the 11th Circuit ruled that Trump isn’t special, I don’t expect any attempt to argue motive will work