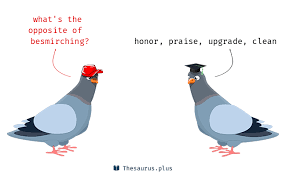 So, some commenter that has five comments here since late October of last year, “aduckisaduck”, stated:

“So, to any who have felt that this thread has besmirched EW’s usual level of commentary, I’d just say that reading and remembering have been a lot of fun.”

That is maybe a fair comment, or not, but without context and support, hard to evaluate, and not worth much.

Are there allegations that anybody but Marcy posting here is “besmirschment”?

I’ve had it with this garbage. Everybody at our blog really care and have been here forever. Two of us from the start, the rest very close behind. We all knew each other before the formal start of the Emptywheel blog.

This blog has always talked about sports. Marcy was the first person I recall suggesting it as to Trash Talk. Yeah, I talk about F1 sometimes. Have a lifetime lending to that. Music? Sure, we have from the start also done that.

So I want to know who thinks anybody but Marcy is “besmirching” this blog? Is it just me? Is it Rayne? Is it Ed? Is it Peter? Was it Jim White? What is your agenda and why?

Can you explain the “besmirching”? I’ll be waiting. I know “aduckisaduck” has very few, and limited in time, comments. But what should people who have been contributing here for over a decade and a half do? Just bow down to randos wandering in? Should we have no moderation no matter what garbage is attempted to be posted as “commentary”?

This is a position by me and me only. But a lot of current crap, including “besmirching”, insults everybody here, and who have ever been here. That is not supporting Marcy, nor Emptywheel, as a collective effort. It is insulting and petty garbage.

Jeremy Liggett: A Little Bitty Fly that Jim Jordan Wants to Propagandize At Least 25 Lawyers Are Subjects or Witnesses in the Various Trump Investig...