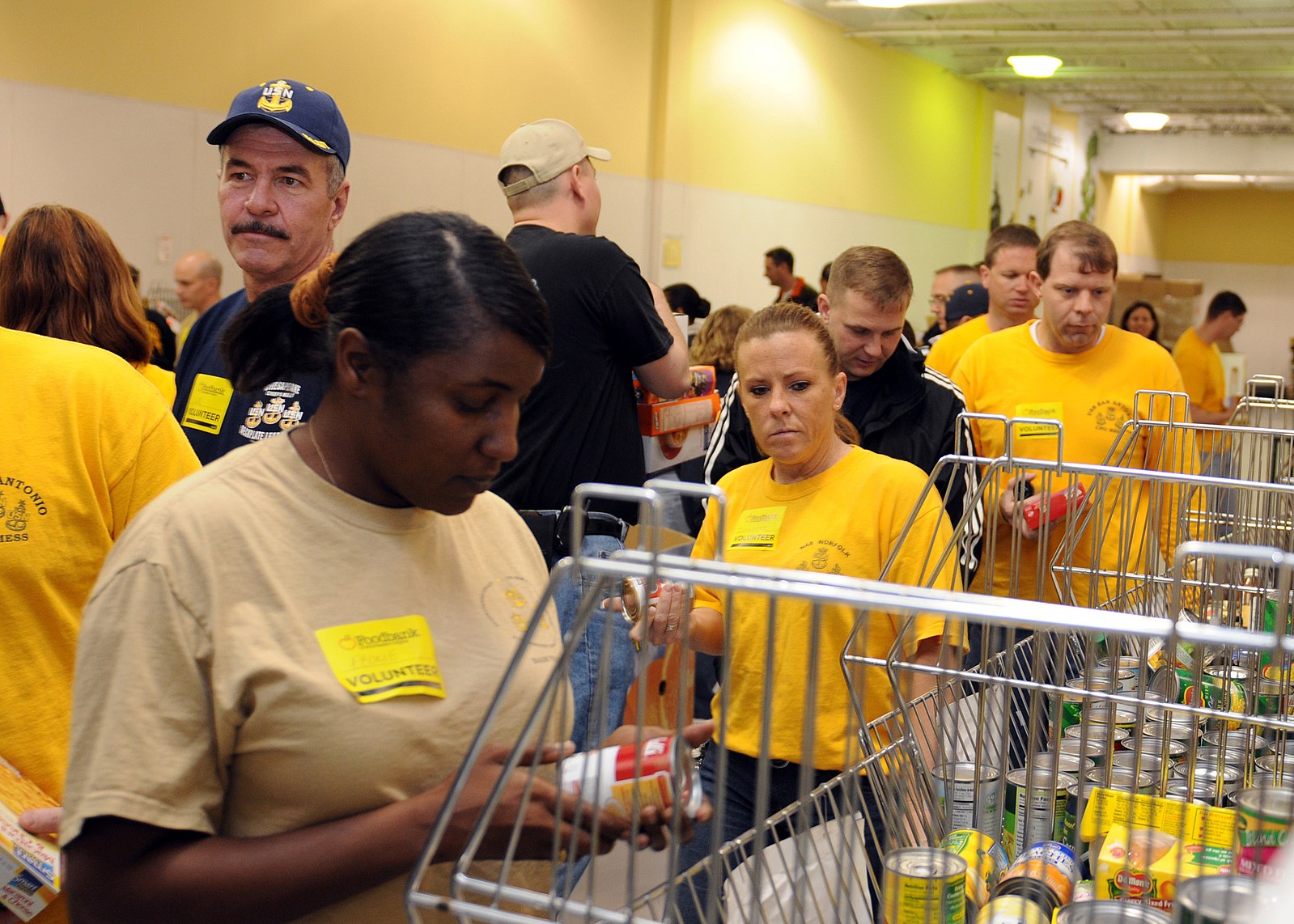 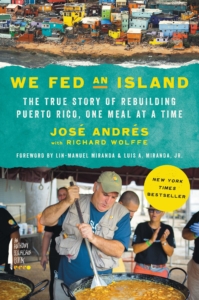 What do you do when confronted by a humanitarian crisis? José Andrés did it the only way he knew how: by feeding people, one hot meal at a time. Buy the book here.

While Marcy’s earlier post comparing and contrasting the destructiveness of the current administrations in the US and UK is important, it is far too depressing a way to end 2020. Don’t get me wrong: we absolutely need to be aware of the specific problems induced by, exacerbated by, and enabled by Trump and Johnson, but as critical as that examination of the mess is, we need one thing more.

While Donald and the Grifters were doing their worst this year in DC/Mar-a-Lago, and Boris and the Bunglers were doing the same in the UK, there were others doing other things that were absolutely spectacular. They were spectacular on their own, but in contrast to the elected national leaders, they were even more amazing.

Over in the UK, while Boris was fiddling over Westminster and worrying about deficits, a young footballer (US: soccer player) named Marcus Rashford decided he’d had enough. Marcus grew up in public housing, and was quite familiar with being short of food growing up. One reason his mom fought to get him into a football academy/boarding school at age 11 was because he was good at the game, and another was that it meant he’d get fed decently and allow her income to feed the rest of the family.

Rashford has never forgotten what a difference a decent meal means to a young child, and his efforts to address childhood hunger have grown as he has moved from being a teenage football phenom into one of the stars of the Premier League. A year ago, he led a big local effort in his hometown of Manchester to provide food to the hungry over the holidays; this past year he has been leading the effort to do the same with kids all over the UK — and doing so in the teeth of policies put forward by Boris Johnson and the Tories. In a powerful open letter to the members of Parliament last June, Rashford wrote:

This is not about politics; this is about humanity. Looking at ourselves in the mirror and feeling like we did everything we could to protect those who can’t, for whatever reason or circumstance, protect themselves. Political affiliations aside, can we not all agree that no child should be going to bed hungry?

The next day, after a couple of abortive attempts to defend themselves in the face of huge public support for Rashford’s letter, Boris Johnson and the Tories announced a U-turn and set up a program to feed hungry kids over the summer.

But Poor Boris just couldn’t learn. In October, as COVID-19 continued to ravage the UK, Rashford and others asked Parliament to set up a meal program that would feed poor kids over the Christmas holiday break when there would be no “free lunch” meals at school. Rashford pushed, but the Tories in parliament held firm (or firm enough) to reject a motion to pay for these meals, and so Rashford pushed some more. Two weeks and much outrage later, Boris caved again.

What is so powerful about Rashford personally is that it’s not just about food with him — it’s that he sees real people struggling with real problems, and he works indefatigably to address both the problem and the person. For instance . . .

In February 2020, Rashford received a letter from a young fan, who invited him to be a judge at his school for a poetry competition.

“Dear Marcus Rashford, please will you be our judge for our World Book Day poetry competition?” read the letter.

“The deaf children in Manchester will write poems. Please can you pick your winners! And give our prizes if you can? Please let us know if you can before Feb 7th.”

After agreeing to judge the competition, Rashford then started learning sign language in preparation for the meeting the kids.

The England international has vowed to hand out the awards in person when the current lockdown restrictions are lifted.

Based out of the US, world-renowned chef José Andrés has been doing the same kind of work. It began when Andrés saw the absolutely inept response to the 2010 earthquake in Haiti. He gathered a bunch of cooks, called on his network of suppliers, and set up a huge field kitchen operation to feed both those responding to the emergency but also the ordinary folks who live there. His work to organize a response meant jobs for local restaurant folks who provided the bulk of the workforce alongside his emergency crew members, and this became a juggernaut in the disaster relief world: World Central Kitchen. Since then, WCK has gone into Puerto Rico after Hurricane Maria, Florida and the Gulf Coast after US hurricanes, and all kinds of other locations suffering from disasters, man-made and otherwise.

As pandemic-related lockdowns ravaged the food industry, Andrés devoted himself even more strongly to turning the devastated restaurant industry into a powerful force for feeding the growing numbers of folks in need of food. “It is WCK’s intention that by working directly with restaurants and providing demand for the restaurant business, we can get meals to those who need them most while also uplifting an industry that needs all of our help to keep their doors open.” Andrés sums up the mission of WCK quite simply: “Wherever there’s a fight so hungry people may eat, we will be there.”

The key to the work of both Rashford and Andrés is that they see themselves as partners with those in need, not as saviors who swoop in and do their thing, take a bow, and then leave. This mindset of partnership stands in stark contrast to Trump and Johnson, and the way in which the broader, non-political community has gotten behind folks like Rashford and Andrés is a challenge to politicians, as Johnson’s Tories learned not once but twice.

This afternoon, Rashford tweeted this out (paragraph breaks added for readability, but punctuation from the original):

I’ve got a game tomorrow so I need to sign off here but before I go I wanted to reflect on what has been the most challenging year. I’ve been so proud to see people coming together to help those in need and that same compassion needs to continue into 2021 because it’s people like you that make this country great and there is still so much more work to do. We have shown the difference we can make when we unite.

Don’t look back on this year thinking you haven’t achieved anything, you achieved everything. You survived 2020. Your strength was tested and you made it. Give yourself a pat on the back. I’m hoping in 2021 I get to celebrate in the crowd with you again, I really just miss that, I can’t believe none of you got to be with me for the Leipzig hat trick but hoping there will be many more.

Everything I have achieved this year has been our achievement I couldn’t have done it without your support. Let’s aim and hope for an equal playing field for all in 2021. Love to you all. Be safe and a happy new year. MR x

[That Leipzig hat trick was amazing – he came off the bench in the second half and scored 3 goals in just 18 minutes. But I digress.]

Back in late 1970s, in the face of anti-gay activists like Anita Bryant and the politicians like John Briggs who sought their votes, Harvey Milk brought his own community-based political approach to the streets of San Francisco. While he was withering in his critique of those who put the big money powers first, of those who lived to oppress others, and those who preached a “go slow” approach to seeking change, he knew that was not enough. When speaking to his supporters about reaching out to others, he told them that beyond criticism, one more thing is needed: “You gotta give ’em hope.”

That’s what Marcus Rashford does. That’s what José Andrés does. That’s what countless of less famous others do on a smaller, more local level. As I said at the top, Marcy’s earlier post was necessary, but going forward we need signs of hope.

But Rashford is right: there is still so much more work to do. As we come to the end of 2020 and the start of 2021, as we mourn the efforts of Trump and Johnson to push their countries into hopelessness, who gave hope to you and your corner of the world?