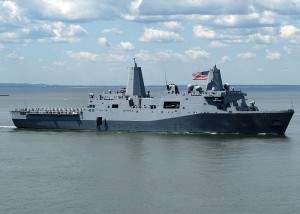 Just as the San Antonio was “commissioned” and then towed back for repairs because it couldn’t move on its own, the “interrogation” that is currently underway for al-Libi is a false start and a “clean team” will have to be brought in for any interrogations that will be used should al-Libi ever be brought to trial. From the gov-splanation: END_OF_DOCUMENT_TOKEN_TO_BE_REPLACED

When I asked whether DOD had any authorization for torture after 2004, Jeff Kaye reminded me we just recently saw one new aspect of authorization: an April 2006 Steven Bradbury Opinion authorizing Appendix M of the new version of the Army Field Manual released on September 6, 2006. (As Jeff and Matthew Alexander have shown, Appendix M, which remains in place, basically incorporates a number of techniques amounting to torture right into the AFM.) While the 2006 Bradbury memo doesn’t explain what DOD was doing between 2004 and 2006, the memo basically serves to turn Appendix M into an empty vessel into which DOD can throw anything it wants and have it pre-approved.

Make sure the client never sees the caveats

Let’s start with the structure of the memo: note to whom it is addressed?

Rather, this is a Memorandum for the Files. It serves as a document internal to OLC, rather than a document explaining factual assumptions, legal reasoning, and specific limits to the client. So how does the client know the result of the memo? The first paragraph of this memo explains,

The Department of Defense (“DOD”) has asked us to review for form and legality the revised drafts of the Army Field Manual 2-22.3 (“Human Intelligence Collector Operations”), Appendix M of FM 2-22.3 (“Restricted Interrogations Techniques”), and the Policy Directive regarding DOD’s Detainee Program. By letter sent today to the General Counsel of DOD, we advised that these documents are consistent with the requirements of law, in particular with the requirements of the Detainee Treatment Act of 2005 [citation removed]. This memorandum explains that conclusion.

In other words, Bradbury did tell Jim Haynes the result of his review: that the Appendix passed legal muster. But it appears that Bradbury did not send this memo (the memo was finalized after the letter had already been sent). Indeed, Bradbury suggests that he did little more than send a letter saying, “The new Army Field Manual, Appendix M, and the associated Directive are legal under the Detainee Treatment Act.”

Now, Bradbury does put limits on his judgment that Appendix M was legal. He spends what appears to be six paragraphs describing the techniques he says were part of Appendix M. Those paragraphs place limits on the techniques (for example, they prohibit an interrogator from leading a detainee to believe the interrogator was a member of the Red Cross). He references restrictive language in specific paragraphs of the AFM itself. He includes assumptions about whom DOD would use these techniques with.

But if DOD never saw this memo–and there’s no indication they did–then his approval would be utterly divorced from any of the restrictions he had placed on that approval.

Approve a document and then make changes to it

Speaking of all those references to specific paragraphs of Appendix M, note that Bradbury wrote this memo on April 13, 2006. Appendix M was not finalized and released until September 6, 2006. And the contents of Appendix M changed significantly between the time Bradbury wrote his approval letter and the time the Appendix was put into effect five months latter. (See this article from Jeff for a review of the debates in the interim period.) END_OF_DOCUMENT_TOKEN_TO_BE_REPLACED