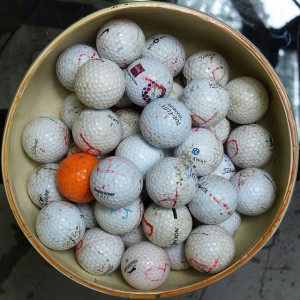 The Yankees and Red Sox both finally won games yesterday after starting their seasons 0-3, while the Taliban have opened their season with a new offense.

The very fact that the US has been in Afghanistan so long that the press uses matter-of-fact phrasing to refer to the opening of fighting season demonstrates the depravity to which this war has descended. Today saw a number of bomb attacks across Afghanistan, with the death toll approaching 20 at the time of this writing.

The opening of the season, as described by the Washington Post:

At least 18 people, including police and civilians, were killed in attacks in Afghanistan on Tuesday, a spate of violence that coincides with the start of the country’s traditional fighting season.

Reuters notes the opening in this way:

Suicide bombers killed at least nineteen people in attacks across Afghanistan on Tuesday, including 11 Afghan police, as insurgents ramped up violence ahead of the traditional summer fighting months.

To their credit, the New York Times avoided the season cliche, but their article was centered on the Herat bombing alone.

In crafting its new version of “victory” language, NATO is claiming that the Taliban will not be carrying out a spring offensive this year aimed at large NATO bases. Instead, as today’s bombings demonstrate, it appears that the targets will be Afghan security forces, government officials and civilians.

Returning to the Reuters article:

A NATO spokesman on Monday said insurgents had so far shown no sign of planning a repeat of last year’s unified spring offensive against foreign and Afghan forces, preferring isolated attacks on small units and bases.

The Afghan Taliban claimed responsibility for the Helmand attack, saying it had been targeting the district governor and police chief, as well as other government officials.

Attacking Afghan police units and local authorities will make the planned exit of NATO forces much more difficult if these attacks result in fewer Afghans being willing to serve in these positions, since the stated strategy is to hand over authority to them as NATO forces withdraw.

So far, I’ve found no evidence that anyone has formed a fantasy league for the fighting in Afghanistan, so we haven’t completely plumbed the depths of how low this can go.

Update: Oh my. Alissa Rubin has updated her New York Times article so that it now covers the whole string of bombings, not just Herat. The new opening paragraph:

In a further sign that the insurgents’ spring offensive is under way, suicide bombers struck in western and southern Afghanistan on Tuesday, killing as many as 18 people, according to Afghan officials in Herat and Helmand, where the attacks took place.