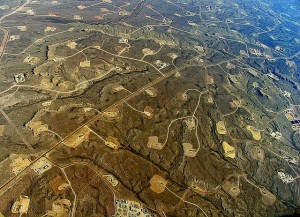 Big Data. Industry players are relying on large sets of data collected across the field to make decisions. They’re not looking at daily price points alone in the market place, or at monthly and quarterly business performance. They’re evaluating comprehensive amounts of data over time, and some in real time as it is collected and distributed.

Which leads to an Aha! moment. The fastest entrant to market with the most complete and reliable data has a competitive advantage. But what if the fastest to market snatches others’ production data, faster than the data’s producer can use it when marketing their product?

One might ask who would hack fossil fuel companies’ data. The most obvious, logical answers are:

What would that look like? We’re talking really big money, impacting entire nation-state economies by breach-culled data. The kind of money that can buy governments’ silence and cooperation. Would it look as obvious as Nation A breaking the digital lock on Company B’s oil production? Or would it look far more subtle, far more deniable? END_OF_DOCUMENT_TOKEN_TO_BE_REPLACED 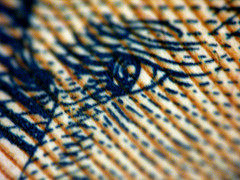 Metadata can offer a volume of transactional activity, though it will not disclose the value of a transaction. Imagine smartphones indicating they are being used at particular devices – point-of-sale devices – at any retailer, from fast food to hard lines. An uptick in overall activity at a specific retailer indicates greater volume of business, the data fresher than that reported in a 10-Q report filed publicly with the SEC. What could an investor do with this kind of data? One could imagine success not much different than the Huangs experienced, provided they also understood other publicly available information about the retailers under observation. END_OF_DOCUMENT_TOKEN_TO_BE_REPLACED

This is an op-ed; opinion herein is mine. ~Rayne

A tweet yesterday by technology-futurism pundit and sci-fi writer Bruce Sterling hinted at the problem of technology industry and journalism, with regard to politics:

The tweet was spawned by a profile in The New York Times of Newark NJ’s mayor, Cory Booker, who has used social media regularly as a community outreach tool. In addition to bestowing the inapt label “A Politician From the Future,” a critical problem in this article is the labeling of Cory Booker as appealing to “the Googly-Facebookish wing of the [Democratic] party.”

Except that Cory Booker is extremely proficient at using microblog platform Twitter, and Twitter has a significantly different demographic profile with regard to race and age. Further, Twitter’s 140-character post limitation has been much easier to use on mobile devices, fitting a mobile business model long before either Google or Facebook.

It’s not clear what Sterling thought about the NYT’s article, though in a reply he expanded and lumped together the “Twittery-Googly-Facebook” crowd, suggesting he’s missed both NYT’s error while not understanding the demographics and politics at play.

Both Sterling and NYT fail to take seriously Booker’s actions themselves; they look at the medium, not the message, which is that Booker’s deeds are like that of an old-school Democrat, the kind we used to have before the corporatist Democratic Leadership Committee co-opted the Democratic Party to serve somewhat more liberal overlords.

Booker’s use of Twitter was carefully noted by TIME back in 2010, after Booker had taken personal, hands-on action to help constituents during a snowstorm. It wasn’t a collection of photo ops for a campaign (as another mayor-candidate demonstrated in another city), but actual response to situations where elbow grease and a shovel were required.

What both NYT missed, besides categorizing Booker as belonging to the “Googly-Facebook” portion of the Democratic Party:

— Booker’s efforts with regard to his one-on-one interactions with constituents do not compare with a considerable portion of the party to which he belongs;

— His actions are highly transparent, his words sync with his deeds right there in the public forum of Twitter;

— The tool he uses for outreach more closely matches his constituents’ demographics, not that of the “Googly-Facebook” crowd.

— Booker uses “big data” to make and justify decisions; “big data” is merely a contemporary expression of polling data used in the near-term past and present.

It’s not clear that Sterling notes these key points, as focused as he was on the social media component and NYT’s representation of Booker as a politician from the future. END_OF_DOCUMENT_TOKEN_TO_BE_REPLACED