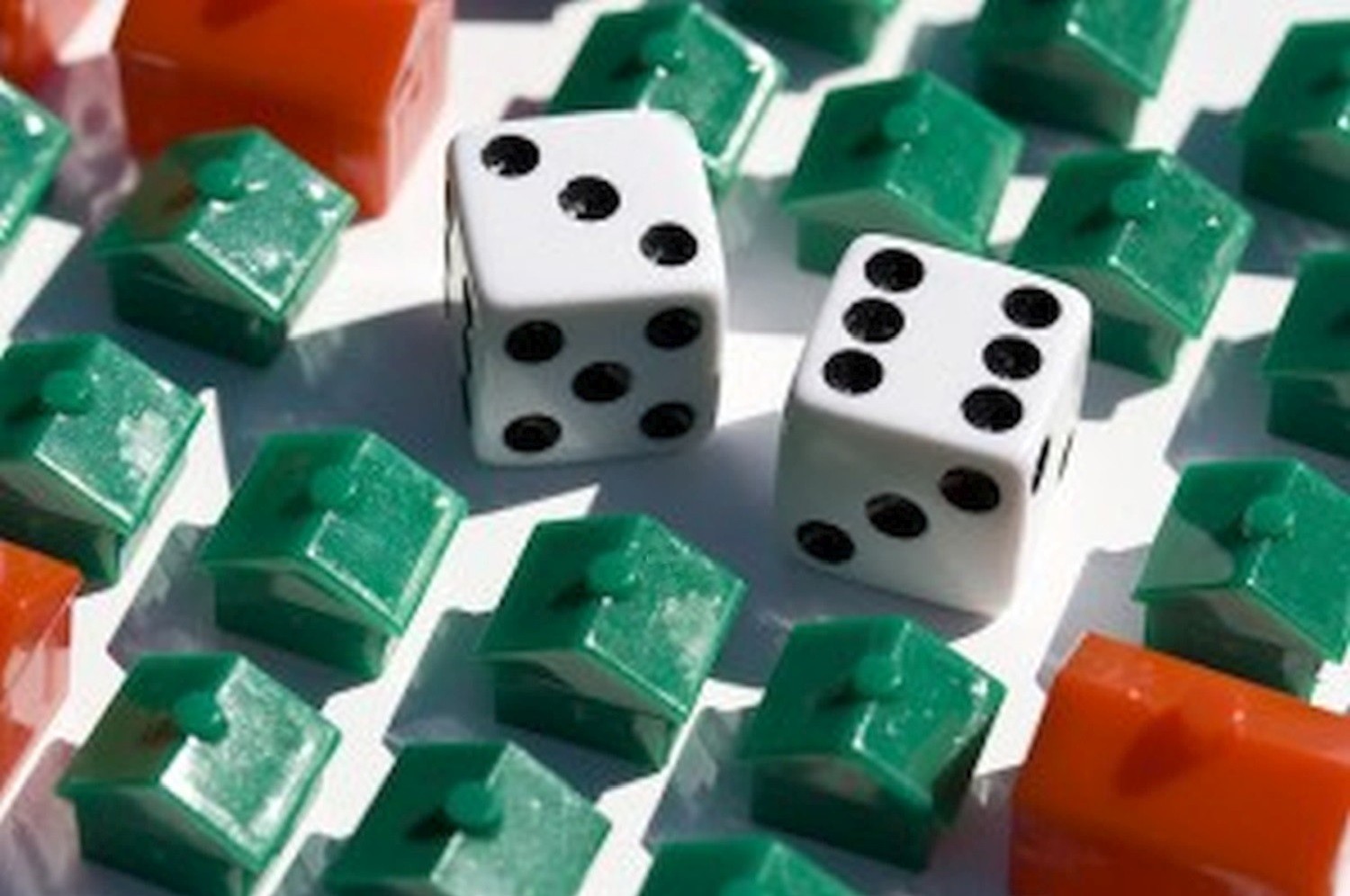 [NB: Check the byline, thanks. Updates at the bottom of this post. /~Rayne]

I have no choice but to warn you I write this as one hella angry mom. I want to put some people in time out badly.

First, a caveat and an ear-boxing:

The GOP is worthless. They have systematically refused to govern during a time of crisis. What the GOP has done instead has exponentially increased risk to America – Making America Great at Stupidity – and to the rest of the world with its anti-science, anti-vaccine, anti-mask propaganda.

They’ve fought every single damned effort to offer aid to the country. Their congressional voting record documents this for posterity as well as in state legislatures. They resist rational science-based efforts to stem the pandemic because of weak sauce excuses like “muh freedum!” which means protecting the unconstitutional right to increase others’ risk of sickness, disability, death, and loss of business.

They’re not a political party with a reasoned platform based on a sound ideology with which the country can identify. Instead it’s an organization intent on maintaining a grip on power by aggregating Know-Nothings, Do-Nothings, and Stop-Everythings, which includes stopping this country from realizing a more perfect union.

If the GOP was a sane and legitimate political party I wouldn’t have had to write this post.

That said, Senator Chuck Schumer and President Joe Biden have screwed up in a big way, a couple times over. They need to be schooled for this.

Joe Manchin appeared on fucking Fox News yesterday to say he wasn’t going to support the Build Back Better Act which has already been passed in the House.

If that wasn’t a deliberate in-your-face “Fuck You!” to Biden, the Senate Democrats, his West Virginia constituents, and the entire country, I don’t know what is.

Not NBC, not CBS, not ABC. Not NPR, not even a local West Virginia news station.

He went to Fox Home of Demoralizatsiya News.

And he was able to do so because Schumer and Biden allowed the Infrastructure Investment and Jobs Act (a.k.a. Bipartisan Infrastructure Framework – BIF) to be delinked from passage of the BBB, putting the BIF first and BBB second in order to obtain Manchin’s support.

Except the BIF is the only thing Manchin wanted to the benefit of his corporate overlords. BBB gives money to those people he doesn’t trust, like most of the constituents of his state, the second poorest state in the country.

Ask Adam Jentleson about it. He does a better job in this Twitter thread explaining how this negotiation was fucked up all to hell.

Everything Manchin cared about was in BIF. While the WH never had much leverage over Manchin, that’s all the more reason to cultivate what little leverage existed. Giving it all away, for free, up front was a strategic mistake. The day Biden endorsed BIF was the day he lost BBB.

Don’t ask the progressive House Dems about this situation; you should already have been able to hear them warning before this all went down that Manchin couldn’t be trusted. Their fury is righteous.

And I absolutely mean righteous because there’s no goddamned way in hell someone like Ady Barkan, who has fought so vigorously for American’s health care, should have to worry about services he needs as he fights a mortal illness.

Senator Manchin said he doesn’t know how to explain #BBB to West Virginians, but they know what Build Back Better means already. For thousands, it means home care that keeps them safe with their loved ones.

Here’s what West Virginians say it means to them.

There’s also no way that the roughly 10% of Americans who are diabetics should have to continue to worry about coming up with $1000 per month to pay for insulin which costs a few bucks to make. They should be rejoicing about a $35 month price instead, but no – Manchin fucked them over, and Chuck and Joe failed to see the fucking coming at us.

Don’t get me started on the other fuck-ups like the Child Tax Credit, about which one tweeter wrote, “2022 will be a Electoral bloodbath” (sic).

Imagine this happening to a household which has had reduced hours, wage cuts, or has been on minimum wage, or dealing with unpaid time off due to COVID over the last year. Just do the simple math of two young parents trying to manage this on 40 hours a week at prevailing local minimum wage.

People have to pay bills NOW, and in January, and in February, in spite of work disruptions and increased cost of daycare and other childcare expenses…they can’t just float everything until this is fixed or the credit is paid out after they file 2022 tax returns.

In light of Sen. Joe Manchin pulling his support from BBB, here are just two West Virginia families who will go back to struggling to put food on the table come January, as the enhanced child tax credit will now run out if Congress does nothing by 12/28. https://t.co/lxfrT2mwxP

Also extremely unhelpful is Biden’s persistent refusal to use his executive power to forgive student loans in part or in whole.

Parents of young children with student loans are doubly screwed by the failures of both the White House and the Senate Leader. And yet there’s head scratching about Biden’s weak approval rating going into 2022 especially with younger voters.

Why the hell should Millennials and Gen Z turn out to vote when they can do the math and they know the Democratic Party hasn’t delivered for them – especially as they go into another COVID hurricane thanks to Omicron?

No one asked how we would pay for business loan forgiveness.

Look, the BBB is an economic stimulus package. Every single household saddled with burdens BBB could alleviate would be able to participate more fully in the economy.

Some of that “economic anxiety” the media hyped up as one reason behind Trump’s election in 2016 could be partially relieved.

Forgiving student loans is likewise an economic stimulus targeted at a segment of the population which is most likely to spend income immediately, locally, and on goods and services which propel our economy.

This is what Joe Manchin failed to recognize and couldn’t explain to his constituents AND his corporate overlords because he’s a selfish dumb ass.

New @Sen_JoeManchin statement: “I have always said, ‘If I can’t go back home and explain it, I can’t vote for it.’ Despite my best efforts, I cannot explain the sweeping Build Back Better Act in West Virginia and I cannot vote to move forward on this mammoth piece of legislation” https://pbs.twimg.com/media/FG-quwYWUAcl3Bo?format=png&name=small

The BBB is economic stimulus — this is the justification for Schumer and Biden to approach moderate GOP members like Lisa Murkowski (AK) and Susan Collins (ME) to obtain their votes (Collins owes women this, big time).

Other people have been explaining it quite capably:

Senator Joe Manchin says that he can’t explain the Build Back Better bill to West Virginians. So I thought I should help him out –

Yet Manchin refuses to accept the assist.

Which leads me to ask one rather important question, given Manchin’s announcement on goddamned Fox News and Goldman Sachs’ downgrade on a Sunday.

Who knew about Manchin’s decision and shorted the market?

Heaven help you if you did, Manchin.

Thanks to Kendall Brown for saving us a click so we didn’t have to read all the revolting Manchin-sympathetic journalism to get to this bit:

I’ll save y’all a click. This is the statement Joe Manchin’s team are calling “incivility” behind the scenes.

This milquetoast, exceedingly polite statement are the best excuse they can come up with to justify keeping millions of American children in poverty. This is pathetic. https://pbs.twimg.com/media/FHEe8vqWYAEZGM_?format=jpg&name=small

I’m even more convinced something shady happened than I was before if Manchin is going to blame incivility by the White House as a reason to walk away from the BBB.

Who didn’t know Manchin was the hold up? We all of us knew it, it wasn’t a surprise. The White House naming him as the lone Democratic holdout only confirmed what we’d known and what the House progressive caucus was worried about — that a single Democrat would be the sole reason the bill would fail, and look, it was one of the two senators most-likely-to-DINO-tank-a-bill.

Doesn’t he make enough from his other investments to take care of his family if he’s so worried about them being included in harassment because he’d rather tank the entire BBB and hurt Americans in the process? Maybe sell your Maserati, Manchin, and buy a couple security people.

Jesus Christ, what a whiny baby he is.

Rep. Jayapal is now looking at executive action as a Plan B to realizing key components in the BBB.

So, the big takeaway from Jayapal press call is that progressives do NOT want to further shrink the bill and want to pivot to what Biden can get done via executive action.

What a pity Manchin didn’t take a hint from all the feedback he got from average Americans to simply agree to pass the bill and be a hero instead of self owning by appearing to flip flop on his demands throughout the course of the negotiations in full sight of the public who could see he was the bottlenecking gatekeeper.

He looks even more weak and pathetic having to go to yet another sympathetic outlet to make his non-existent case.

There have been rumbles over the last 24 hours about the BBB possibly being revamped if not revived or resuscitated. But Manchin’s homies have also taken issue with his position on BBB:

The West Virginia Dems had done a fair amount of organizing recently which showed up in polling about the BBB:

But sure, Joe Manchin is just representing his constituents. Got it. https://pbs.twimg.com/media/FG-0UBHWQAAYKqX?format=jpg&name=small

Hard to get around these numbers which show bipartisan support among constituents for BBB.