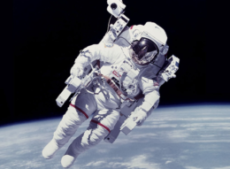 Well, today there will be another Billionaire Blastoff. First went Sir Richard Branson and Virgin Galactic; today will come Jeff Bezos and Blue Origin. Musk will come last, but as much as he is dislikable, and he really is, he has sent a rocket into real space to the ISS. He just wasn’t on it, which is okay in the Billionaire Blastoff races.

There is a lot of discussion in the social media and press as to whether these vanity flights are worth it, or whether the relative money should be spent on domestic efforts and climate change, child poverty etc. Strikes me that is a valid discussion.

It is pretty hard to argue with the “spend your cash now” on this or that. Very valid arguments. The side that, sure it is vanity by these Billionaire Blastoffers, but there is value here long term, is also right. Maybe it is not such a simple dichotomy.

I will also add, that as a former pilot, I more love the fact that actual pilots had to drive Virgin Galactictic. Bezos vehicle is the proverbial space monkeys in pre-Mercury criticisms.

There are a multitude of questions on the Billionaire Blastoffs. All, and maybe more, valid to be discussed. Personally only, I think the net good in advancement of engineering and US space capability militates in the positivities column. But that is not an easy question.

Use this thread for any launch things. Featured above is the great Steve Miller. And with plaudits to our once, and forever, Roving Reporter Rosalind.

11:20 a.m. EDT — Wow. What a picture-perfect launch and landing. This is the most excitement out of West Texas since some lousy bird hunter shot his friend in the face a few years back. Today’s mission by Blue Origin, an aerospace company founded by Amazon CEO Jeff Bezos, had several objectives. The reusable rocket’s fourth mission included testing of backup and safety systems intended for future manned flights as well as multiple scientific project payloads. At least one project required the microgravity conditions (video) this mission would realize as the ship approached, reached, and left apogee at 331,501 feet (roughly shy of 63 miles above earth).

I’ve replaced the live feed of the mission with a video summary of the same New Shepherd rocket’s third flight from April this year. Compare and contrast with Elon Musk’s SpaceX’s recent reusable rocket launches; I am completely in awe of SpaceX’s attempts to stick a landing repeatedly on a puny drone raft at sea. (Video embedded here is from SpaceX launch last Wednesday carrying Eutelsat/ABS telecommunications satellites.)

If we have to endure gross inequality and a siphoning plutocracy, this space race is the kind of crazy oligarchs’ spending I love to see. Granted, Bezos is probably checking out future warehousing for Amazon facilities in space, crewed by robots — there’s no rent in space, right? But the opportunities for aerospace development and accessibility to the public have increased greatly with these two companies working fast and hard on this implicit competition. They also offer opportunities for us to save costs on government-funded missions — SpaceX has already won contracts formerly awarded to companies with an oligopolistic hold on launches.

I still want NASA to do all this and more as well; space shouldn’t be the domain of corporations after all. But if NASA has to work with fewer resources thanks to anti-science GOP-led Congress, at least they have a much larger hiring pool of experts to drawn from when they look for aerospace folks to add to their team, thanks to Blue Origin and SpaceX.

Explaining his refusal to serve in the military, that aforementioned sloppy hunter who shot his friend in the face said he had other priorities. It’s amazing in contrast what other rich guys do with their other priorities.

Jeff Bezos had one helluva Father’s Day already. Hope yours is just as exciting.

In my eyes, indisposed
In disguises no one knows
Hides the face, lies the snake
The sun in my disgrace

Looks like this week is all about mergers. Enjoy this simulation on replay several times while listening to Soundgarden’s Black Hole Sun while we dig in.

The Yahoo and Hutchins-Telefonica deals bear scrutiny for their potential for mass surveillance depending on how the proposals play out. Yahoo could end up operating under UK laws, and some part(s) of either Hutchins or Telefonica could end up with a non-UK or non-EU partner.

All of these proposed mergers were in the works before the Panama Papers were released; none them appear to be motivated solely by tax reduction, but instead by economies of scale and weak market conditions. It’d be nice if executives of all companies raking in profits realized that failing to pay their hourly workers well has a direct impact on overall market demand. Their businesses could retain autonomy instead of spending time and money on M&A they could spend on employees’ wages.

Just for fun: Rockets!
If you didn’t watch SpaceX’s Falcon 9 launch on Friday, you really ought to make some time to do so for entertainment purposes. The first stage of the rocket returned successfully for reused, nailing a landing on a drone ship — a DRONE SHIP AT SEA. I missed the fact the landing pad was a drone vessel when I watched the first attempts. It’s a really narrow thing, landing on a speck of a pad in the ocean which is pushed around a bit by ocean currents in spite of the drone ship’s programming and/or remote control. (I would love to know who named the drone ship, ‘Of Course I Still Love You’ and why…)

What’s similarly remarkable is the SpaceX team — their excitement is off the map, rather like watching a K-12 FIRST LEGO robotics competition than an aeronautics business at work. Note in the video the team’s reaction just seconds (about 27:30) to the first stage return landing; it’s as if they KNEW they had it nailed before it happened. Wouldn’t you love to know just how they knew?

Also for grins: compare SpaceX’s landing on Friday (start at 23:48 into video) to competitor Blue Origin’s recent rocket return. Blue Origin is owned by Amazon’s Jeff Bezos; the return is so smooth and slick, but it’s in the west Texas desert where potential disruption of the landing has been minimized. Important to keep in mind that SpaceX actually delivered a payload after reaching orbit, where Blue Origin is still limited to sub-orbit elevation.

With that our week’s been launched — let’s go!