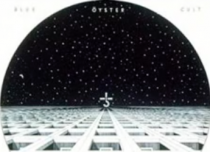 Now that the Top Hat is back in BP style, I constantly think of this when I hear the term “Top Hat“. Oh well, whatta ya gonna do? Beer Thirty, that’s what!

Lots of junk to blather about, only a few of which are Los Suns hosting the pinche Lakers, baseball (look out, here come the amazing Mets and Sawx), college baseball is in the playoff run, something called the Stanley Cup is supposedly being played, although you would hardly know it here, and early tomorrow morning the Turkish Grand Prix goes off. Crappy cookie cutter track that makes for forgettable racing. Don’t know why the Circus stops in Turkey.

Hoop it up, and I will be along with a couple of real posts in a bit.