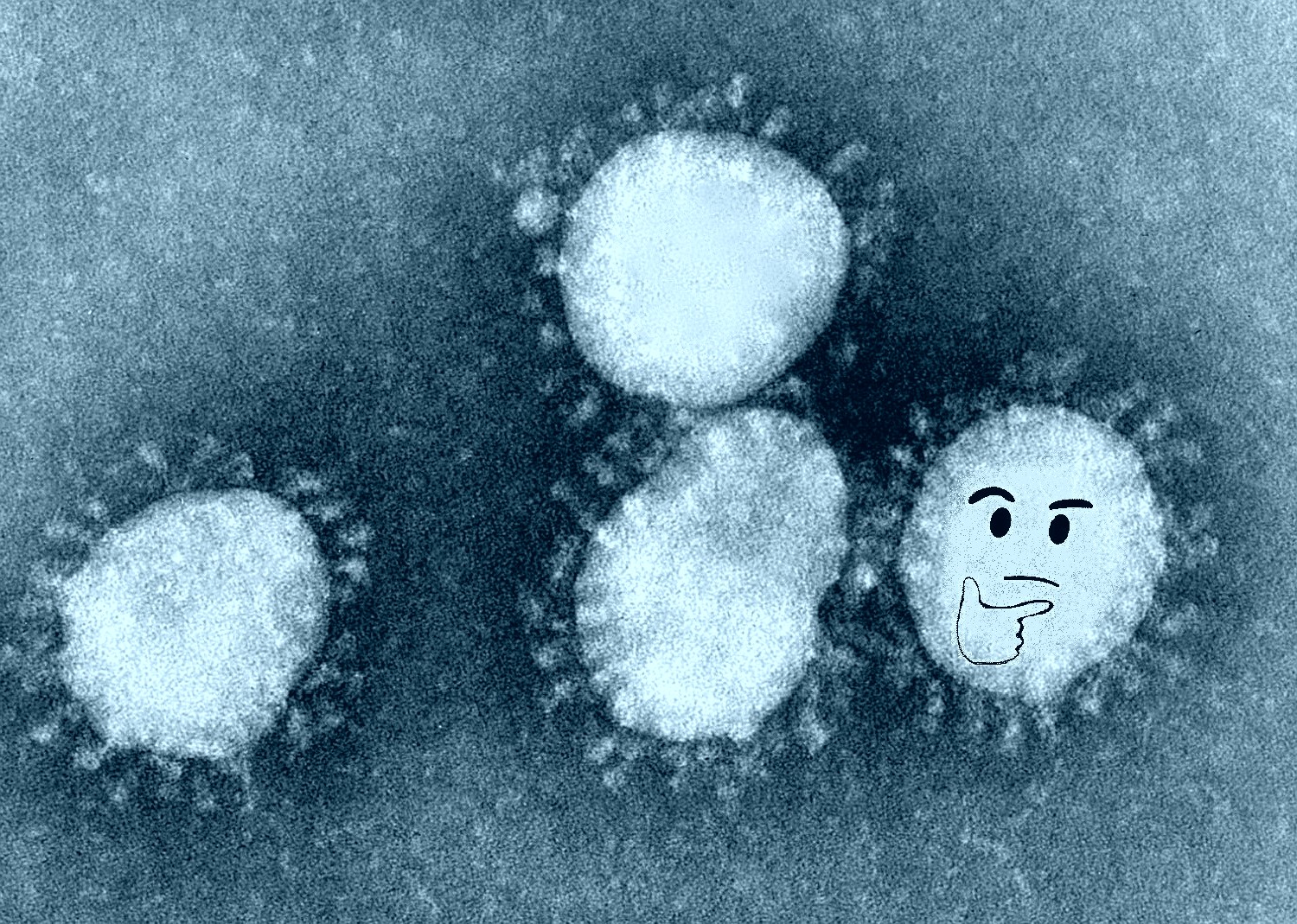 I figured it would be the oldsters in the family who would be my first worry. The grandparents still go to church, play bridge and golf, volunteer; they’re living typical retirees’ lives. They haven’t stopped mingling socially until this week.

But no. Last week I had to worry about my younger kid at college first. Fortunately they only had strep.

All the other symptoms of COVID-19 except for a temperature. With so few tests available in Michigan, unless my kid checked ALL the boxes, there’s no way they’d be tested.

We’re pretty sure it’s not flu because the symptoms were slow onset rather than fast and adult child had a flu shot this year.

The kicker is that someone at work tested positive for COVID-19. It just hadn’t been announced across the business, likely because the business still needed to finish its plan for handling this situation.

Because my adult child couldn’t get a test, their spouse can’t say they’ve been exposed to COVID-19 and is likely now at work, probably spreading this around if indeed my adult child has COVID-19.

I won’t see my older kid or their spouse for a least a month now since we don’t yet know for certain if they have COVID-19 let alone how long exposed persons may be contagious. I dare not take the chance to see them because of my autoimmune disorder — not just because I might come down with COVID-19, but because hospitals may not be able to offer me an adequate level of care if there are no hospital beds or ventilators if one was needed.

When I saw this bullshit tweet this morning I almost levitated.

All the stress of our not knowing individual infection status and potentially exposing even more Michiganders is due to Trump, who instead directs his animosity toward an effective governor who isn’t getting the support she needs from the federal government.

My family and many others in Michigan and across the country are going through this Kafkaesque circus of uncertainty because the grossly-incompetent-when-not-corrupt Trump administration chose not to do the right thing and roll out testing back in January-February so that community acquired infections could be pinpointed earlier.

The one piece missing in this equation: why is it some people can get tested and others can’t? What arbitrary ju-ju allows Oklahoma to offer up a sizable percentage of its available tests for the Utah Jazz basketball players? Why are some political figures able to summon a test when others can’t?

Is this an additional layer of fuckery, not only the limitations on the number of tests available but an invisible prioritization of who can be tested? Does one’s political party affiliation make a difference, or the color of their state when it comes to getting a test for COVID-19 on a timely basis?

The UK did an about-face in its approach toward COVID-19. Boris Johnson backed off the idiocy of allowing the virus to simply run amok through the population to kill its most vulnerable citizens as well as those with the misfortune of being severly to critically ill while UK hospitals are overwhelmed by COVID-19 case load.

However, in spite of the noise made over the Imperial College’s latest assessment of COVID-19’s impact on the UK, nothing is being done. Leadership may have made some noises of surprise over the published mortality numbers but there have been no orders to lock down the country the way France has this past week, or Italy before that.

Instead, Johnson urged Britons to avoid pubs, restaurants and theaters.

He asked that the public only use the NHS “where we really need to.”

In short, a guidance was issued which appears wholly optional. It has no teeth.

Most importantly, Johnson did not order the country’s schools shut down, though young people are believed to be vectors for the virus. Murdoch’s tabloid-y outlet The Sun reports Johnson “hints” at shutting down schools in a few days, though a petition gathered more than 650,000 signatures asking for Johnson to do so immediately.

These numbers were pointedly ignored, though there was moaning at the number of deaths projected by Imperial College’s report — an estimated 250,000 souls. Johnson’s actions to date do little to mitigate let alone suppress COVID-19’S contagion, choices Imperial College explained as approaches to minimizing deaths.

(*Great Britain versus United Kingdom may explain why the numbers shown are lower than a thumbnail analysis based on 67M UK residents x 40% infection rate x 2% case fatality rate.) 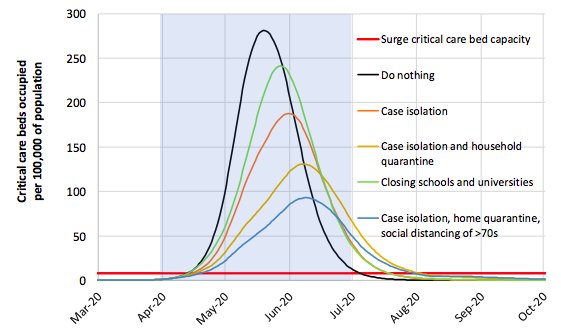 This past weekend the country continued to go to pubs and concerts, looking much like the revelers partying at the Masque while the Red Death roamed outside the walls of the palace.

Being on an island will not protect them, nor will having expressed a desire to leave the EU.

We won’t be able to help them, either; Trump has done little more than Johnson has for the U.S., relying instead on the states to do the heavy lifting of saving American lives.

If we survive this next year, those of us who are most at risk will owe our lives to the efforts of governors like Gretchen Whitmer, who must not only make the impossible happen with limited resources, but with an ignorant, mean asshat president whining about them at the same time.

One of our community members Surfer2099 has been digging away at pharma company Gilead Sciences; the company makes an antiviral drug, remdesivir, which has been used off-label to treat COVID-19 patients. As noted before in previous posts, the medication was shipped to China for tests without normal approval of the FDA.

Bloomberg reported yesterday that China wants to patent remdesivir (link to story at Reddit). It looks like China wants the patent in exchange for having allowed Gilead to test its drug on COVID-19 patients, bypassing the FDA’s test protocols in the U.S.

Surfer2099 noted that Gilead coincidentally launched a merger and acquisition the first week of March. How does such a move fit into the negotiations with China?

Don’t look away from this as remdesivir appears to have widening support in the treatment of COVID-19. If it’s the only drug approved by drug agencies including the FDA, there’s considerable money to be made with tens of millions of COVID-19 patients anticipated over the next 1-2 years.

Fortunately there was a little good news yesterday. A COVID-19 vaccine was injected into the first human volunteer in a Phase 1 trial. If successful, the vaccine will not be available for the public for at least a year and likely longer.

The realistic time frame from this first injection to a public vaccine is at least 12 to 20 months under the best conditions, i.e., no reactions, no other hiccups like supply problems, no interference from outside entities like the Trump administration.

That’s how long we need to practice social distancing — at least 12 to 20 months. Settle in and develop a routine for the long haul.

This is an open thread. How are your friends and family doing with the changes we’ve had to make to our lifestyles?