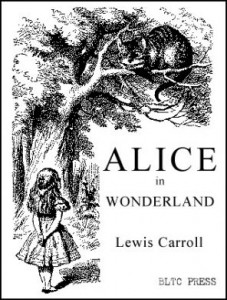 In addition to yesterday’s letter’s explanation that the government needed an extension in ACLU and NYT’s Anwar al-Awlaki drone FOIA because Obama and/or his closest aides–the highest level of the Executive Branch–were getting involved, there was one other interesting phrase I wanted to note: the way in which it portrays the FOIA.

We write respectfully on behalf of the Department of Justice and the Central Intelligence Agency (collectively, the “Government”) to seek a further extension until May 21, 2012, of the Government’s deadline to file its consolidated motion for summary judgment in these related Freedom of Information Act cases seeking records pertaining to alleged targeted lethal operations directed at U.S. citizens and others affiliated with al Qaeda or other terrorist groups. [my emphasis]

That description doesn’t precisely match the request in any of the three FOIAs, which ask for:

ACLU: the legal authority and factual basis of the targeted killing of [Anwar] al-Awlaki, Abdulrahman [al-Awlaki], and [Samir] Khan.

NYT Savage: all Office of Legal Counsel memorandums analyzing the circumstances under which it would be lawful for United States armed forces or intelligence community assets to target for killing a United States citizen who is deemed to be a terrorist.

NYT Shane: all Office of Legal Counsel opinions or memoranda since 2001 that address the legal status of targeted killings, assassination, or killing people suspected of ties to Al-Qaeda or other terrorist groups by employees or contractors of the United States government.

The government seems squeamish, first of all, about repeating the language used in all three of these requests–targeted killing–opting instead for the phrase “targeted lethal operations.” Note, significantly, that these requests, and especially Shane’s, would not be limited to drone strikes, but also would include hit squads.

The government understandably opts not to use the names specified by ACLU, opting instead to use the generic “US citizen” used by Savage.

Equally understandably, it uses Shane’s language to describe the target: “Al-Qaeda or other terrorist groups.” But I find the adoption of Shane’s formulation significant, because it is much broader than the language from the AUMF:

those nations, organizations, or persons he determines planned, authorized, committed, or aided the terrorist attacks that occurred on September 11, 2001, or harbored such organizations or persons

And somewhat broader than the language from the NDAA:

person who was a part of or substantially supported al-Qaeda, the Taliban, or associated forces that are engaged in hostilities against the United States or its coalition partners

Now, it’s not just Shane’s language that broadens the scope here. None of the three requests mention AQAP, which would at least give the government the ability to focus on questions about how it decided that Awlaki was a legitimate target under the AUMF (on that topic, note this exchange between Robert Chesney and Bruce Ackerman). Both NYT requests ask for information about targeting terrorists generally. Which might get into some interesting targeting decisions both specific to Pakistan (for example, the original decision to target Beitullah Mehsud–and therefore the Pakistani Taliban–was based on a potentially erroneous information about a dirty bomb) and more generally in places like Gaza or Iran or Latin America.

END_OF_DOCUMENT_TOKEN_TO_BE_REPLACED

Another senior official expressing caution about the plan was Kathryn Ruemmler, the White House counsel. She cautioned that the disclosures could weaken the government’s stance in pending litigation. The New York Times has filed a lawsuit against the Obama administration under the Freedom of Information Act seeking the release of the Justice Department legal opinion in the Awlaki case. (The department has declined to provide the documents requested.)

The suggestion here is that White House Counsel Kathryn Ruemmler didn’t want to affirmatively reveal details about Awlaki’s killing because doing so would mean they’d have to reveal details in the ACLU and NYT’s FOIAs for … the same information.

That never really made sense (though I never dwelt too much on it because the Administration’s stance on secrecy rarely makes sense).

But in the last few days, I’ve been wondering if Ruemmler was thinking not about the drone FOIA–about revealing details of one element authorized by the Gloves Come Off MON–but instead thinking about the MON itself. After all, if the government reveals one (torture) after another (drones) of the programs authorized by the Gloves Come Off MON, then it gets harder and harder to claim the whole MON must remain secret. And remember, still to be litigated in the torture FOIA is the MON itself, in addition to what I believe are references to it in the title of the Tenet memo.

And while this may mean nothing, the government has been stalling on its response to the drone FOIA. Back on April 9, the government asked for 10 more days to respond to the FOIA. Judge Colleen McMahon responded by snipping, “Ok, but dont ask for any more time. If government official can give speeches about this matter without creating security problem, any involved agency can.” Yet in spite of her warning, they asked for an additional month-long extension today.

We write respectfully on behalf of the Department of Justice and the Central Intelligence Agency (collectively, the “Government”) to seek a further extension until May 21, 2012, of the Government’s deadline to file its consolidated motion for summary judgment in these related Freedom of Information Act cases seeking records pertaining to alleged targeted lethal operations directed at U.S. citizens and others affiliated with al Qaeda or other terrorist groups. Attorney General Eric H. Holder, Jr. has personally directed us to seek this additional time to allow the Government to finalize its position with regard to the sensitive national security matters presented in this case.

We are mindful of the Court’s admonition in its April 9, 2012, order that the Government not seek an further extensions of its briefing deadline, and we do not take this request lightly. Given the significance of the matters presented in this case, the Government’s position is being deliberated at the highest level of the Executive Branch. It has become clear that further consultation and discussion at that level of the Executive Branch is necessary before the Government can make its submission to the Court.