It’s not even 7:00 a.m. here as I start to write this post, and the day is already frantic — like Mussorgsky’s Night on Bald Mountain. I don’t expect a placid ending to the first day of this week, either.

Strap in, lock and load.

Volkswagen on a roll — downhill, fast

Another energy industry executive dead
Josh Comstock, CEO of C&J Energy Services in Houston, Texas, died unexpectedly on Friday. He passed away in his sleep at age 46. Comstock was a supporter of NHRA drag racing. His company, which provided hydraulic fracturing (fracking) services, lost considerable value over the last year with the sharp drop in oil prices and field development.

Oil dudes are under a lot of stress these days.

And it being a Monday, so are we. Relax when you can, gang. I’m clocking out.

We made it to Friday! Yay! And that means another jazz genre. This week it’s shibuya-kei, a sub-genre/fusion born of Japanese jazz. Our sample today is by Kenji Ozawa. Note how damned perky it is, blending jazz elements with pop and synthpop. Its cuteness might also be described as kawaii, but that’s a whole ‘nother topic.

Get your mellow on and jazz your Friday up.

Urgent: Update Adobe Flash immediately if you apply patches manually
Go to this Security Bulletin link at Adobe for details. The update fixes 23 vulnerabilities, one or more of which are being used in exploits now though information about attacks are not being disclosed yet. And yes, this past Tuesday was Patch Tuesday, but either this zero-day problem in Flash was not known then, or a solution had not yet been completed, or…whatever. Just make sure you check all your updates, with this Adobe Flash patch at the top of the list.

USDOJ doing its PR thing on #AppleVsFBI
After reports this week that FBI director James Comey was a political liability in the case against Apple, U.S. Attorney General Loretta Lynch appeared on Stephen Colbert’s The Late Show to make the case for Apple writing code as requested by USDOJ. She said,

“First of all, we’re not asking for a backdoor, nor are we asking anyone to turn anything on to spy on anyone. We’re asking them to do what their customer wants. The real owner of the phone is the county, the employer, of one of the terrorists who is dead,”

Right. And my iPhone-owning kid wants a ham sandwich — will Apple write an app on demand for that, just because my kid’s the owner of the iPhone?

Look, nearly all software is licensed — the San Bernardino shooter’s iPhone may be property of the county that employed him, but the iOS software is property of Apple. Maybe Lynch needs a ham sandwich, too, a little boost in blood sugar to grok this point.

I’m out of here — have a great weekend!

I should just dedicate Fridays to different genres of jazz. Today feels like a good day for Afro-Cuban jazz.

This chap, Francisco Raúl Gutiérrez Grillo, who performed under the name Machito with his Afro-Cubans, was an incredibly important innovator shaping Afro-Cuban jazz as well as modern American music. He was important to race in the music industry as well, as his Afro-Cubans may have been the first multi-racial band.

I’m brewing some Café Bustelo before I bust out my dancing shoes. ¡Vamonos!

Judge applies ‘Parkinson’s Law’ to VW emissions cheat case
You know the adage, “work expands so as to fill the time available for its completion”? U.S. District Court Judge Charles Breyer gave Volkswagen 30 days to come up with a fix* for all the emissions standards cheating passenger diesel engine cars in the class action lawsuits he oversees in San Francisco. Gotta’ love this:

As time passes, vehicle owners are increasingly damaged as no one wants to buy their cars and their investment is lost. Hence the aggressive time limit.

Rough road ahead in Saudi Arabia to a post-oil world
This piece in WaPo paints a grim picture of cheap oil’s impact on Saudi Arabia — and there are huge pieces missing. Worth a read while asking yourself how much Saudis are spending on military efforts against Yemen and Syria, and what new industries they’re investing in to replace oil-based employment.

Took long enough: Software and social media firms get Apple’s back
Did their legal departments finally read the case thoroughly and realize they had skin in this game, too? Who knows — but Google as well as Microsoft are planning to file amicus briefs in support of Apple. Microsoft had already indicated they would support Apple in a congressional hearing yesterday morning; Google piped up later. The latest skinny is that Facebook and Twitter both intend to file briefs as well in favor of Apple. Looks like Microsoft’s current management took an 180-degree turn away from progenitor Bill Gates’ initial response, hmm?

That’s a wrap on this week. Keep your eyes peeled for news dumps while folks are still picking apart last night’s GOP-cast reality TV show. And make time to dance.

EDIT — 8:40 AM — Ugh, why didn’t the Detroit News publish this piece *yesterday* instead of a Friday morning? Michigan’s Gov. Snyder’s “inner circle” exchanged emails advising a switchback from Flint River a year before the switchback took place, and only three weeks before Snyder’s re-election. There was enough content in this to go to press without waiting for a quote from one of the former advisers. 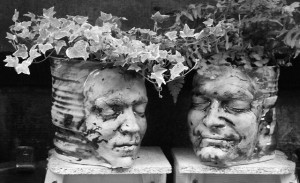 Eh. Not so much. I can’t think of many working folks who greet Monday morning with joy, finding it a beautiful thing. But according to old English folk tales, a Monday birthday was supposed to bring better luck.

What good luck will today bring?

Dripping blood tips off discovery of dead body and millions in currency on plane
Reads like a murder-mystery novel, right? Except that this happened Sunday in Zimbabwe at Harare International Airport. Airport staff noticed blood leaking from the plane during refueling, after which an investigation began, revealing a dead body inside the plane and millions in South African rand on board. The plane was registered to Western Global Airlines of Florida and had been flying from Germany to South Africa. What are the odds we never hear of this plane, the body, or the currency again?

Volkswagen chief knew in 2014 U.S. would investigate; Germany wants spot checks
From scandals like Watergate, the U.S. knows the coverup is often worse than the crime. Looks like Volkswagen will learn this, too. Martin Winterkorn, VW’s former CEO, knew in May 2014 that U.S. officials suspected emissions controls defeat devices in VW’s diesel passenger vehicles. BUT…this is not quite news, as the study revealing VW’s non-compliant emissions were reported in May 2014, in a public forum, where VW asked about the results. What did Winterkorn know, and when did he know it?

Germany’s Transport Minister Alexander Dobrindt said yesterday, “There will be controls on vehicles in the style of doping tests (for athletes), …Unannounced and every year.” Dude. Come on. The defeat device evaded random tests in U.S. states like California. Random spot checks will NOT ensure emissions controls work. Only random road tests capturing real world driving outputs will do that. Dobrindt said a draft proposal outlining the test measures would be submitted to the Bundestag on Thursday. Will the lower parliament get wise to this problem?

British teen arrested for the hack on FBI, DHS, CIA director’s email, more
“I am innocent until proven guilty so I have nothing to be worried about…They are trying to ruin my life,” the 16-year-old said after his arrest last week. The most recent hack the teen is accused of included the “leak” of 30,000 FBI and DHS personnel contact information. He’s accused of being a member of Crackas With Attitude (CWA); CWA has said the hacking of CIA director Brennan’s email was “so easy to hack Brennan that ‘a 5-year old’ could have done it.” Doesn’t sound like mad hacking skillz required to pose a threat to law enforcement.

UK’s Investigatory Powers Tribunal said hacking devices by intelligence doesn’t violate human rights
British Foreign Secretary Philip Hammond believes the IPT’s ruling last week is fair, but of course, he would. The case pressed by Privacy International forced the UK’s intelligence agency GCHQ to reveal the use of mass surveillance using computer network exploits (CNE). The case can’t go any further in the UK, but could be reviewed in the EU. Wonder if these same CNE were deployed to identify the 16-year-old teenager charged with hacking Brennan?

From Department of Creepy Spouses: Man + Wife’s FitBit Data + Reddit = PG
A man asked a Reddit forum about wife’s unusual FitBit data and learned she’s pregnant. I would kick this butthead to the curb so fast if he’d been my spouse. Talk about a violation of privacy, let alone a breach of intimacy between married partners. I can only imagine how this discovery will influence hackers snooping wearable devices.

Not looking like good luck today after all. Perhaps better luck tomorrow?