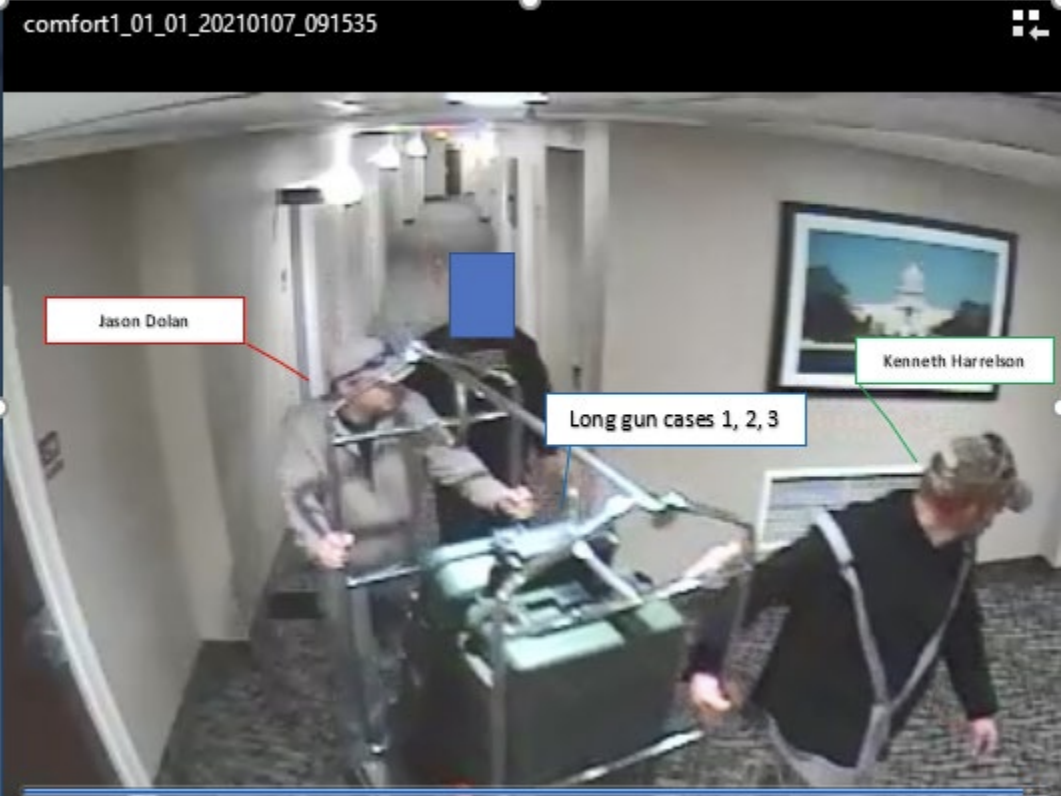 The government arrested Stewart Rhodes today and charged him with other Oath Keepers in a seditious conspiracy indictment. Effectively, this charges everyone who conspired — including by participating in the planning — to bring weapons to Virginia on January 6 (and spins the other Oath Keepers off onto their own indictment). The charges effectively incorporate the material from this post on the Quick Reaction Force and this post on discussion of an insurrection after January 6, with additional details on Rhodes and Edward Vallejo, the guy who organized the QRF.

The charges are, at once, no big deal, because they’re really just the same conspiracy charged in a different way with two conspiracies added. They’re a huge deal, because now Republicans will be hard pressed to continue to downplay January 6. And they’re a solution to some problems and a tool to move on.

First consider the problems DOJ was trying to solve:

Now consider how this works as a tool. For some reason, the government has moved Jonathan Walden to his own charges separately. And Mike Simmons, who in all earlier indictments was called “Person Ten,” here is just described as “operational leader,” which suggests he’s no longer treated as a co-conspirator, either.

Though Kenneth Harrelson released some of the key communications from the Willard Hotel from earlier in the day, those still don’t show up in this indictment. So the government is remaining coy about what it knows about coordination with people at the Willard Hotel. That’s probably because it still needs others to flip — Joshua James would be ideal, but Roberto Minuta might be useful as well — to confirm whatever Mark Grods and Mike Simmons (if he is cooperating) were able to offer about it.

But they are making it clear that they know more about some communications they’ve been talking about for some time. Here’s my favorite.

I noted in April that this was probably a conference call. They seem to suggest they may know the content of it.

In addition, this indictment confirms that Kelly Meggs hunted Nancy Pelosi down (and that the rest of the stack went towards the Senate, as if hunting for Pence).

As mentioned, they’ve added a bunch of charges:

What this does is raise the sentencing exposure for the co-conspirators from around 20 years to, with terrorism enhancements for the broken door, maybe 80. It backstops the sedition charges (with the original obstruction charge, but also with the 372 charge) so white terrorists won’t be able to beat the charges. It charges all the other efforts to obstruct this investigation.

But it’s the latter new charge I’m most interested in, even more than sedition:

If two or more persons in any State, Territory, Possession, or District conspire to prevent, by force, intimidation, or threat, any person from accepting or holding any office, trust, or place of confidence under the United States, or from discharging any duties thereof, or to induce by like means any officer of the United States to leave the place, where his duties as an officer are required to be performed, or to injure him in his person or property on account of his lawful discharge of the duties of his office, or while engaged in the lawful discharge thereof, or to injure his property so as to molest, interrupt, hinder, or impede him in the discharge of his official duties, each of such persons shall be fined under this title or imprisoned not more than six years, or both.

This is what Eric Swalwell has argued some of these same people did. But it is, more clearly, what Donald Trump did to Mike Pence.

This indictment will, presumably, impress all those who’ve been wailing the existing 20 year charges the Oath Keepers were facing were not adequate. But it may also clear a path to move up the chain.

Update: Correcting that Walden must be cooperating. I think that’s a misreading.