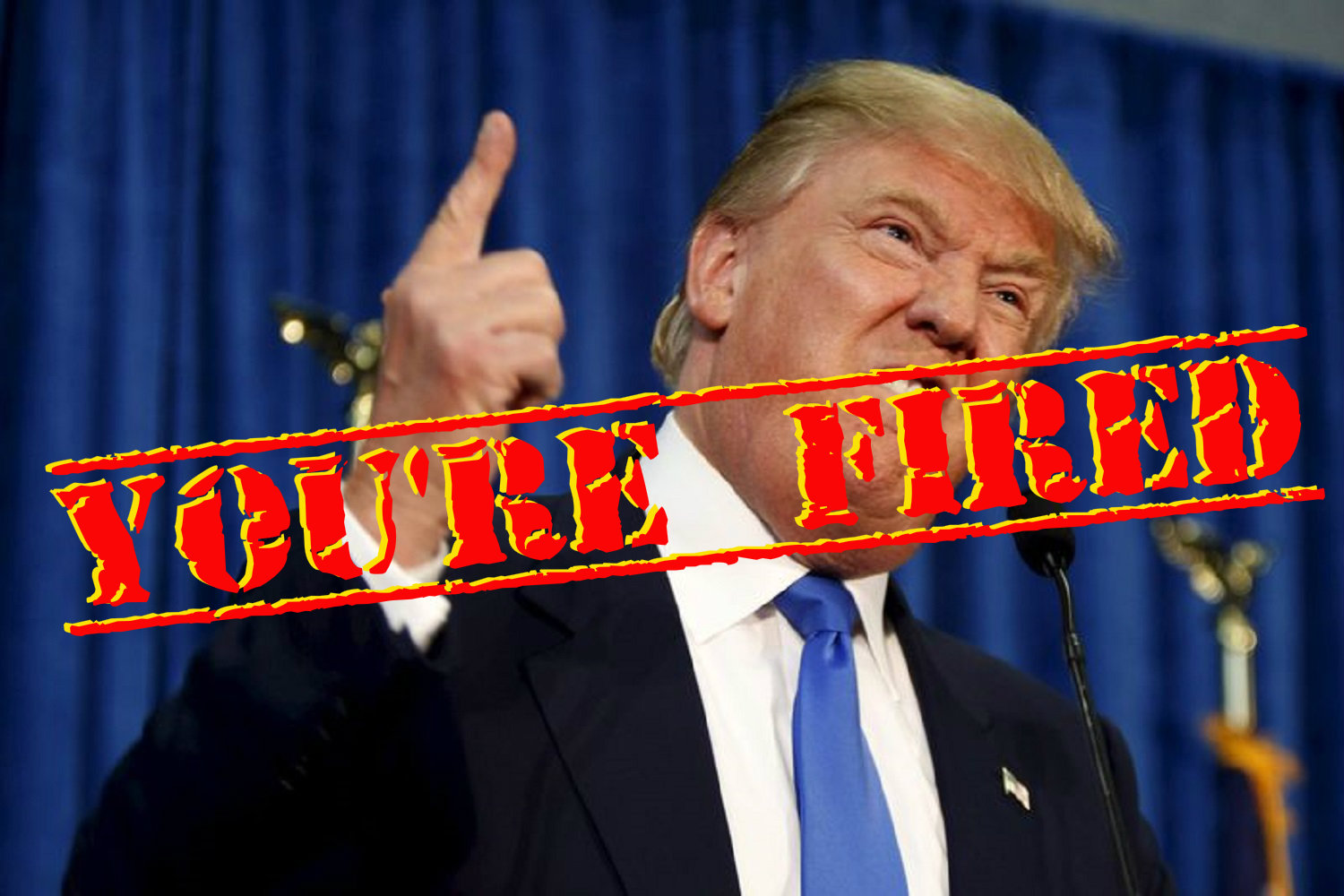 You’d think we were all in Newfoundland buried beneath multiple feet of snow given the blizzard of bullshit Trump and his reality TV cast have been spewing.

I JUST GOT IMPEACHED FOR MAKING A PERFECT PHONE CALL!

Many have speculated that Trump can’t read; the above tweet is one more piece of evidence in their favor, because he’s clearly not read the rather simple Articles of Impeachment.

He can read because in addition to typing stupid tweets he manages to scratch out legible crap on paper using a Sharpie pen, writ large enough that passing cameras can read it. 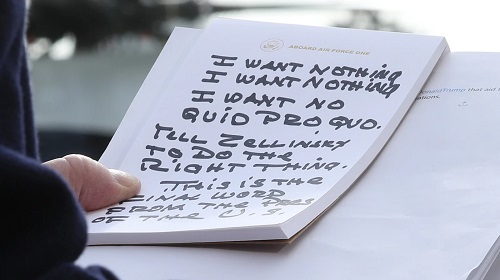 Sure, we believe you, big guy. You didn’t want a quid pro quo BUT you told Zelensky you want him to “do the right thing,” leaving the possibility of future cooperation hanging in the air and $35 million in U.S. aid allocated by Congress still undelivered the day before this note was Sharpied.

Not bribery. Not extortive at all, with hundreds of Ukraine’s citizens dying due to Russian aggression.

But Trump’s ethically-challenged brain trust has his back, issuing a letter rebutting the House’s impeachment. They claim he can’t be impeached because [—enter bullshit excuse du jour—].

Like Alan Dershowitz’s ridiculous claim that Trump didn’t do anything illegal and therefore can’t be impeached.

One of the arguments consistently made by Trump, his consent-challenged attorneys, and the right-wing monkey horde is that impeachment nullifies the 2016 election.

Putting aside the legitimacy of an election questionably won with foreign interference he solicited right in front of the American public on camera, impeachment isn’t a criminal prosecution. It’s a Constitutional act by which the people through their representatives indict the president for “Treason, Bribery, or other high Crimes and Misdemeanors” — it’s not a nullification.

Can’t believe I’m actually posting anything by Cato Institute, but this fairly brief explainer is straightforward:

Using the power it alone possesses,the House of Representatives impeached Trump for high crimes and misdemeanors consisting of abuse of office and obstruction of Congress.

In Trump’s abuse of office he acted illegally; these acts may yet be prosecuted once he leaves office if they are still within statue of limitations:

There may be more illegal acts upon further investigation. We still don’t have all the details about the threat to former ambassador Marie Yovanovitch, for example.

The illegal acts themselves are not laid out in the Articles of Impeachment, offering instead only the high-level assessment that Trump invited foreign interference in the 2020 election for his own personal gain while damaging U.S. national security interests and in violation of his oath to faithfully execute the law. He obstructed Congress as they investigated his abuse of office.

The House was too kind by half, sparing him a detailed recitation of his illegal behaviors within the Articles.

A conviction by the Senate — unlikely as it is because its GOP majority is hapless and nearly as corrupt as Trump — won’t nullify the 2016 election. It would result in succession by Vice President Mike Pence, acknowledging both the election and the established order of succession.

And it would tell Trump what he truly deserves to hear for failing to do his job, that of faithful execution of this country’s laws, upholding the Constitution.

It’s a pity Trump and his legal minions refuse to accept the House has found ample grounds to tell Trump his work performance is unacceptable.

More than half of the U.S. don’t approve of Trump’s job performance as well. It’d be nice if the Senate GOP found a spine, convicted Trump, and told him in simple, familiar terms he knows all too well that he’s fired.