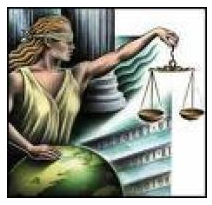 So, here, the TTAB has taken it upon itself to restrict, at least in some regards, the free expression of the Redskins, via refusal to extend the same protection offered other “acceptable” speech and they do so by obvious decree of a governmental entity. Now the TTAB decision made out a VERY thorough and facially compelling case for END_OF_DOCUMENT_TOKEN_TO_BE_REPLACED 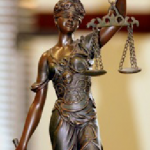 Since there is, without any real question, more than sufficient evidence to convict Tsarnaev without the need for admissibility of any verbal confession or other communicative evidence he may have provided the members of the HIG (High Value Detainee Interrogation Group), the real END_OF_DOCUMENT_TOKEN_TO_BE_REPLACED 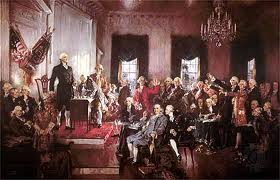 Who are “they”? They are, of course, the ubiquitous Article II Executive Branch. And they have a never ending thirst for usurping power, all in the name of efficacy. It is always necessary, it is always an emergency, there is always a reason, for them to take the power. They are the Daddy Branch, and it is always best to trust them. So they say.

Back when “they” were the Bush/Cheney regime, liberals, progressives, and Democrats in general, had a seriously dim view of accumulation and usurpation of power in a unitary Executive. When Dick Cheney, David Addington and John Yoo contorted existing law, gave it application never intended, and manufactured legal and governmental gimmickry to accomplish stunningly naked Executive power grabs, those on the left, especially the blogosphere, screamed bloody murder. Well, that is precisely what is afoot here with the Mint the Coin! push.

Where is that principled set of voices on the left now? Things are different when it is your guy in office I guess. Because the active liberal/progressive left I see out there is currently screaming to “Mint the Coin!” doesn’t seem to realize they are calling for the same type of sham rule of law that John Yoo engaged in.. This is most curious, because “Minting the Coin!” contemplates a naked power grab by the Executive Branch of historic proportions. It is a wholesale taking of the Congressional purse prerogative under the Constitution. But, hey, its an “emergency”. Of course. It always is when the Article II Executive Branch comes to feed in the name of efficacy.

What is the value of Separation of Powers, and constriction of Constitutionally assigned powers to the branch to which they were assigned, and what is the value in insuring that an imperial Executive Branch does not usurp too many powers? Let James Madison, in Federalist No. 47 explain:

No political truth is certainly of greater intrinsic value, or is stamped with the authority of more enlightened patrons of liberty, than that on which the objection is founded. The accumulation of all powers, legislative, executive, and judiciary, in the same hands, whether of one, a few, or many, and whether hereditary, selfappointed, or elective, may justly be pronounced the very definition of tyranny. Were the federal Constitution, therefore, really chargeable with the accumulation of power, or with a mixture of powers, having a dangerous tendency to such an accumulation, no further arguments would be necessary to inspire a universal reprobation of the system. I persuade myself, however, that it will be made apparent to every one, that the charge cannot be supported, and that the maxim on which it relies has been totally misconceived and misapplied. In order to form correct ideas on this important subject, it will be proper to investigate the sense in which the preservation of liberty requires that the three great departments of power should be separate and distinct.
….
The constitution of Massachusetts has observed a sufficient though less pointed caution, in expressing this fundamental article of liberty. It declares “that the legislative department shall never exercise the executive and judicial powers, or either of them; the executive shall never exercise the legislative and judicial powers, or either of them; the judicial shall never exercise the legislative and executive powers, or either of them. ” This declaration corresponds precisely with the doctrine of Montesquieu, as it has been explained, and is not in a single point violated by the plan of the convention. It goes no farther than to prohibit any one of the entire departments from exercising the powers of another department (Publius, Federalist 47).

What is the import of the Congressional “Power of the Purse”? As James Madison said in END_OF_DOCUMENT_TOKEN_TO_BE_REPLACED

Adam Liptak has a pretty interesting article up in today’s New York Times on the relative free speech strength of the Supreme Court under the leadership of John Roberts.

A recent study challenges that conclusion. It says that a comprehensive look at data from 1953 to 2011 tells a different story, one showing that the court is hearing fewer First Amendment cases and is ruling in favor of free speech at a lower rate than any of the courts led by the three previous chief justices.

It is no joke that such has been the “conventional wisdom” about free speech in the Roberts era. The validity and veracity of that claim have always mostly escaped me though, and not solely, nor even predominantly because (as the eminent Floyd Abrams argues in Adam’s piece) because of the dreaded progressive evil hobby horse, Citizen’s United.

The root numbers derive from an article by Monica Youn at the American Constitution society’s ACSBlog, which in turn were reviewed for NYT by Lee Epstein and Jeffrey Siegal, who previously wrote a comprehensive law review article (excellent I might add) on the topic in the Journal of Law & Policy. While the root numbers and percentages are interesting, and certainly support the proposition that the Roberts Court is really not all that on the First Amendment free speech protection; they really do not tell the full story of how much, and why, this is really the case.

While both Liptak and Youn discuss some of this depth, I want to emphasize the real nature of the intellectual, and ideological, dichotomy of Roberts court jurisprudence. The Roberts Court has indeed engaged in some notable free speech engagement, but it has been almost entirely in the service of what I would call the “corporatist ideology”. The corporatist ideology is not limited to just corporations and their investors that underpin them, but also to the governmental and military/industrial complex that is now one with business power.

I do not know that I have ever seen a better description of the corporate/government linkage than that offered by Montana Supreme Court Judge Nelson in his dissent in the recent Western Traditions case:

The truth is that corporations wield inordinate power in Congress and in state legislatures. It is hard to tell where government ends and corporate America begins; the transition is seamless and overlapping.

Oh so true, and the same increasingly applies to the courts as well, especially via the Federalist Society mindset that courses rampant in federal courts, including at SCOTUS in the Roberts conservative bloc.

This manifests itself in the legal and factual nature of the Roberts Court’s free speech jurisprudence. As Liptak points out, a “majority of the Roberts court’s pro-free-speech decisions END_OF_DOCUMENT_TOKEN_TO_BE_REPLACED